What is Patrick Mahomes net worth? | Other Fun Facts About Him

What is Patrick Mahomes net worth?

Who is Pat Mahomes? 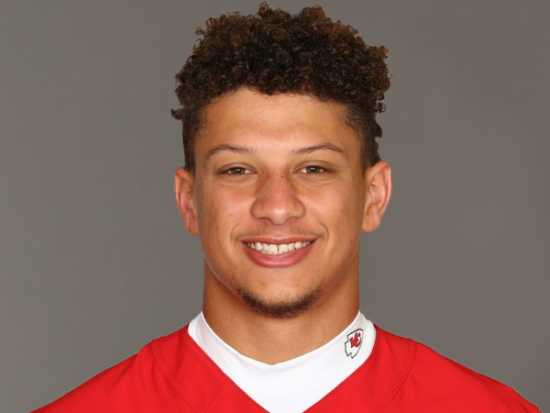 Patrick Lavon Mahomes Jr. was born on September 17, 1995, in Tyler, Texas. He went to Whitehouse High School in Whitehouse, Texas.

He chose Texas Tech as his college and attended from 2014-2016, where he played NCAA football. After college, he decided to go into the NFL draft, where he was in round one and picked tenth.

The Kansas City Chiefs picked him in the 2017 NFL draft to be their quarterback. He was on the team since 2017. He wears the number 15 on his jersey.

Mahomes was a backup quarterback his first season with Kansas City. However, om 2018, Mahomes was named a starting quarterback after the Chiefs traded Alex Smith to the Redskins.

In 2018, Mahomes was the only quarterback in history to throw over 5,000 yards in a season in college and the NFL. He’s in good company with Peyton Manning.

Mahomes was also the first quarterback since Tom Brady to win Offensive Player of the week back-to-back weeks.

At 25, this game-winning TD (NFL record 12th TD of the playoffs/ 3rd TD of the day) already putting him 1 game-winning SB TD behind Tom. pic.twitter.com/ErbumUBxgq

Mahomes also has an AFC championship, Bert Bell Award, FBS Passing yards leader in 2016, First-team All-Pro in 2018, and Second-team All-Pro in 2020. The list of awards goes on and on. Astonishingly, he is so decorated to be so young.

Patrick Mahomes’s career with Kansas City has been very successful so far. He has 1,687 passing attempts, 1,114 passing completions, 66% completion percentage, and his passer rating is 108.7.

Patrick Mahomes is an all-around amazing NFL player that has a great career ahead of him. He has very supportive parents and family that surround him.

What nationality is Pat Mahomes?

Patrick Mahomes is a U.S citizen. His mother is Randi Martin, and she is white. His father, Patrick Mahomes, Sr. Is black. They divorced when Patrick was 11 years old.

The parents have always been civil to one another due to Patrick being their son. They are both able to watch his games together with no problems between the two of them.

Patrick Mahomes Sr. was a professional athlete as well. He played Major League Baseball. He was a pitcher. Patrick Mahomes’ mother, Randi, is very supportive of her son and his brother Jackson and Mia.

His family is still close even though his parents split up. Even though Patrick Mahomes is a very busy person, he still takes time for community events and more. 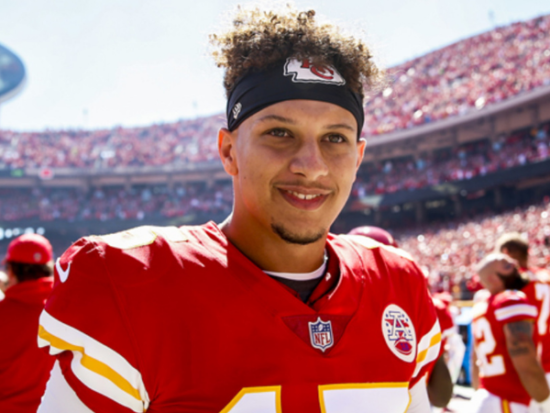 Not only does Mahomes stay busy on the football field, but he also has a charity called 15 and the Mahomies.

The 15 and Mahomies Foundation supports children and their families. The Foundation helps children by getting them resources to stay in shape, healthy, and provide a better life.

Mahomes has been an advocate for voting throughout his career.

Patrick Mahomes is engaged to his fitness guru, Brittany Matthews. Mahomes and Matthews have a four-month-old daughter, Sterling Skye.

Patrick Mahomes drives a Ferrari 812 Superfast. His house is about 3,759 square feet, and it is located in Kansas City.

He lives in a very private community. The home has three bedrooms and is worth $1.9 million. In 2017, Mahomes was given a million signing bonus, amongst other things, from the Chiefs.

How much does Mahomes make a year?

Patrick Mahomes recently signed a deal with the Kansas City Chiefs. This contract extension would pay him about half a billion dollars, and he would stay with the team through the 2031 season.

Mahomes has a very nice salary. He makes $39.8 million per year. He will average $45 million per year starting in 2022. This is because of his extended contract with the Chiefs.

The first of Mahomes’ endorsement deals was Hunt’s. He has dealt with Oakley, Essentia Water, Hy-Vee, State Farm, DirecTV, Adidas, and Head & Shoulders.

Mahomes is also the first player from the Chiefs to be on Madden NFL 20, the video game. These endorsements bring in about $7 million each year.

With all the endorsements and his pay from the Chiefs, this NFL pro is worth quite a bit.

What is the net worth of Patrick Mahomes?

Patrick Mahomes’ celebrity net worth is $30 million. However, Mahomes has several endorsements, as well as investments.

Mahomes joined the Kansas City Royals ownership group in July 2020. He is a minority stakeholder with the Royals. He joined up with Kevin Durant, Eli Manning, and Rory Mcllroy, investing in Whoop’s technology company.

Kansas City Chiefs quarterback Patrick Mahomes is a great NFL player. He is talented on and off the field. He wants to help better the future for children and families everywhere.

Mahomes has a new baby daughter that he brags about on social media, his fiance’, and he seems to be living the dream that every young boy wants.

He is one of the best NFL players right now, and we cannot wait to see what is in store for Patrick Mahomes and his family. If he keeps up the good work, there could be another Super Bowl ring in his future.