Rescue-and-recovery teams resumed picking through the rubble of a partially collapsed Florida condominium complex on Thursday, nearly 15 hours after the search for scores of victims believed buried in the rubble a week ago was suspended for safety concerns.

The renewed search effort began, apparently on a limited basis, shortly after a visit to the site by U.S. President Joe Biden, who pledged federal assistance and offered comfort to the families of those killed and missing in the oceanfront town of Surfside, adjacent to Miami Beach.

Biden, whose personal experience with tragedy has helped define his political career, traveled to Florida to reprise the role of “consoler-in-chief” a week after the 12-story Champlain Towers South condo partially caved in overnight as residents slept.

The confirmed death toll stood at 18 after the recovery of six more victims whose deaths were confirmed on Wednesday, including two children, aged 4 and 10, Miami-Dade County Mayor Daniella Levine Cava said on Thursday. 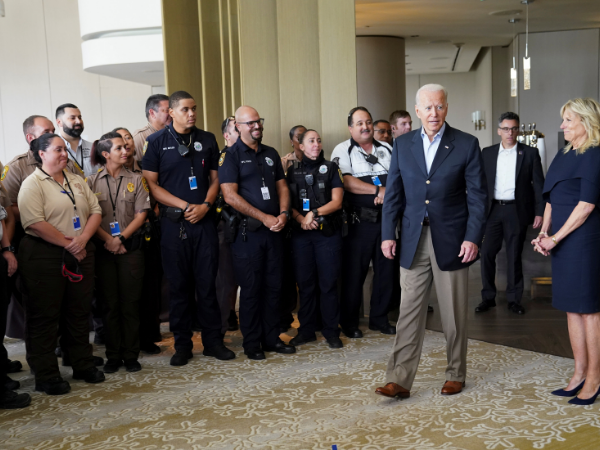 Another 145 people remained missing and feared trapped in the heaps of pulverized concrete, splintered lumber and twisted metal. Levine Cava announced that searching the mounds of rubble restarted at about 4:45 p.m. local time once authorities determined that it was safe to do so.

The operation, which had continued around the clock since shortly after the collapse, was paused at about 2 a.m. on Thursday when movement detected in the debris field raised concerns that a portion of the high-rise still standing might collapse onto search teams.

“Additional engagement in other grids will be reassessed in future operational periods,” Cominsky said.

The mayor, too, citing ongoing uncertainty over structural integrity of the site, said, “we’re continuing to restrict access to the collapse zone.”

It was unclear, however, whether areas reopened to the search were smaller than before operations were halted.

Biden acknowledged that hopes of finding any survivors dimmed with each passing day, but said it was possible someone might still be pulled out alive.

“Hope springs eternal,” he said at a news conference at the nearby St. Regis hotel after meeting privately with affected families and before viewing flowers and posters woven into a fence as an impromptu memorial near the ruins. 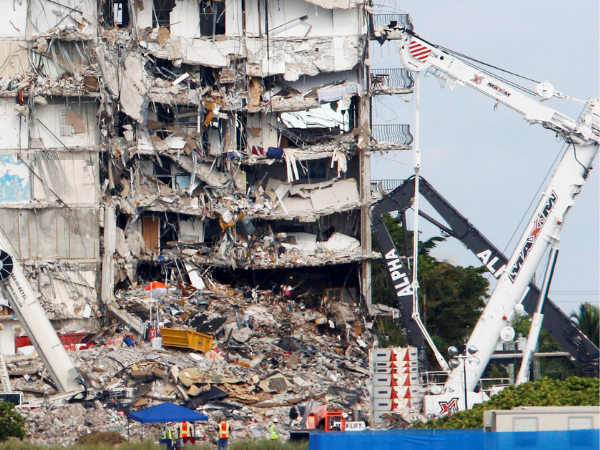 Rescue efforts are halted at the site of a partially collapsed residential building in Surfside, near Miami Beach, Florida, U.S. July 1, 2021. REUTERS/Joe Skipper

“The whole nation is mourning with these families. They see it every day on television, they’re going through hell,” he told reporters. “I sat with one woman who lost her husband and her little baby boy and didn’t know what to do.”

Biden earlier attended a briefing with state and local officials, including Governor Ron DeSantis, widely seen as a potential Republican presidential candidate in 2024.

Biden, a Democrat, told them he would deliver “whatever you need” and said he expected the federal government would cover the full the county and state costs and provide temporary housing for survivors.

The president also met with first responders who have been searching for victims at the site.

Levine Cava said engineers were devising plans to safely demolish the section of the 12-floor condo that remained standing while teams pressed on with their search efforts.

But Federal Emergency Management Agency (FEMA) structure specialist Scott Nacheman said it would take weeks to even “determine what the definitive time line is going to be.” 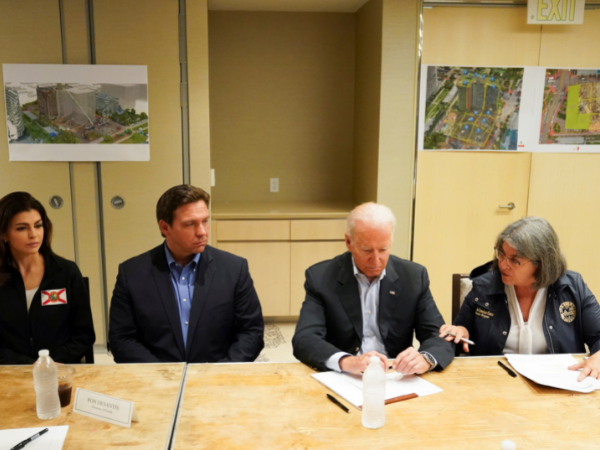 Authorities said they have not given up all hope of finding survivors, but nobody has been pulled alive from the wreckage since the early hours of the disaster.

“They were searching for a female voice, is what we heard, for several hours,” he said. “Eventually, we didn’t hear her voice anymore.”

Officials also kept a watchful eye on Tropical Storm Elsa, which formed over the Atlantic and could begin to lash South Florida with heavy rain and winds by late Sunday, potentially hampering search operations.

Thursday’s trip marked Biden’s second visit to the scene of a disaster since becoming president in January. In February, he traveled to Texas after a deadly winter storm left millions without power or clean water for days.

In one emotional moment of Biden’s Florida visit described by Surfside Mayor Charles Burkett, the president consoled a 12-year-old girl who Burkett said had been seen praying next to the rubble for her missing father. 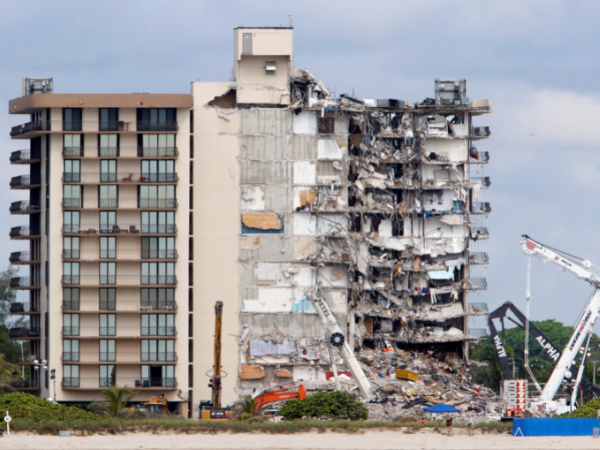 Rescue efforts are halted at the site of a partially collapsed residential building in Surfside, near Miami Beach, Florida, U.S. July 1, 2021. REUTERS/Joe Skipper

“The president embraced her, gave her words of comfort and was grandfatherly and wonderful to her, and it actually made her day,” Burkett recounted.

Investigators have not determined what caused nearly half of the 40-year-old condo complex to crumble in one of the deadliest building collapses in U.S. history.

But a 2018 engineering report prepared ahead of a building safety-recertification process found structural deficiencies in the 136-unit complex that are now the focus of inquiries.