Famous people who died in 2021 | Everything You Need to Know

Who were the famous people who died in 2021? Goodbyes are the last thing you would like to utter to somebody, whether a close relative or just a simple acquaintance. But, unfortunately, this year of 2021, a few celebrity deaths leave their fans, family, and friends heartbroken. With these people reeling from their loss, those famous people who died in 2021 and 2020 deserve honorary recognition.

Who is the oldest living celebrity? 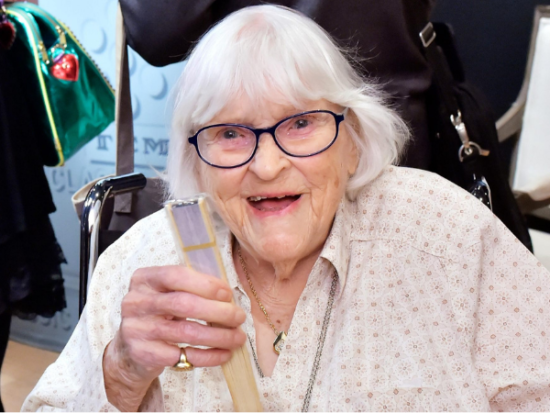 Unbelievable as it may seem, but we can’t help to think if some people have already found the fountain of life as there are celebrities born in the 20th century who are still alive today. With the series of celebrity deaths recently backed up by the COVID pandemic, these old celebrities are tried and tested through time. Read through as we gathered a list of the long-lived celebrities. Some of them are still working.

The previous year proved to be a challenging time as famous people died in 2020. Fast forward to pandemic-afflicted 2021, where many celebrities and loved ones were lost. Unfortunately, celebrity deaths weren’t an exception to this tragic incident. Some of them have illnesses not related to COVID but an already existing sickness before COVID 19. As we look back, let’s honor the precious lives of these celebrities we have lost this 2021.

My heart is broken. Gavin was my brother, my partner in crime (and food) and my comic conspirator. I will see you in a bit Gavin. Tell the gang I will see them in a bit. Betty! It’s just you and me now. pic.twitter.com/se4fwh7G1G

Popularly known as Captain Stubing in the Love Boat series, Gavin Macleod died at 90 years old last May 29. He also appeared on The Mary Tyler Moore Show as the news writer Murray Slaughter.

A star of The Mod Squad who portrayed Linc Hayes, a hip undercover paired with Peggy Lipton and Michael Cole on the popular series on ABC’s, Unfortunately, even died at 81. The show aired from 1968-1973. William is an actor best known for playing his hippie role. His celebrity death made fans grieving his loss.

On June 4, Williams died in his home in Los Angeles after battling colon cancer. The Mod Squad show made Williams a great symbol of the Vietnam War generation, but he served the military in real life before that show came up. 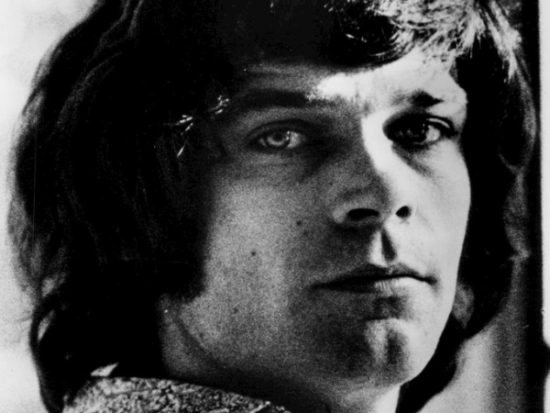 With the huge success of the song Raindrops Keep Fallin’ that stayed on top of the US chart for four weeks, BJ Thomas has imprinted his name in the music industry. Unfortunately, he died due to complications from lung cancer. A celebrity death that was mourned by many as he was loved and adored by fans and family.

Another hit song that he’s known for is Hooked on a Feeling. Unfortunately, he was diagnosed with lung cancer last March. As one of the famous people who died in 2021, he passed away last May 2021 at 78.

A true legend of Ora Media as a TV and radio host for a long time, King has hospitalized due to COVID – 19. He died on January 23 at the age of 87. It was reported in early 2021 that this known broadcaster is already a multiple cancer survivor that then contracted coronavirus, which took his life. Sad to know that this is another celebrity death caused by COVID.

At first, his sixth wife Julia Alexander said that coronavirus was King’s cause of death. Which then was cleared by Shawn’s wife that it was an infection, sepsis, that took the former CNN star’s life.

5. Prince Philip, The Duke of Edinburgh His Royal Highness Prince Philip, Duke of Edinburgh, died on April 9 at 99 years old. Buckingham Palace confirmed the passing on the morning of the said date that the husband of Queen Elizabeth II passed away peacefully at Windsor Castle. This is one of the rare celebrity deaths mourned by the whole country.

The late Duke of Edinburgh retired from public duties in August 2017 and was the longest-serving royal partner. Married to the queen for 73 years, his highness was released from the hospital in March after being admitted for a month as a precautionary measure. It was undergoing surgery for a certain condition. Unfortunately, the king died right after his hospitalization.

Her role as the iconic video vixen in a few 1980s Whitesnake music videos paved her way to fame. She appeared in the music videos Is This Love, and Here I Go Again.

The 59-year-old actress was found dead on May 7 at Newport Beach, California. Tawny Kitaen was also known for her role in 1984’s Bachelor Party with Tom Hanks.

Her daughters Raine Finley and Wynter Finley announced the day after her death, “We want to thank all of you, her fans and friends, for always showing her support and love. You gave her life every day. We miss her and love her, and we know her legacy will live forever.” Her celebrity death left her daughters grief-stricken. The son of this known Beethoven actor confirmed the death of his father on May 18. At the age of 86, Grodin died of bone marrow cancer in Wilton, Connecticut. As a comedian with an impassive expression, Grodin also starred in Midnight Run and Heartbreak Kid. It’s a celebrity death mourned by many, including his fans.

Are you ever familiar with Sebastian, the crab in Disney’s 1989 The Little Mermaid? He’s the man behind Sebastian’s voice. Unfortunately, he’s included as one of the famous people who died in 2021. With a long-stage and broadway career, he even played as Mufasa of The Lion King play. This is a celebrity death at his home in Montgomery, New York, at 74. 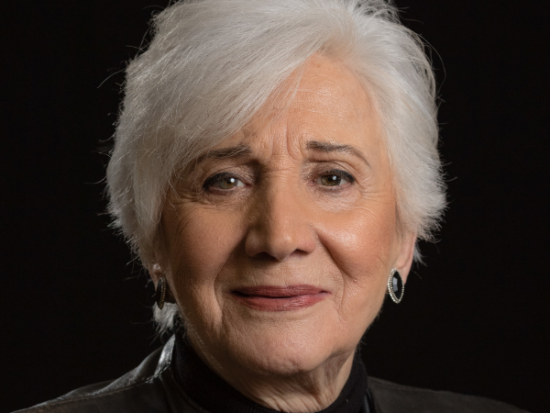 This Moonstruck star passed away last May 1 due to many months of failing health caused by her unmentioned illness. Known as one of the famous people who died in 2021, Olympia was best known for her award-winning academy role in the 1987 movie Moonstruck. Michael Dukakis, a former Massachusetts governor, is her dear cousin. She died at her home in New York City. The celebrity death of this star was left unknown.

On April 19, this iconic Rock song producer and writer passed away at age 73, but the cause of death was unannounced. Unfortunately, this is one of the very few unknown causes of celebrity death. A certified Grammy-winning music producer, Steinman was the hitmaker of some of pop music’s unforgettable ballads. Not only that, but he also collaborated with some of the certified hit chart-toppers Celine Dion and Meat Loaf.

He’s the mind behind Meat Loaf’s 1977 debut album, Bat Out of Hell – one of the best-selling albums in music history with more than 50 million copies sold. One of Meat Loaf’s popular songs I Would Do Anything for Love and Celine Dion It’s All Coming Back to Me Now. He also wrote Bonnie Tyler’s popular Total Eclipse of the Heart. This is a celebrity death that left us with his heartfelt song compositions. 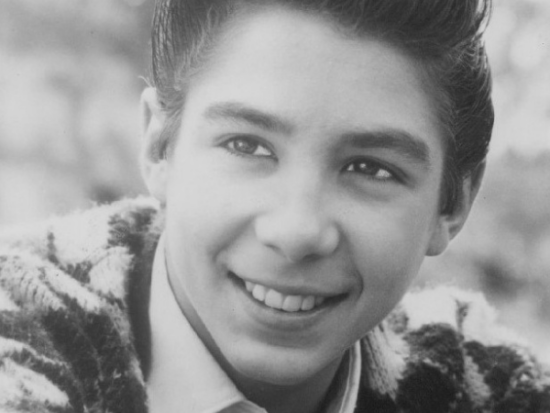 The news confirming this actor’s death was on April 29. Crawford was an actor in The Rifleman series for five seasons. He is famous as Mark McCain, son of Lucas McCain, played by Chuck Connors.

Also, one of the original Mouseketeers died at age 75 due to COVID – 19 and pneumonia. He also had his career on the Mickey Mouse Club. While he was diagnosis with Alzheimer’s before contracting coronavirus, his family confirmed that he slipped away peacefully. So this is another devastating celebrity death from the coronavirus pandemic.

The well-known rapper died on April 9 at the age of 50. Born with Carl Simmons, the renowned performer died seven days after an overdose that left him in a vegetative state.

Statements from his family declare that “Earl was a warrior who fought till the very end. He loved his family with all of his heart. Unfortunately, even we cherish the times we spend with him. Earl’s music inspired countless fans across the world, and his iconic legacy will live on forever.” 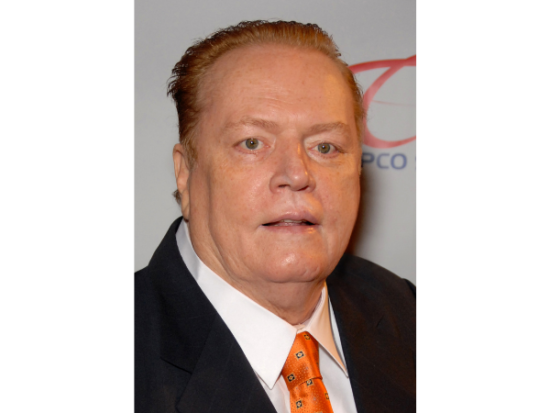 He’s the official founder of Hustler, who also adapted himself as a champion in the First Amendment and died on February 10. At 78 years old, he passed away due to a heart attack though he was suffering from various illnesses after a 1978 murder attempt. A Hollywood reporter confirmed that the incident left him paralyzed from the waist down. He died at Cedars-Sinai Medical Center in L.A.

He passed away peacefully at home on February 5 at the age of 91. With full respect to his Canadian roots, he was a legendary treasure with the music of words. Chris showed a deep passion for his profession with excellent old-fashioned manners and a great sense of humor.

Chris, an Oscar-winning actor, was famous for his indomitable roles in The Sound of Music, All the Money in the World, Knives Out, and Beginners. Sadly, these famous people who died in 2021 will remain in our memories. 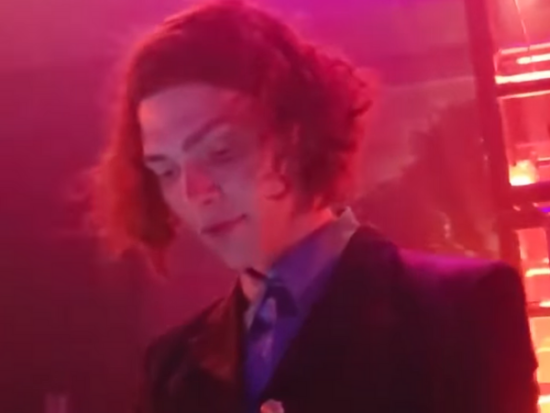 Scottish DJ, musician, and musical producer died at the young age of 34 on January 30. This Grammy-nominated producer died due to a sudden accident in Athens, Greece. Sophie’s representative said in a statement, “True to her spirituality. She had climbed up to watch the full moon and accidentally slipped and fell. She will always be here with us.” A true celebrity in her career, her death is never forgotten.

With a fierce spirit, she opens up her being Transgender in 2018. As told in Paper magazine, “For me, grandness is taking control to bring your body more in line with your soul and spirit, so the two aren’t fighting against each other and struggling to survive.

Although he’s considered one of the famous people who died in 2020, we still felt it was just recent and his death on this list. He died with his daughter on January 26, 2020. Not only was his death so tragic that his daughter died with him in the helicopter accident, but Kobe is just a legend in his NBA career. Following his death, he is now an official member of the Naismith Memorial Basketball Hall of Fame.

Get TikTok Famous in 3 Steps

Some of your idolized celebrities who died this year of 2021 are just gone but never will be forgotten. With the emergence of the Coronavirus pandemic, there was an increase in celebrity deaths from 2020 up to this year. So if your fave celeb was one of the famous people who died in 2021, their legacy still lives and will probably go on up to the next generation.