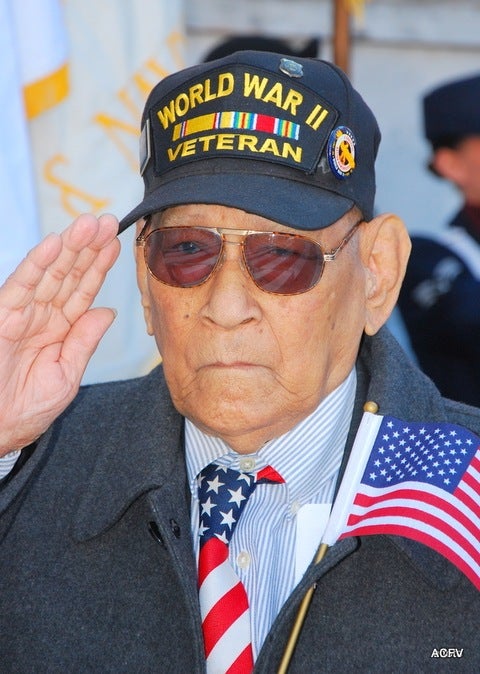 If you go to our podcast site at http://inquirer.libsyn.com/ you can hear the voice of 100-year- old Celestino Almeda, a Filipino Veteran of WWII.

The stars have finally aligned just right for the centenarian.

On Wednesday he will be one of the speakers at the special ceremony on Capitol Hill as the Filipino Veterans of World War II are awarded for their service with the Congressional Gold Medal.

It’s just as it sounds, a big deal. But it comes on the heels of a major personal victory for Almeda.

Last Friday, Almeda won his decades long fight to be awarded a lump sum benefit due him from the Filipino Veterans Compensation Fund.

When I talked to Almeda last summer he was still fighting the bureaucratic monster that is the Veterans Administration in the U.S. He told me at times he would get angry about his situation, but that often passed.

“Sometimes I cannot think about it. It gave me sleepless nights,” Almeda told me.  “I know even if they are hard on me, still, the United States is a compassionate nation and that’s why maybe I lived to 100 years old.”

The VA has not exactly been generous since Congress ended its feet dragging enabling President Obama to sign into law the bill to get veterans their equity pay in 2009.

It came 63 years after the Rescission Act, which went undid the word of  President Franklin Roosevelt who promised Filipinos full benefits if they fought side by side U.S. troops in the United States Armed Forces in the Far East. 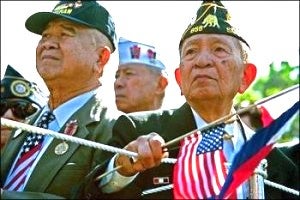 But even with a fund established in 2009 for Filipino veterans, it has not been easy to get equity pay.

But there was more disappointment than joy with nearly 60 percent of all claims, about 23,775 claims at last count, were rejected.

Until last Friday, Almeda was among the rejects.

Now he will join the group that has been belatedly awarded more than $226 million by Congress.

A handful of appeals are still in the works for other. And there is still $56 million in the Filipino Veterans Equity Compensation Fund established by Congress.

But getting at it, as Almeda knows, has rivaled the Bataan Death March.

“The 15K as equity compensation is a very small amount,” Almeda told me in June.” The instrinsic value of the award is my recognition as a veteran of the United States Army. What is 15K these days? It’s nothing.”

When I sat with Almeda in his Washington, D.C. area home earlier this year, you could tell he was in this fight for the long hall with plenty of fight left.

The problem were his records. The official records of the USAFFE have long been stored in St. Louis, but Almeda’s name could not be found on the Army’s official roster.

Almeda, however, had meticulously kept his own original records of his service, all of them signed by American officers. But they were not considered official documents. At least, not for the purposes of equity compensation.

It was enough to receive a VA card for some benefits, and even to get U.S. citizenship.

Do you grasp the absurdity here? SNAFU is too kind.

Almeda’s advocates had long insisted the VA’s own revised regulation  allowed room for some discretion as to which documents and records could be honored. Maybe that was it. Or maybe it was due to the bipartisan push for the Gold Medal. Or simply it was just time for common sense to prevail. After years where the U.S. policy had been one of attrition, Almeda has outlasted it all.

I asked him what he would say if he ever won his fight to win equity pay, what would he say to his bureaucratic foe that had stymied him for all these years.

Without hesitation, he said: “Thank you for your decision which is long overdue. I know you have been compassionate enough to recognize my services and thank you very much.”

Winning the appeal was one thing. But that very sentiment of gratitude will surely be part of his speech on Wednesday when he accepts his Congressional Gold Medal with other Filipino Veterans of WWII.

Emil Guillermo is a veteran journalist and commentator.  He writes a column for the North American bureau of Inquirer.net.