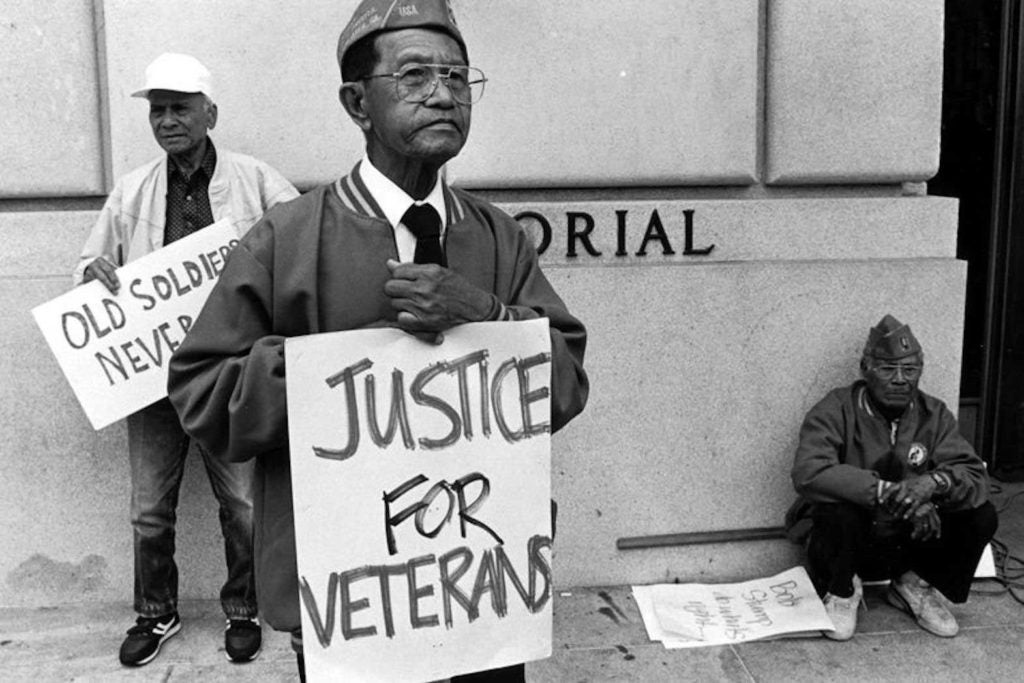 There is no statute of limitation on honoring America’s veterans – those who served in America’s armed forces, in peace and war — and the debt of gratitude for us to repay.

The war in the Pacific ended on Sept. 2, 1945, when the Japanese Imperial Government signed the unconditional surrender declaration. What preceded this epic event was the end of the war in the Philippines on Aug. 1945.

Sadly, this war did not end for the Filipino soldiers and guerrillas, men and women who fought side by side with American troops. This was re-ignited by the passage by the 79th Congress of the Rescission Act in Feb 1946. Instead of celebrating their victory over the brutal Japanese Imperial military forces, they were left demoralized and disenfranchised for over 75 years over what the U.S. Congress determined their lifelong fate.

Simply, the Rescission Act revoked their wartime service as not having served in the active service under the US Army Forces in the Far East commanded by General Douglas MacArthur. The Act also revoked their path to U.S. citizenship. This amounted to being excluded from their benefits and compensation promised them in July 1941 by President Franklin Roosevelt.

They were betrayed by the same country who called them to duty, to defend the United States in the Philippines, and without any semblance to recognize them for thousands of lives lost in war, hundreds of thousands missing in action, and thousands more wounded for life.

We, the Filipino Veterans Recognition and Education Project, have decided to enact a call to action to repeal the Rescission Act of 1946. This is the third task in our overall mission that began with the Congressional Gold Medal on Oct 2017 that led to righteous recognition, followed by the creation of Duty to Country education program in November 2020.

A successful repeal of the Rescission Act would be the final stage of our mission to enshrine, educate, and preserve the powerful legacy of the Filipino and American soldiers, men and women alike, who accomplished their daring and heroic mission to defend the United States in the Philippines from July 1941 to December 1946.

We are requesting Congress to pass the repeal action. The principal objectives of this project are to acknowledge the grave injustice to our veterans, to repay the debt of gratitude that has eluded these braves heroes, and to provide for the following as conditions:

— An official apology from the President of the United States on the injustice suffered by the Filipino Veterans, men and women alike.

— Formally recognize ALL  Filipino Soldiers who fought under the U.S Army Forces in the Far East.

— Update the Reconstructed Recognized Guerrilla Roster to include Women Guerrillas, nurses, and others who served under the U.S. Army Forces of the Far East.

— Provide for a memorial fund to include an education program, exhibits, media campaign to inform and educate the public on the history of the Filipinos who served in the U.S. Army since 1898 specifically during World War II and their contributions in defending the United States and Philippines.

Pulitzer Prize–winning novelist Viet Thanh Nguyen writes that “All wars are fought twice, the first time on the battlefield, the second time in memory.” Today, it is our responsibility to recall the past in a way that does justice to the 260,000 soldiers who would otherwise be forgotten. Repealing the Rescission Act, which had devastating impact on the lives and livelihoods of the Filipino Soldiers of World War II, will finally enshrine their history and preserve their legacy for eternity.

Maj. Gen. Antonio Taguba (Ret) is chairman of Filipino Veterans Recognition & Education Project (FilVetREP, a nonpartisan,501(c)(3) tax-exempt, community-based, all-volunteer national initiative whose mission is to obtain national recognition of Filipino and American WW11 soldiers across the United States and the Philippines for their wartime service to the U.S. and the Philippines from July 26, 1941 to December 31, 1946. For more information about Filipino WWII veterans and how to get involved, visit our website at www.filvetrep.org or find us on Facebook or Twitter.