More than $1 billion raised by GameStop in latest share offer

More than $1 billion raised by GameStop in latest share offer

Videogame retailer GameStop Corp said on Tuesday it had raised about $1.13 billion in its latest share offering, cashing in further on a social-media-driven surge in its stock price.

The company, whose shares are up more than 960% this year, was the spark in January for a battle casting hedge fund short-sellers against a pack of small-time investors organizing online.

It remains one of the hottest and most visible “meme stocks” and was up nearly 9% in premarket trading on Tuesday.

The company, like others of the social-media hyped stocks that have lit up Wall Street since January, has sold millions of dollars in new stock on the back of what institutional players say are speculative share moves unjustified by their businesses. 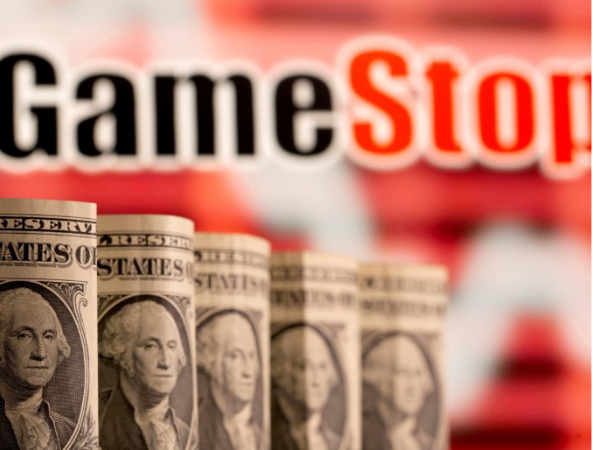 U.S. one dollar banknotes are seen in front of displayed GameStop logo in this illustration taken February 8, 2021. REUTERS/Dado Ruvic/Illustration

GameStop said it would use the net proceeds from the offering, which adds to $551 million it raised in late April, for general corporate purposes as well as for investing in growth initiatives.

The company is trying to pivot to e-commerce and recently hired a former Amazon official as its new chief executive officer to steer it through the transition.

Its shares dipped sharply when it announced the share offer earlier this month and have fallen another 10% since, even after Tuesday’s initial moves.

White Square Capital, a London-based hedge fund that suffered losses betting against GameStop during the first meme stock rally in January, is shutting down, the Financial Times reported on Tuesday.

(Reporting by Eva Mathews and Sagarika Jaisinghani in Bengaluru; Editing by Anil D’Silva and Patrick Graham)