How many kids does Kim Kardashian actually have?

How many kids does Kim Kardashian actually have?

How many kids does Kim Kardashian have? Kim Kardashian is still one of the most popular celebrities in the last decade. She married artist and rapper Kanye West in 2014, a little under a year after their first child was born. Not too long after that, they welcomed their second child.

Everything seemed to go well for the couple for the next couple of years with two more children. Until this year, that is. Early in February 2021, Kardashian and West officially filed for divorce.

There is sad news for Hollywood but an even challenging time for their growing children. Both reps of the couple said that while the two will no longer be working on their marriage, they will still raise the kids as best they can together.

Their divorce is reaching a near settlement, but no public announcement has been released yet. Their four children will be under joint physical custody. In the meantime, get to know more about the Kardashian-West offsprings by reading down below.

Keeping up with the Kardashians in 2021

The Kardashians skyrocketed to fame and success after they became reality stars in 2007. Keeping Up With the Kardashians became an instant hit as it documented the Kardashian-Jenner family drama and everyday lives.

The show has been ongoing for well over ten years now. What once was a reality show about the main Kardashian-Jenner family members has now extended to their kids and grandchildren. There are still legions of fans who try their best to keep up with Kardashians today.

Kourtney Kardashian, Khloe Kardashian, Kim Kardashian, Kendall Jenner, and Kylie Jenner, plus their parents Kris Jenner and Caitlyn (formerly Bruce) Jenner and the rest of their extended family, are stars in the reality TV show. Before marrying Kanye, Kim was first married to former professional basketball player Kris Humphries. They had no kids. 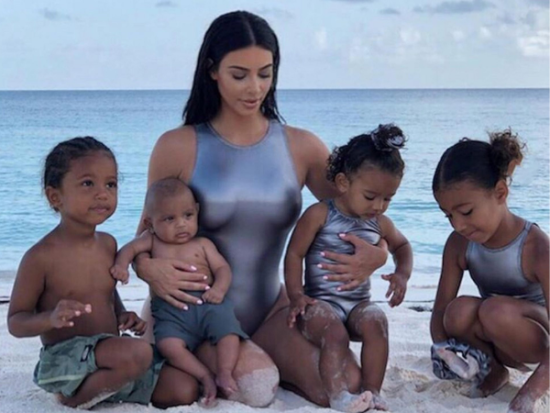 Just recently, Kim posted a series of photos of herself and all four of her children. While her social media posts may seem all smiles and rainbows, getting to where she is now with her kids. Her first two children had complicated births, so much that her doctor warned her about getting pregnant a third time. They welcomed their third and fourth children via gestational carrier or a surrogate.

From eldest to youngest, North, Saint, Chicago, and Psalm are Kim Kardashian kids. In a post shared recently, Kim expressed her love and adoration for her kids with sweet photos of the children tucked in tight with their mom. Kim is one of the few celebrities who have been vocal about her struggles during her pregnancy and using surrogates. It was a difficult experience and an even harder choice to choose surrogacy after Saint was born.

As part of their surrogacy plans, Kim and Kanye chose not to opt for an anonymous mother-carrier. According to Kim, she wanted to have a relationship with the surrogate and make sure that she was comfortable and well-taken care of throughout the whole pregnancy.

The surrogate mom for the Kardashian-Wests

Kim gave birth to their daughter North in 2013 and her son Saint in 2015. During her pregnancy with Saint, Kim had two complications: preeclampsia and placenta accreta. The former made her go into early labor, and the latter required her to undergo surgery.

Kim Kardashian shares that it was a traumatic experience for her, but she still wanted more kids. One of their safest options was using a surrogate, and former husband Kanye West agreed. Kim was very involved in the pregnancy and had her personal OB/GYN oversee the publicly unidentified woman.

Is Kim the oldest Kardashian sibling? 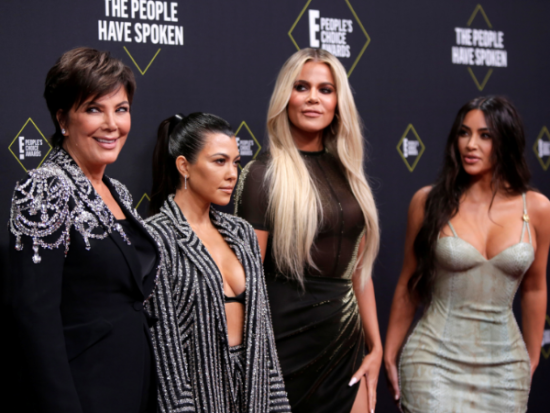 Arguably the most famous and controversial Kardashian, Kim rose to fame in less than ideal circumstances after several scandals were linked to her name. However, with her family’s help, she turned that infamy around and rose through the Hollywood ranks faster than anyone expected.

Kim was also known as Paris Hilton’s close friend and stylist before making a name for herself. Now, she is one of the most successful social media entrepreneurs and reality stars.

She founded KKW Beauty and KKW Fragrance in 2017 and is continuously pursuing her business ventures. She is also an endorser and model for many high-end brands. Kim Kardashian is a successful woman in her rights, despite being always associated with her family name.

My 1st born baby North is 8 years old today! North, one day you will see these messages all printed out for you in the books I am making for you and so hope you feel the love because you bring so much love and joy into all of our lives! pic.twitter.com/JiA0Ppzfsv

Born on June 13th of 2013, North West is Kim Kardashian and Kanye West’s eldest daughter out of four children. She very recently turned eight years old. Despite being the eldest in the family, North is still her mom’s baby, as per Kim herself.

Old enough to know about the separation between her parents, North is under a lot of scrutiny from the media, despite being so young. Her parents try to protect her from all of these as best they can, according to sources. Born into a famous family with both parents being in the spotlight, North already has several ads and sponsorships lined up.

Did Kim K Pass the Bar?

Kim Kardashian is now in the Billionaire’s Club

While this is decidedly a hard time for the Kardashian-Wests, it is evident that both Kim and Kanye love and take care of their children well. With the many public issues both sides of the family continue to face, their children are up for an interesting future. Whether they all decide to follow in their mom and dad’s footsteps of taking over Hollywood or choose the simple, popular-only-by-name route, they are much too young to be under such public scrutiny.

The parents of four agree on joint legal and physical custody. Kim and Kanye are also both in agreement about the prenup in place before they got married. Negotiations are ongoing, and the finalization of their divorce could come any time soon this year.