Did Kim Kardashian pass the bar? | Important Things to Know

Did Kim Kardashian pass the bar?

There’s no denying the fact that when it comes to Kim Kardashian, everything goes trending on social media. Just like the recent circulating news about her law school progress. Kim K has passed the California “baby bar” exam after two years of studying.

The “Keeping up with the Kardashians” star made an announcement on Instagram. Although she took three attempts at taking the exam, the entrepreneur finally passed this time.

Kim Kardashian said, “But I got back each time and studied harder and tried again until I did it!!!!”She also said that she has Covid-19 during the third attempt. With a high temperature of 104 degrees, Kim Kardashian is not one to back out with any excuses.

Looking in the mirror, I am really proud of the woman looking back today in the reflection.

For anyone who doesn’t know my law school journey, know this wasn’t easy or handed to me. pic.twitter.com/44UiguM4bJ

Who would have thought that this reality tv star slash business magnate will interest the world of law? As many will assume, she didn’t graduate from college and never had a law degree. So Kim Kardashian as a lawyer is a big hit.

“In California, the way I’m studying law, you need to take 2 bar exams, this was just the first one but with a harder pass rate. Kim Kardashian added. “I was told by top lawyers that this was a close to impossible journey and harder than the traditional law school route but it was my only option and it feels so so good to be here and on my way to achieving my goals.”

Little did everyone know that Kim K’s interest in law was sparked from helping to win the case of two women in prison. It also came from her roots as her late father, Robert Kardashian, was also a lawyer in California. He was known to be part of football star OJ Simpson’s trial. 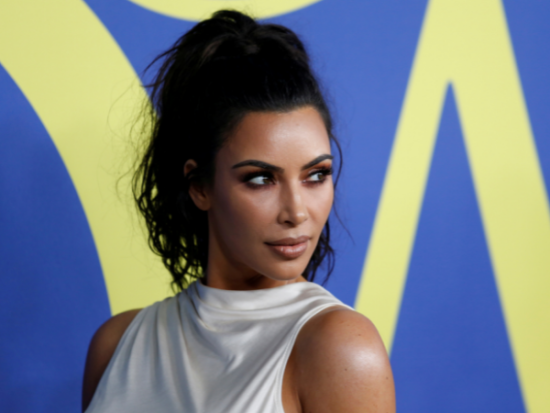 Although what Kim K is embarking on now is very different from what she’s known for, big brands in beauty and fashion products, she was unfazed by the criticisms of people saying she was so attached and concerned to help people further the name of her brand.

Kim Kardashian was interviewed at a Television Critics Association event, and she said, “I’m very use to criticism, so nothing fazes me.“

She even persuaded former President Donald Trump to change Alice Marie Johnson’s life sentence. She’s a Tennessee woman that was of conviction for a nonviolent drug offense back in 2018.

Since her pursuit of law, she’s been updating her followers on this new journey. Despite some negative comments, Kim K never backed down. In one of her 2019 Instagram posts, she said, “I’ve seen some comments from people who are saying it’s my privilege or the money that got me here, but that’s not the case.”

Kim Kardashian wrote in a post two years ago that people should know there’s nothing that could limit the pursuit of dreams. She said, “You can create your own lanes, just as I am. The state bar doesn’t care who you are.”

Moreover, in the last season of their reality TV show, she opened up about not being able to pass the bar. Tough victory hers now. We just have to wait what’s her next move. Surely, fans can’t wait to call her Atty. Kim K.

Alongside her pursuit of law studies, Kim Kardashian West also has a two-hour film about the legal world. In this film, she will be seen visiting prisons as she works with other lawyers solving cases of prisoners with unjustified cases. She wanted to focus on prison reform and criminal justice reform.

Did Kim Kardashian take the LSAT?

If you’re wondering if Kim Kardashian is eligible enough to be a lawyer and if she even passed her LSAT, the answer is – no, she didn’t. Luckily, she’s from Los Angeles. California is one of the four states in the United States that allow anyone to qualify for the bar on the understanding that a four-year apprenticeship was of completion.

At 39, she wasn’t only a business magnate, tv sensation, and a wife to Kanye West, but an upcoming lawyer at that. She was studying law 20 hours per week, and she had just finished her first year of a four-year apprenticeship program in California.

California has a different state law when it comes to law school. They require all apprentices to take and pass the FYLSE ( First Year Law Students’ Examination) once they complete their first year of study. FYLSE is the equivalent of LSAT to other law schools.

The rule is, the apprentices can’t continue to the second year of their studies unless they have passed the FYLSE. It’s also popularly known as the baby bar. The State Bar of California supervises the baby bar every June and October of every year. The baby bar is for students who study law at online schools and unaccredited law schools.

In the show hosted by David Letterman, My Next Guest Kim Kardashian revealed that she hasn’t taken the bar exam yet and will probably take it in 2022. She mentioned preparing for the baby bar soon.

Her mom and manager, Kris Jenner, gave Kim Kardashian lawyer-theme cookies if you’re constantly watching their Instagram stories. They haven’t revealed anything yet, but fans thought she might have passed the baby bar in June 2020.

The plot twist? In season 20 of their reality show Keeping up with the Kardashians, Kim K shared that she had to take the baby bar to continue with her law studies.

Since she is in an unaccredited law school, she has to double her efforts and pass a one-day version of the baby bar exam. Aside from the mandatory test, it’s also needed to assess how well she’s doing in her studies in preparation for the bar exam.

Did Kim Fail the LSAT?

Most of the best lawyers didn’t pass on their first try and this was my reality so I wanted to show what was really going on https://t.co/FUnUatALaf

In a clip from the show, Kim reveals to sisters Kourtney and Khloe that she failed the test on a relatively close score of 474. However, she needs to get 560 to pass the test. It was just her first attempt, so she still has her chances.

Her mentor Jessica said, “That is extremely close to a test that most people are not taking in the middle of a pandemic.”

Kim says in the clip, “ I am a failure.” Khloe and Kourtney with support and replied, “ To not pass gets your spirits down. It makes you want to give up”.

Though there’s no update yet as to if she will retake the baby bar to pursue becoming a lawyer, she has the chance to re-take until June 2021. Crossed fingers, eh?

She also said in the clip, “ I feel like I just got to the end where I almost knew everything. I could try if I could just give up. I need to think about it.”

Can Kim Kardashian become a lawyer?

Everyone’s in awe when the news broke out. Who could have imagined Kim Kardashian as a lawyer? Well, Van Jones seems not to doubt that. Van Jones was an author, CNN anchor, and a lawyer himself.

He was a guest at The Ellen DeGeneres Show when asked how Kim Kardashian was doing in her studies. Jones replied, “She has used her platform to help people behind bars. Her dad was a lawyer, and she always wanted to be a lawyer”.

He also added, “ If Kim got a taste of what he could do using her platform, using her brain, she wouldn’t have let up. I think she’s going to be an unbelievable attorney, and she’s already one of the best advocates that we have in criminal justice’’.

The Future for Kim

With these lines coming from a lawyer himself, there’s a big possibility that Kim Kardashian can become a lawyer. But that will depend on her if she passes the board. Plus, adhering to the fact that she still needs 60 college credits, to which she has 75 already to start reading the law.

Kim Kardashian seems to have poured her heart out into this new profession she’d like to pursue. As she mentioned in one of Vogue’s interviews, it’s already taking a lot of her time away from her kids.

With her status quo, Kim K does have leverage as an apprentice. She often travels to San Francisco to complete her study hours and is of assistance by a great team of lawyers who travel from southern California to meet Kim’s needs.

“Reading the law” as an apprentice has long been ongoing in the US. With the team that Kardashian has, she was well on her way to become a lawyer. Take note that Thomas Jefferson and Abraham Lincoln blame lawyers through apprenticeships too. No doubt she will follow their steps if she chooses to continue and not give up.

As Kim Kardashian progresses into becoming a lawyer, it shows the roots of where she came from. It’s just up to her if, after her first three failures, she never backed down and chose to continue. We’re guessing the Kardashian will be welcoming a new lawyer soon.