What does the NBA title mean to Utah Jazz and Filipinos?

What does the NBA title mean to Utah Jazz and Filipinos?

Now that the NBA championship is underway, many fans are talking about the player named Jordan Clarkson. He plays for the Utah Jazz and has an incredible link to the Filipino community.

If the Utah Jazz wins the NBA championship, what does that mean for Filipinos? We will tell you exactly what the Utah Jazz and Filipinos have in common.

Jordan Clarkson is the link between Utah Jazz and the Filipino community.

Who is Jordan Clarkson? 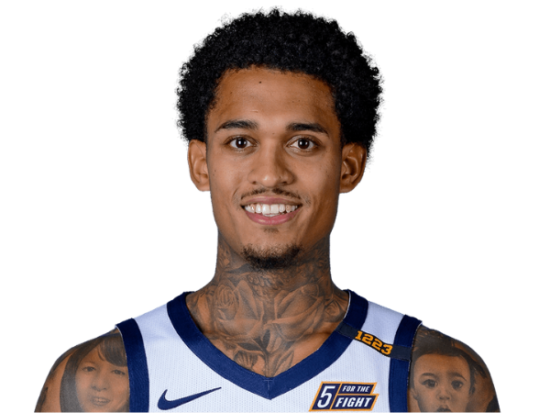 Jordan Clarkson plays for the Utah Jazz and just received the sixth man award recently. He is one of the players on the team that helped the Jazz get to the NBA playoffs.

Clarkson was drafted by the Wizards, played for the Lakers, and now is at Utah. As a Jazz player, here are some of his stats.

Jordan Clarkson is one-fourth Filipino. His mother is half Filipino. Therefore, that would make him 1/4.

Clarkson does celebrate his Filipino heritage as well as his African American heritage too. On many Twitter posts, Clarkson discusses stopping Asian hate. Here are Jordan Clarkson’s stats for the 2021 NBA season.

He has played 68 games with the Jazz. He started one of those games.

Clarkson plays the point guard position. In the win over the Grizzlies, only playing 31 minutes off the bench in Wednesday’s win, Clarkson scored and notched 24 points, 9-20 FG, 3-12 3 pt, 3-3 ft, three assists, two steals, and a rebound.

The rebound across 31 minutes is a decent statistic for that game. When Clarkson came into the game, 9-20 fg 3-12 3pt are pretty good stats for the little time he played on the court.

Clarkson’s teammate, Joe Ingles, closed his night off with 8 points, 3-12 3pt 3-3 ft, and he played for 32 minutes. Jazz guard Mike Conley had to sit out the second half due to some hamstring soreness. He had seven points and two assists.

Has Utah Jazz ever won an NBA championship? 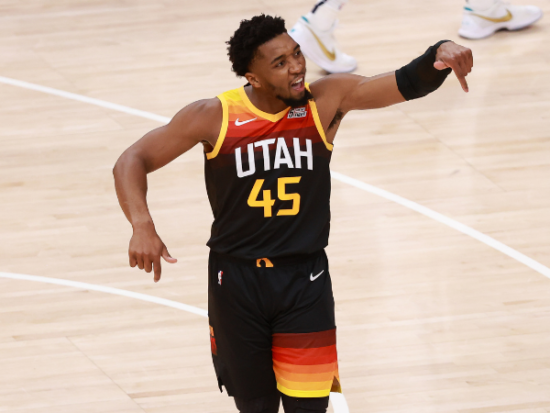 Utah Jazz guard Donovan Mitchell (45) reacts during the second half against the Memphis Grizzlies in game two of the first round of the 2021 NBA Playoffs at Vivint Arena. Utah Jazz won 141-129. Mandatory Credit: Chris Nicoll-USA TODAY Sports

The Utah Jazz has never won an NBA championship. However, they are rather hopeful for this season to be better than previous years.

With Jordan Clarkson having an fg 3-12 3pt 3-3 the other night, if the whole team could work together like they have been this season, there may be a new champ on the horizon.

Since Jordan Clarkson is Filipino, if the Jazz wins the championship this season, it will be very significant for Clarkson and the Filipino community.

This would be the first time that a Filipino wins the NBA championship.

This may not sound very exciting to some people, but they have something great to look forward to in the Filipino community. Clarkson is one of the only NBA players that some Filipinos are aware of.

Jordan Clarkson and the Filipino Community

There were horrible racists comments spray-painted on the food truck, and many hateful words were on this food truck. The owner of the food truck posted on social media, and that’s when the post went viral.

Clarkson teamed up with the community around him to re-wrap the food truck. The truck was restored and fully detailed for the father and son owned food truck.

Not only that, but he also posted his thoughts on how we should not be racist to anyone and that Asian hate is still prevalent and needs to come to an end.

Clarkson’s support for the Filipino Community

After @JordanClarksons lent a helping hand to the Filipino owners of the Yum Yum Food Truck that got vandalized, the @utahjazz and JC welcomed the family to Game 2. 🇵🇭 #RepublikaNgNBA #Jordan6larkson pic.twitter.com/4DHIwxGw9z

Clarkson has shown so much support for the Filipino community, especially in Utah. The Utah Jazz even gave the owner of the food truck and his son tickets to the game last Thursday, when they played the Clippers.

The food truck owner, whose name is Ben Pierce, is a huge Utah Jazz fan and was completely overjoyed at such a nice act of kindness.

Ben Pierce and his family were so thankful for the Utah Jazz support and how Clarkson took to social media about this incident. They never imagined that anything like this would ever happen.

Yum Yum food truck reopened on Saturday for the Philippine Independence Day. They are serving the best Filipino dishes all around the Salt Lake City area.

The police are also offering a $500 reward to anyone who has any information on who vandalized the food truck.

Lebron vs. Jordan – The GOAT Debate

Jordan Clarkson plays for the Utah Jazz and is multi-racial. He is part African American and part Filipino. He had become a huge advocate against Asian hate, and he should be. After a food truck that serves Filipino dishes was vandalized, he knew the hate had gone too far.

Clarkson saw the food truck’s viral post after the vandalism and decided to say something on social media about the racist remarks painted on the food truck.

The Utah Jazz guard took to social media platforms to make it known that these racist terms are not okay to say ever or to anyone of any race.

Jordan Clarkson has been tremendous in the fight against Asian hate. Getting the Filipino food truck detailed and restored was one of the first steps towards showing his care for the Filipino community. Being very vigilant on social media is one thing that Jordan has become more active on in the Stop Asian Hate category.

Clarkson has given the Filipino community respect if the Utah Jazz does win the NBA 2021 championship title. The Filipinos will be very happy and excited to see a Filipino NBA player win a title for the first time.

Due to Clarkson’s work for the Filipinos, they already support him, and he is one of the only NBA players that the community recognizes. The Filipino community will stand proud of the Utah Jazz for all they have done to help them during this rough time.