Comforter vs Duvet - what's the difference? | Helpful Tips to Know

Comforter vs Duvet – what’s the difference?

If you’re a fan of dozing off for more extended hours – who’s not? You sure use the terms comforter and the word duvet quite a lot. Although many of you might confuse the two as the same and use them in interchangeable terms, the battle still goes on for these two, comforter vs duvet. A knowledge or two about the types of bedding can help you with the best choice.

Let’s start with discovering what a duvet is? Filled with natural or synthetic fibers, duvets can be typically filled with down, wool, cotton, silk, or feather. Duvets are a kind of beddings that come in two – an insert and a cover. One can’t function well without the other.

What is a Duvet? 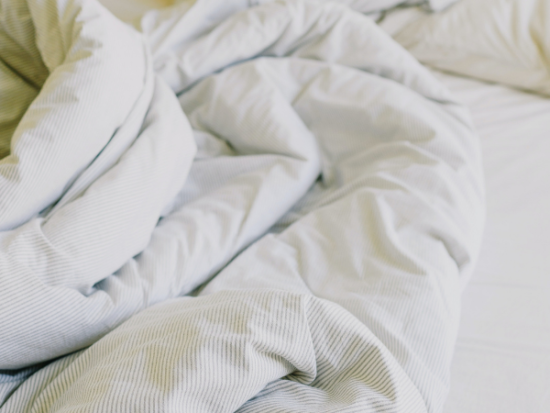 Duvet comes from the french word that means down. Down is the most common filling used in duvets. Most duvets come in white or plain colors to alter the color of their duvet covers.

What is a Comforter?

Don’t get confused, as comforters are more significant types of bedding compared to duvets. These are your bedspreads that overflow on top of your bed. They’re only one piece and look like quilted sheets of blankets.

Comforters are filled with synthetic fibers. They don’t need to be covered and can be warmer. But to maintain its cleanliness, you might need a top sheet on top.

What is better, Duvet or Comforter? 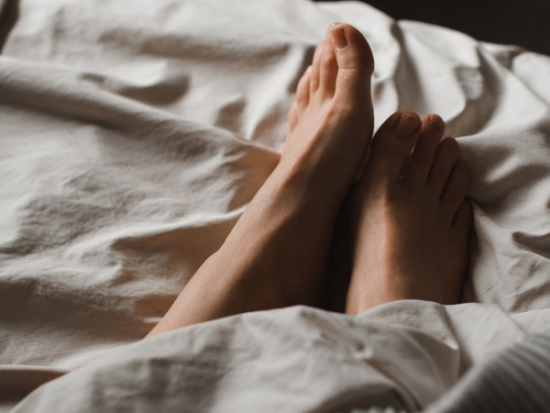 To give you a clear and concise idea, the difference between a comforter vs duvet is a thick duvet that comes with a built-in cover while a duvet is designed to be covered. As simple as that, you already have a hint of their difference. Keep reading as we go through the nitty-gritty of details of these two to help you determine which is the best for you.

To sum it up, a comforter need not be covered, but its cleaning might require more effort. It should also be used with a top sheet. On the other hand, the duvet is easier to clean as you’ll have to remove the cover and wash it.

It’s also cheaper to change as you don’t have to buy the whole set, just the duvet cover. You can assess now, and we’ll leave the decision to you as each and everyone has their preferences and needs.

Is a Duvet Thicker Than a Comforter?

The competition between comforter vs duvet doesn’t end at their differences. You also might want to know which one is thicker if you’re being practical or just considering which one will get deformed easily as aesthetics is essential. You better scroll down and discover which one is thicker.

So, the verdict? Based on the details provided above, a comforter is your choice of bedding if you’re searching for something thicker. They can give an Instagrammable look on your bed as they are made to hang over the sides of your bed.

Plus, it’s warmer to use during the cold season. In terms of practicality, you’d still like to consider getting a duvet.

Do hotels use duvets or comforters? 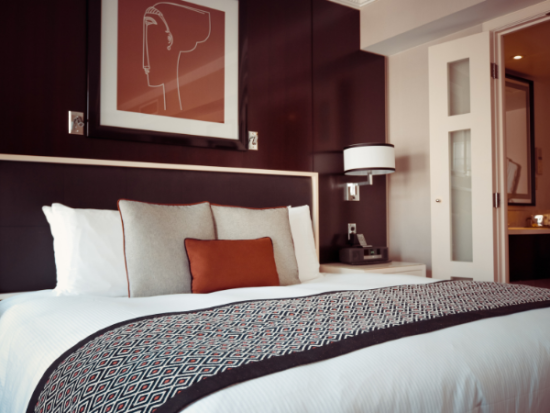 Ever wonder what’s with hotel beddings that you’d like to slump all day and sleep?

You’re not alone to think why do hotel beds have that ultra-comfy vibe. Their secret? Those clean-looking white beddings. Keep it white and simple.

For sure, during your hotel stays, you get to notice that mostly their fluffy blankets, sheets, and pillowcases are all white.

The simplicity speaks for its elegance, and they look like they smell good. Also, their cloud-like fluffiness seems like they are inviting you for a long day of just dozing off. Another factor is the fitted sheets in hotel beds.

If you notice, there’s a layering happening underneath. Plus, don’t forget that hotels usually use a 300-count thread. Some luxurious hotels level up their game and use 100% Egyptian cotton. These kinds of cotton have extra-long fibers that make up for the extra soft feeling it can produce.

Hotel Use of Linens

To answer the question of what hotels use, comforter vs duvet, the answer is mainly duvets. Particularly those 5-7 star luxury hotels, they use premium quality duvets. They use the duvets filled with down feathers.

In European hotels, they use a three-layer of fitted sheet. Although they slip the flat sheets, you sleep directly under a covered duvet. In motels and other 3-4 star hotels, they mostly use comforters filled with synthetic fibers. During the winter season or as per the guests’ request, additional blankets are placed on top of the bed.

Please read below to snatch a few tips on how you can arrange your bed and turn it into a 5-star hotel bed.

Most of the premium hotels use white. White bedspread, white pillows, white sheets. It may be practical too, as you sure have white sheets on stock at home. After all, they’re the basics.

Imagine your clubhouse sandwich spread on your plate. Do it just like that. Start with the bottom sheet, then follow with the top sheet. You can add another duvet cover for a more layered effect.

Aim for those queen-size fluffy pillows, those hotel-like. Also, get smaller pillowcases to balance the design. The different pillow sizes will look aesthetically eye-pleasing. Don’t forget your pillow protectors, as they can give a smooth look on your pillows.

Yes, it’s a considerable effort, not easy to iron big pieces. But you can iron the top layering for an easy fix. Another tip; you can put starch before ironing as it can improve the overall look and feel of your duvet or sheets.

Now that all are clear with the details and which one’s better, comforter vs duvet, you have a clear insight into which one will suit your home, style, and personality. The comforter, which is quilted or stitched, can be a stand-alone.

However, you can use a duvet cover on a comforter if you wish. Some people will do this if they want to protect their comforter from getting dirty. The duvets need a duvet cover.

How to Shop for Engagement Rings Without Breaking the Bank
Fetch Rewards App Review
Top 10 Sunscreen For Sensitive Skin: How To Protect Yourself This Summer
Top 10 Best Fitness Trackers on Amazon
Fetch Rewards – How to Get Free Gift Cards When You Shop Online and In-Store
Vitamins B12: How Much is Too Much?
Best Computer Mouse of 2022 For Every Need
LATEST

DID YOU KNOW?
Top 12 All-Inclusive Resorts in Cancun for 2022
Top 12 Resorts in Puerto Rico for 2022
5 Best Noise Cancelling Headphones of 2022
The Shakti Mat: Does It Really Work?
12 Best Travel Cameras to Capture Every Moment in 2022
Top 10 Best Fitness Trackers on Amazon