Are you wondering how to make the best taco recipe for dinner tonight? Homemade cooking may take some of your time and effort, but they are worth it if you find the right ingredients and recipe. Not to mention, they could be much healthier than take-out because you know what you put in them and just how much-saturated fat you want to be present.

While tacos first originated in Mexico, it has now become a blend of Mexican and international influences. Before it came to the United States, it was a food among the common Mexican folk of the 18th century made out of corn tortilla and filled with a spicy filling. There were earlier recipes by ancient Mexicans even farther back than that, but they didn’t call it a taco back then.

When it came to America, the ingredients were altered to make it more palatable. Mainly because the white folk found the filling too spicy, they were replaced with ground beef, chicken, added lettuce, cheese, and tomatoes, and are now one of the country’s most favorite comfort foods.

Were you feeling hungry yet? Read on to know more about the best homemade taco recipe.

How do you make the best tacos? Coming up with the best taco recipe is entirely a matter of preference and personal palate. Some homemade taco recipes have been handed down from generations back.

Some recipes are newly discovered by both great chefs and people who enjoy cooking as a hobby. Both can be delicious, healthy, and the best thing you ever tasted.

Admittedly, though, there is still some debate about the authenticity of fusion food being the best kind. Some argue that Mexican tacos, usually sold as street food, are much better than the Americanized version of food chains like Chipotle and Taco Bell. Others much prefer store-bought tacos as they mostly grew up eating them.

What goes on a real Mexican taco? 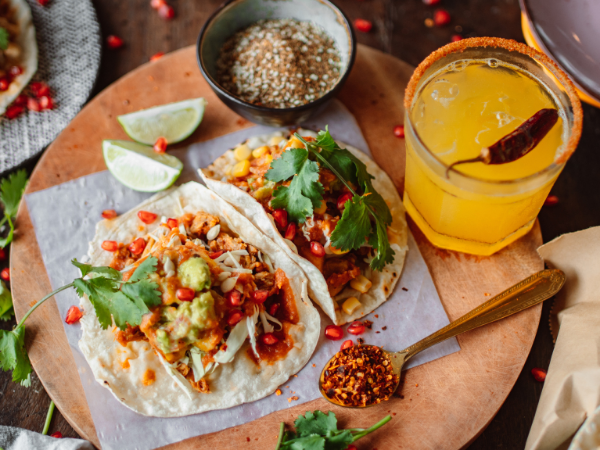 Three things that differ between Mexican tacos and the American version: the tortilla, the toppings, and the meat. American tacos make use of flour tortillas or crispy, hard-shelled corn tortillas.

Mexican tacos use soft corn tortillas as per their old recipes. The toppings for the ordinary Tex-Mex tacos are filled with shredded cheese, lettuce, tomatoes, and sour cream.

Street tacos in Mexico are usually topped with fresh cilantro leaves and finely diced white onions. They could also come with soft, fresh cheeses such as cotija cheese or queso fresco.

The meat used in authentic tacos is marinated like flank or skirt steak. Usually in sliced or shredded form and topped with fresh ingredients.

American tacos tend to use ground beef for tacos. Barring that, pork, chicken, or even seafood, depending on the house specialty, is used.

What taco seasoning is best? 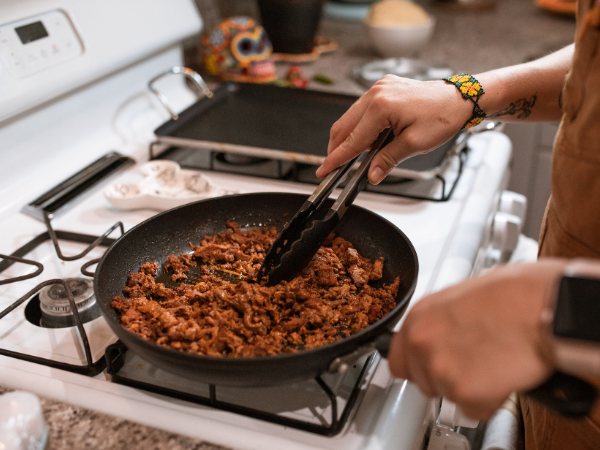 So it’s Taco Tuesday, and you want to show off your skills. You’ve now learned the difference between authentic Mexican tacos and Americanized Tex-Mex best taco recipe.

Since you’re already decided on making this taco night a success, why not make everything from scratch? Apart from the tortilla, that may take a bit more time to make and bake.

All you need is several spices mixed, and you have yourself a tasty homemade taco seasoning. You can use it to season the meat, the veggies, and the beans.

Even the pico de gallo, if you have it, they work great with tacos! It can also be a good rub for steaks, chicken, and any recipe you want to be aromatic and delicious.

The spices you will need are:

Simply mix them well together and use them as generously as you want. Be sure to store them in a tightly sealed container afterward. Keep away from direct heat to maintain shelf life. 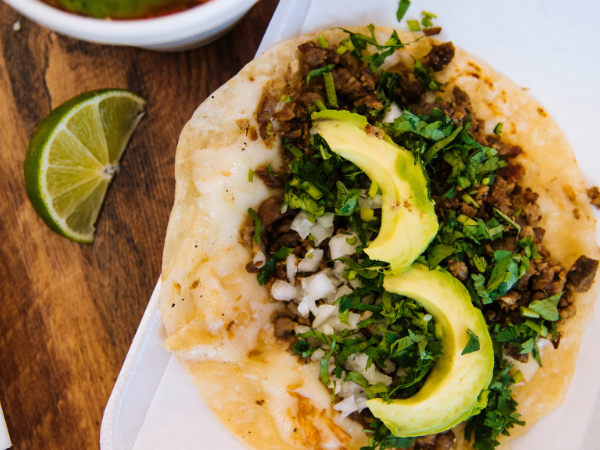 Whatever tickles your fancy, you came here to find a good taco recipe, so a good taco recipe you shall have. The great news is that tacos are relatively easy and flexible. You can always replace ingredients with ones that are more accessible or palatable to you and your guests.

If you’re planning to make authentic Mexican tacos, remember the tortilla, meat, and toppings used are different from those you get at El Pollo Loco or other local joints.

There are also several home cooking tutorial videos online that can guide you through the proper cooking methods and ingredients used.

For this recipe, an easy but delicious Tex-Mex formula will be used. It will take less than an hour to make and will surely be a hit for a busy weeknight dinner with the family.

The best taco recipe is subjective as everyone’s taste buds prefer different things. There are several variations out there that you can always try your hand at a different one before perfecting your homemade recipe. If you like authentic Mexican tacos, best ask for tips and family recipes of your Mexican friends.

If you like Taco Bell’s chalupa or Chipotle’s chicken tacos, that’s perfectly fine. You may want to recreate their recipes and adjust the ingredients to use more fresh vegetables and less trans fat on the meat.

Making your seasoning is also a fun kitchen activity. Plus, you can use homemade seasoning for many recipes and not just tacos. If you’re feeling motivated and have some free time, try your hand at other Mexican and Tex-Mex dishes such as burritos, nachos, and quesadillas.