Fry bread recipe - how to make it | Key Ingredients and Directions

Fry bread recipe – how to make it

Have you tried the original fry bread recipe by the Navajo people? The dish is enjoyed all over the United States, but its origins are from the Native American group that can be traced back to generations of ancestry. Suppose you’ve never had it—any need to scout your town for a place that sells them. Navajo fry bread is surprisingly easy to make at home.

The dish is sometimes referred to as American Indian bread because recipes may vary according to region and tribe. Other tribes make them with traditional cornmeal, while more modern recipes use regular old flour. Some recipes add shortening, lard, butter, or different types of fat. 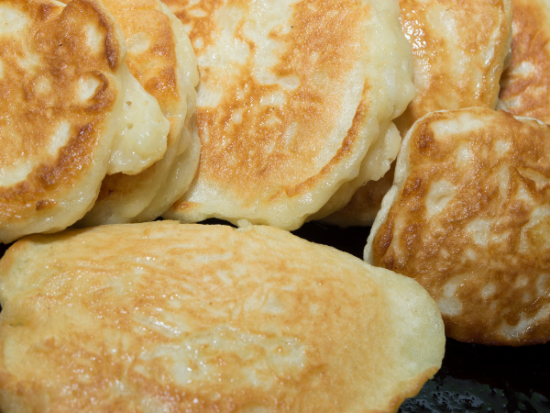 Over a hundred years ago, fry bread was created when the United States government forced Native American settlements living in Arizona to make a 300-mile migration. This came to be known as the Long Walk, and its purpose was to relocate the natives to New Mexico, where their traditional staple vegetables and beans cannot grow because of dry land.

The government gave them canned and dry goods to prevent starvation among the migrating group, including flour, processed sugar, and lard. This is where fry bread was born into the world — a recipe made from the migration history of American indigenous tribes. The dish is delicious and symbolic of a specific culture in America that some natives even describe as part of their national identity. 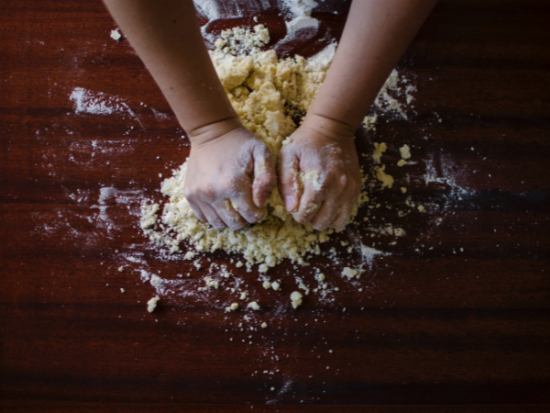 As mentioned before, making fry bread is nothing too complicated once you have the right ingredients. However, some Native Americans say that the secret to good fry bread is in kneading and preparing as much as the quality of the ingredients used. For this recipe, you will only need a few things that can easily be found in stores and more or less 30 minutes before it’s ready for serving.

Frybread is supposed to taste savory, but you can also opt to sweeten it a bit by adding your favorite toppings. While it’s still piping hot, lightly sprinkle the fry bread with powdered sugar, cinnamon, or glaze it with honey or maple syrup.

If you want to make an individual serving, try making the bread into a taco salad base and top it with savory toppings. This dish is popularly known as Navajo tacos or American Indian tacos. Cut the fry bread into wedges and top it with ground beef, sour cream, cheese, sliced tomatoes, cilantro, and other toppings and sauces. 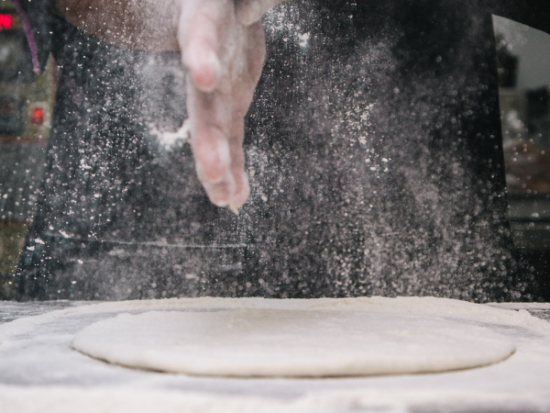 You may have already tried making fry bread, but it didn’t turn out the way you want them to. There are several tips you can follow and see if they improve your homemade recipe. When kneading the dough, be sure your hands and the surface are well-floured to avoid the dough from sticking everywhere.

You can also try adjusting the thickness of your dough for your intended purpose. When making tacos, make them thinner, but if you’re serving them just as they are, make them a bit thicker for a fuller bite. You can use your favorite type of oil like canola, vegetable, palm, lard, or other shorteners for frying. Finally, adjust your ingredients’ ratio and make sure not to put too much or too little.

How long can fry bread be stored?

Frybread has a surprisingly long shelf life when frozen, but they are still best consumed when freshly made and fried. Leftovers can be left at room temperature for around 2 to 3 days in a loose plastic or container. To reheat the bread, pop them in the oven as you would regular toast.

Frozen fry bread can last for up to three months when properly stored. After the bread cools, pat down with paper towels to remove excess oil, then wrap tightly in plastic or wax paper then place it in a freezer bag. You can even freeze the uncooked dough. That way, you can defrost it anytime and fry fresh batches of fry bread.

Why is my fry bread hard? So you followed the recipe to a T, but your final product is still hard chunky fry bread. This may be because of over-kneading the dough or over-mixing the ingredients. Another problem could be oil that hasn’t heated up enough for deep frying, resulting in frying the bread for far too long.

The baking powder in this recipe will give the bread its fluffy, pillow-like texture and keep it soft. In other recipes, yeast or other starters are used to leaven the bread to make it rise. It may be that your recipe lacks baking powder as well. Try a combination of these tips and see if your fry bread is still hard after cooking.

Once you learn how to make Navajo fry bread, you instantly have another quick and easy-to-make snack in your cookbook. There are so many ways to enjoy this dish, and the best thing is that it is all up to you how you want to serve them. If you’re feeling extra, you can even eat them with your favorite soft-serve ice cream or yogurt.

It is a dish that is both lights yet fulfilling. You can also substitute this for other carbs like rice and white bread. Eat it with meats or stew and chili, enjoy it anytime at home or share some with family and friends.