Antetokounmpo, who missed Friday’s game against the Chicago Bulls with an ankle injury, delivered the dunk that put the Bucks ahead for good with 7:57 left. The 49 points were the third-most of his career and his most since he scored 50 points against the Utah Jazz on Nov. 25, 2019.

Khris Middleton had 26 points and 11 rebounds as the Bucks maintained their hopes of finishing first in the Eastern Conference for the third straight season. Milwaukee closed within 2 1/2 games of the second-place Nets and within three games of the East-leading Philadelphia 76ers.

Durant tied a season-high with 42 points but missed a pair of potential game-tying 3-pointers in the final 30 seconds, including a shot that glanced off the rim just before the buzzer. DeAndre Jordan finished with 10 points and 11 rebounds, and Kyrie Irving scored 20 points. 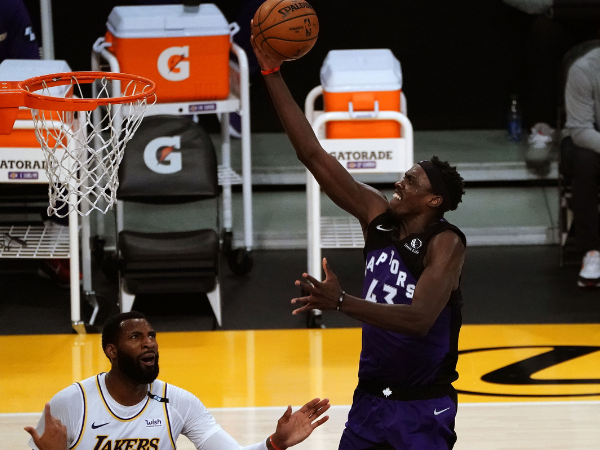 Pascal Siakam finished with 39 points and 13 rebounds, and Kyle Lowry tallied a season-high 37 points and added 11 assists as Toronto dealt Los Angeles its sixth loss in the last seven games.

Kyle Kuzma came off the bench to lead Los Angeles with 24 points. In his second game back from a high-ankle sprain, LeBron James finished with 19 points, seven rebounds and six assists, although he departed with 6:42 left due to soreness in the ankle.

Andre Drummond totaled 19 points and 11 rebounds, and Anthony Davis finished with 12 points, nine rebounds and seven assists for the Lakers, who are among three teams tied for fifth in the Western Conference. 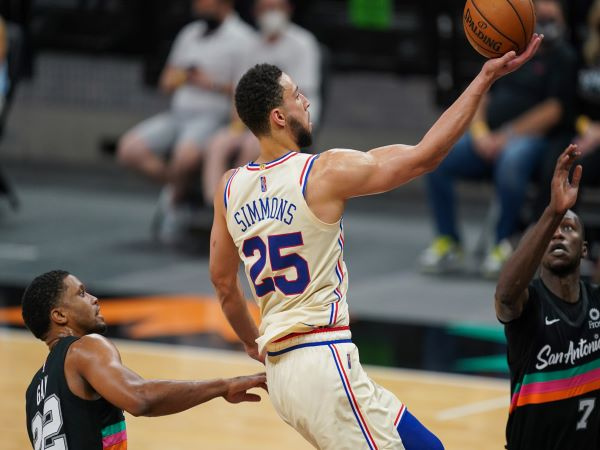 Ben Simmons made a game-winning tip-in at the buzzer in overtime and Joel Embiid scored 34 points and took 12 rebounds as visiting Philadelphia outlasted short-handed San Antonio.

The 76ers had to work hard to hold off San Antonio, which was down four starters but still tied the game at 107 with Keldon Johnson’s putback layup with 1:03 to play. Misses by both teams in the final minute sent the game to an extra period.

Points were at a premium in the overtime, and Rudy Gay’s driving layup with 19.1 seconds left tied the game at 111. Embiid’s shot with one second remaining bounced off the rim but Simmons leaped high and tipped in the rebound to provide the 76ers their fourth straight win. 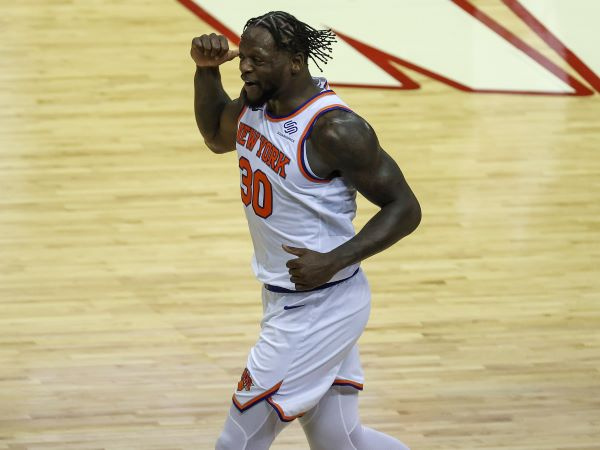 Julius Randle scored a game-high 31 points and authored the clinching run down the stretch of the third quarter as New York opened its final road trip with a victory at Houston.

Randle added seven rebounds, six assists and four 3-pointers to his ledger to lead the Knicks to their 11th win in 12 games.

RJ Barrett chipped in 21 points and seven rebounds, while Derrick Rose had 24 points off the bench for the Knicks, who maintained their hold on the fourth seed in the Eastern Conference and home-court advantage in the first round of the playoffs. 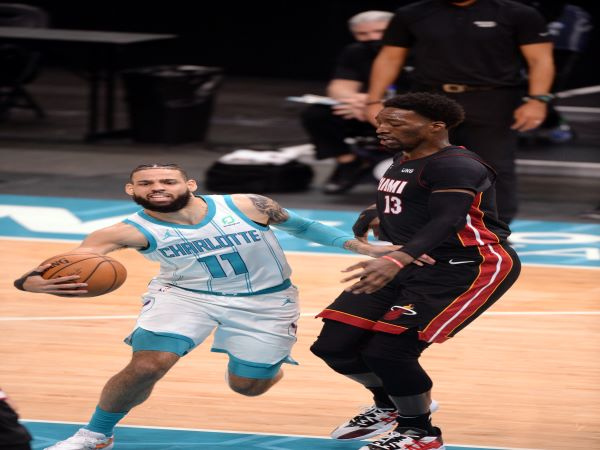 Bam Adebayo scored 20 points to go with 10 assists as visiting Miami defeated Charlotte for the first time in three meetings this season.

Kendrick Nunn poured in 19 points and Jimmy Butler and Goran Dragic each added 18 points for the Heat. Dewayne Dedmon had 14 points and Duncan Robinson supplied 10 points as Miami won its third game in a row. Butler had eight rebounds and eight assists.

P.J. Washington led Charlotte with 21 points, while Miles Bridges chipped in 15 points, Terry Rozier had 14 points and Jalen McDaniels notched 12 points. The Hornets lost for the third time in their past four games.

Buddy Hield finished with 27 points and six rebounds and shot 6-for-10 from 3-point range to lead Sacramento past host Dallas.

The Kings swept the season series against the Mavericks, winning all three matchups since April 18. Those losses are Dallas’ only defeats over its past nine games. Marvin Bagley III had 23 points and nine rebounds, and Delon Wright delivered 14 points off the bench. Richaun Holmes also had 17 points and seven rebounds.

The Kings lost rookie Tyrese Haliburton with 7:30 to go in the third quarter to a left knee injury. Haliburton pulled up while dribbling across midcourt and collapsed, clutching his knee.

CJ McCollum scored a game-high 33 points, Damian Lillard added 26 points with 13 assists, and Portland won its fourth straight game on its road swing with a victory over Boston.

Portland remained perfect on its six-game road trip as all five starters scored in double figures. Three notched at least 23 points with Norman Powell scoring 23, including a driving layup in the final minute that gave Portland a seven-point lead.

Powell’s basket followed a Carmelo Anthony 3-pointer that ended a field-goal drought of 2:43. Anthony finished with 13 points, and his 3-pointer was the last of Portland’s 19 on a 19-of-38 shooting night for the team.

The Suns extended their winning streak to four, moving into a tie with the Utah Jazz for the top spot in the Western Conference. Phoenix holds the tiebreaker.

A night after sustaining the largest home loss in NBA history — a 152-95 loss to Indiana — the Thunder stayed within striking distance much of the night.