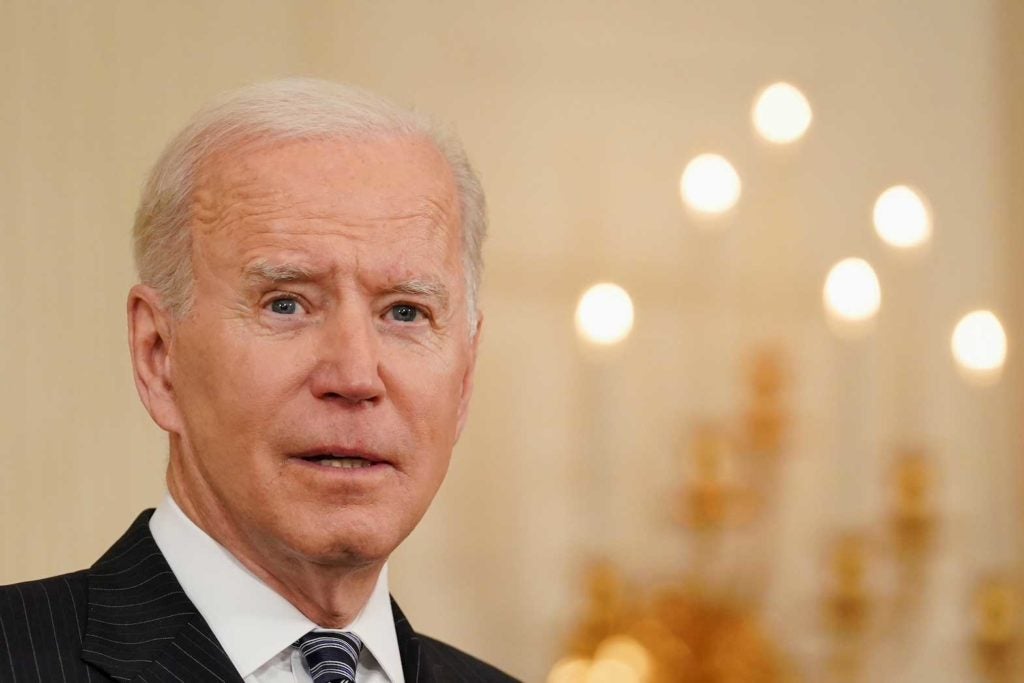 WASHINGTON – U.S. President Joe Biden will sharpen arguments for his $2 trillion-plus new spending proposal in a speech on Wednesday challenging opponents of the plan and the taxes that would be raised to pay for it.

Biden faces stiff opposition from Republicans, companies and even some in his own Democratic Party to key elements of the proposal he laid out a week ago, which must be approved by Congress to become a reality.

The president will attempt to put those opponents on the defensive in a speech where he will “challenge critics to explain why it’s acceptable that 91 of the biggest corporations paid zero in federal taxes in 2019, or lay out which parts of this package they don’t think is worthy,” according to a White House official previewing Biden’s remarks, who declined to be named.

Biden will deliver the speech at the Eisenhower Executive Office Building, across the street from the White House.

Biden plans a host of investments over eight years in spending on roads and bridges, retrofitting homes, expanding broadband internet access, caring for the elderly, building up domestic manufacturers and building high-speed rail.

The largest share of funding for the proposal would come from a sharp increase in the corporate tax rate to 28%, from the 21% levy set by then-President Donald Trump’s 2017 tax bill.

Biden’s plan also raises taxes on companies’ overseas earnings and introduces a new minimum tax on the profits they report to investors.

On Wednesday, the Treasury Department released details of the tax elements of the proposal, including plans to increase auditing and enforcement, that it said would raise about $2.5 trillion over 15 years.

“The biggest companies in the world, including Amazon – they used various loopholes so they’d pay not a single solitary penny in federal income tax,” Biden said when he introduced the plan. “I don’t want to punish them, but that’s just wrong.”

Amazon.com Inc Chief Executive Jeff Bezos said on Tuesday that he supports hiking the U.S. corporate tax rate as part of an infrastructure overhaul. But the carefully worded statement stopped short of endorsing the full spectrum of Biden’s tax and spending aims.

The business lobby and Republicans have been withering in their criticisms of the proposal. The U.S. Chamber of Commerce, the largest U.S. business group, last month called Biden’s proposed hike in corporate taxes “dangerously misguided” and warned it would “slow the economic recovery and make the U.S. less competitive globally.”

LATEST
FDA and Abbott agree to reopen baby formula facility in Michigan
SpaceX is set to become the most valuable U.S. startup
Starbucks to add abortion travel coverage to U.S. health benefits
Twitter exposed as its engineer confirms censorship within the platform
You’re Doing It Wrong: How to Use Long-Tail Keywords to Gain Traffic
U.S. to allow 35,000 more guest workers as summer nears