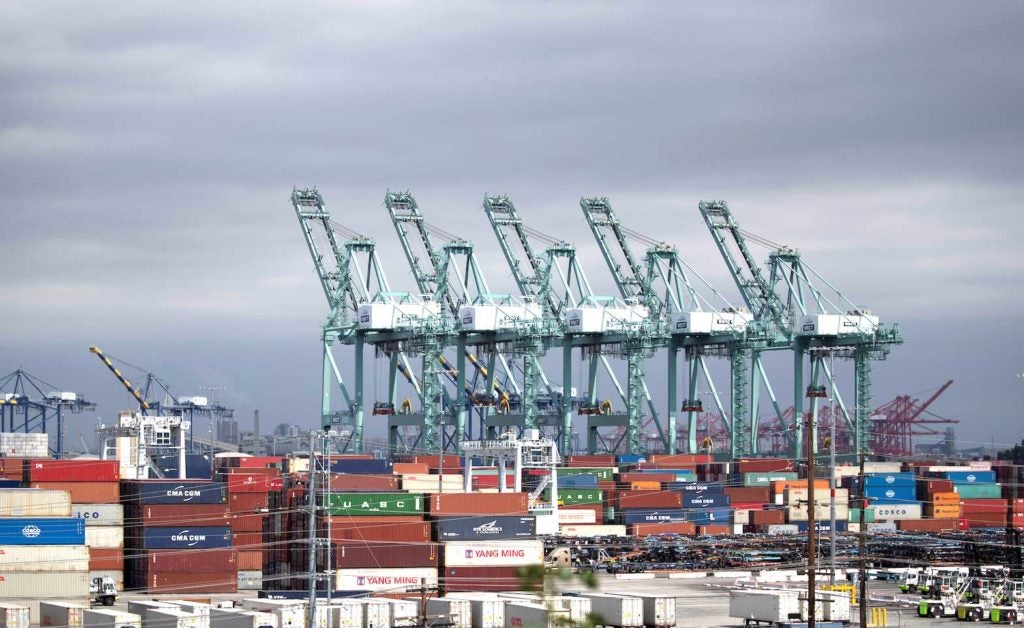 Containers are pictured at the Port of Los Angeles during the global outbreak of the coronavirus disease (COVID-19), in Los Angeles, California, U.S., April 13, 2020. REUTERS/Mario Anzuoni

The global economic outlook has brightened as COVID-19 vaccine rollouts speed up in some countries and the United States launches a vast new stimulus package, the OECD said on Tuesday, hiking its forecasts.

The world economy is set to rebound this year with 5.6% growth and expand 4.0% next year, the Organisation for Economic Cooperation and Development said in its interim economic outlook.

That marked a sharp increase from its last outlook in early December, when the Paris-based policy forum forecast global growth of 4.2% this year and 3.7% next year.

But significant risks loom over the improved outlook, notably in the form of how fast authorities get vaccine shots to people, how soon restrictions are lifted and whether new variants of the coronavirus are kept in check.

Singling out Europe for its slow rollout, she said government money injected into the economy risked ending up in consumers’ savings if they cannot soon return to more normal lives.

Global gross domestic product was seen returning to pre-pandemic levels by the middle of this year, albeit with large divergences between countries.

“The pace of vaccinations is not fast enough to consolidate the recovery, we need to go much faster and we need to do much better,” Boone said.

While the vaccine rollout would give a shot in the arm to the global economy, the United States’ planned $1.9 trillion stimulus package would cascade down to other countries, adding more than a percentage point to global growth.

The OECD estimated the package, which includes $400 billion in one-time payments of $1,400 to many Americans, would boost U.S. output by around 3% to 4% on average in its first full year.

With public money flooding into the world’s biggest economy, the package could lead to the creation of up to 3 million U.S. jobs by the end of the year but could also increase inflation by 0.75 percentage points per year on average in the first two years.

Meanwhile, the stimulus would be a boon for the United States’ major trading partners, boosting growth by 0.5-1 percentage points in Canada and Mexico, and between 0.25-0.5 in euro area and China, the OECD said.