Being some of the popular influencers these days seems to be the best way for many people to point across or advertise their brand on social media. An influencer marketing a sponsored brand or not can surely bring profit to the products they show on their accounts.

A social media influencer can find their niche and become famous quickly. In the internet world, the top Instagram influencers are also the ones on top of the game. So what makes influencers so successful?

With the age of influence, influencer marketing teams research who brings in many of their followers and what these influencers can do for their company.

Moreover, some of the hottest women that became top Instagram influencer has the most attractive and exciting Instagram page. While most of the hottest girls grace the pages of the popular social media platforms, some of the top Instagram influencers also have a music careers. Famous musicians such as Taylor Swift, Beyonce, and many more aren’t just hot girls but also talented personalities.

We have a list of the hottest female influencers. You may recognize several of these popular influencers, and you may be a massive fan of them as well.

What percentage of influencers are female? 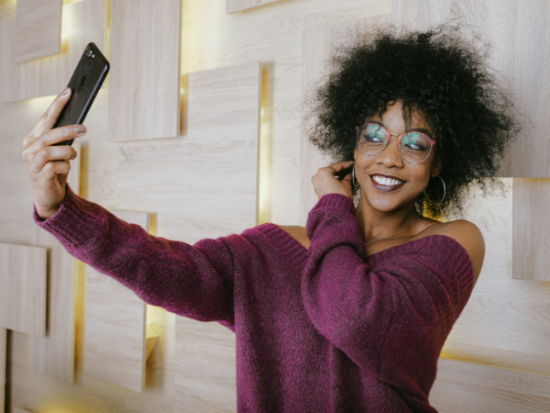 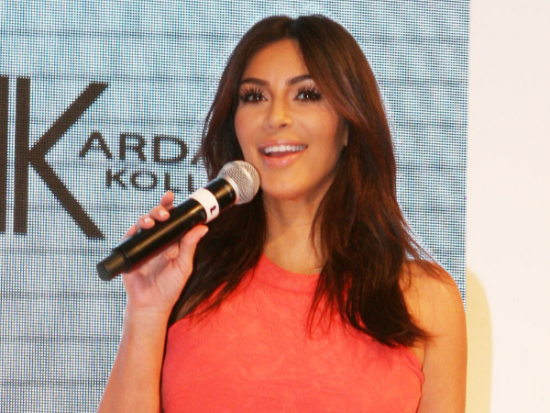 Nikkie is a top Instagram influencer who covers anything from makeup and beauty. She is a Dutch makeup artist who had her first video in 2015. Her face is living proof she’s one of the hottest women alive.

She recorded a makeup YouTube video, and the rest is history. Her YouTube channel has 13.8 million subscribers. As one of the web’s hottest girls, her videos have also been seen over 1.4 billion times.

On her pages, you will see makeup tutorials and her having fun and being herself. Nikkie has worked with several different cosmetic lines, Maybelline being one of them.

In January 2019, she served as a beauty advisor for Marc Jacobs Beauty. Another fun fact about Nikkie, she is transgender and an excellent influencer today.

Louise Pentland has written four best-selling books. She is a video blogger, has a podcast, and has 2.4 million subscribers.

On her Instagram page, she discusses being a mother, being positive, and living life. Her blog is called Sprinkle of Glitter, and she covers babies, motherhood, having a great attitude in life, and more. Louise Pentland is funny and happy, and she draws you into her world. She is a tremendous female influencer today.

If you’re a TikTok user, you probably know who Charlie is. She was a professional dancer before TikTok was born. With over 137 million followers, she is now showcasing her dancing skills on the popular digital platform. At a very young age of 17, she accomplished much through the social platform. Her makeup reveals, and dance videos are worth the watch. 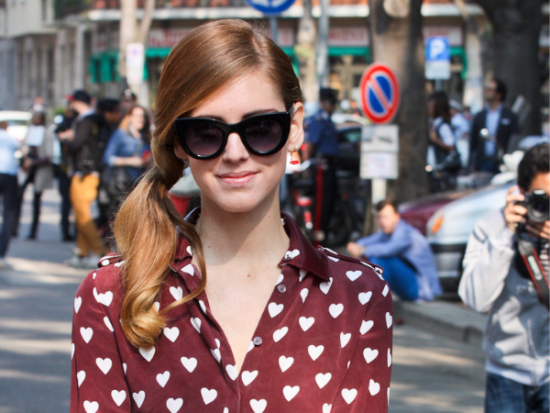 With over 22.2 million followers, Chiara Ferragni is a well-known fashion blogger. She has her own fashion house. As one of the hottest girls on social media, she is also one of Italy’s most successful business owners. Her brand name started in her country.

Aside from being a cover model for magazines when she started, she also became the top ambassador of different Italian beauty brands.

She talks about her family often in her blogs. Not only is she beautiful, but she is also a hard-working mother too. Her slim Italian physique and prominent facial features prove she is one of the hottest women globally.

You may have seen Daisy Keech on your social media feeds. She’s an influencer with a large following and a great sense of style.

Daisy Keech is more than just a pretty face. She knows her stuff when it comes to fashion, beauty, and lifestyle topics. Her followers trust her recommendations, so if you’re looking for advice on what to wear or how to live your best life, she’s the perfect person to follow.

She is an American model who’s also one of the famous female fitness influencers. Daisy Keech reached her fame status through her fitness posts. Aside from being the top Instagram influencer, she is also the founder of Hype House. It is a physical house where she mostly makes her TikTok content. Some of the significant influencers also collaborate with her to create content. Although, she wasn’t connected with the Hype House at all now.

You might already be dancing to her pop tunes before knowing how popular she is on social media. She has 38.5 million followers. A Thai artist based in South Korea, Lisa is known as Lalisa Monoban. She is the popular leader of the BlackPink group. Aside from being a singer, she is also a renowned actress, model, and dancer.

Lalisa also plays the role of Moonshot’s brand spokesperson. Moonshot is a popular South Korean beauty company. With her unquestionable talent and pretty face, there’s no doubt she is one of the hottest girls on Earth.

Another very popular influencer is Kim Kardashian. She and her family are one of the most talked-about and seen celebrity families. Aside from her celebrity status, she’s also a social media star that has other advocacies. Recently, Kim has explored the world of law and passed her baby bar exam.

Many women follow Kim because she has a sense of herself to start with. She also has a routine of beauty regimens, she has a great sense of fashion, and she is just pretty. Kim also has the first-ever award for being a fashion influencer. Also, her Instagram account shows how colorful her life is and how successful she is in her business.

She has influenced many women to think it is okay to look like her. Instead of following fashion trends, Kim Kardashian sets the trends. Even when Kim wears sweatpants and an oversized t-shirt, she makes it look unique, and her followers love it. Given the beautiful family genes she and her siblings carry, no wonder she is one of the hottest women alive. She has also been 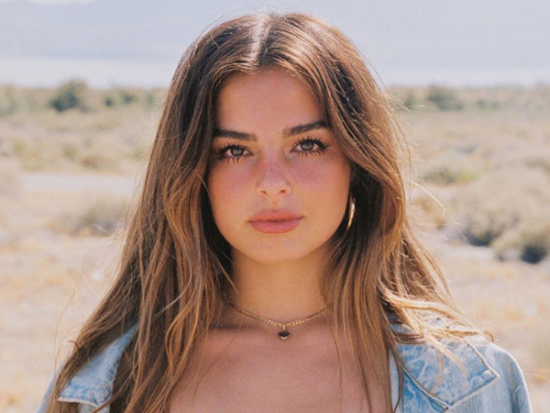 Addison Rae is a part of Tik Tok, which is influencer marketing to most. With 32.8 million followers, she is the best knowledge for all her Tik Tok videos where she is dancing.

Addison and her mother have a podcast together. She has been on The Ellen Degeneres show for her fashion and beauty-themed posts. She has done photoshoots with Aeropostale and Disney.

A pop star who had transformed into one of the hottest women alive, that’s who Selena Gomez is. She is a pop star with over 130 million followers on social media. Her social media page has a lot of self-promotion photos on it. She also posts about brands that she is partners with. Aside from being one of the biggest names in Hollywood, she’s also a popular social media star.

One admirable fact about Selena is that she is not afraid to open up to the public and her fans about her mental health struggles. On her birthday, she promised that she would go out of her way to raise over $100 million over the next ten years to help communities access mental health services. 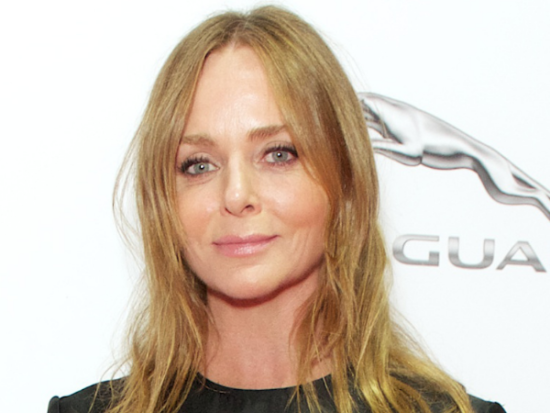 Stella is a British fashion designer and a huge social media influencer. McCartney is the daughter of Sir Paul McCartney of the Beatles. She is very concerned about the environment and how animals are treated.

Stella is an advocate for animal rights, and she has always been a part of the cause. She has 4.6 million followers. Indeed a rising social media star with a heart of gold.

Curious as to who is the most popular influencer of 2022? We have curated a list of the well-known influencers you can check out. That is, if you’re not following them yet. It’s not surprising if you’re already one of their followers. We don’t want to focus on just the female influencers, so we have added a list of the best influencers that include males too!

What’s unique about this list is that it doesn’t involve any celebrities, sports, and political figures. They are pure influencers known for their creative and juicy content. Look no further than on our list of the top most popular influencers.

Binky Felstead is a reality TV star and social media influencer who got her start on the hit series Made In Chelsea. She is an all-around inspiration for many women, sharing unique insights into her life as a fashion lover and a proud mother.

Binky has collaborated with several high-profile lifestyle brands as a leading female influencer, and she now supports The Mummy Tribe, a health and wellness retreat.

Suzie Bonaldi, a fashion blogger and YouTube influencer, created Hello October. She has a large online following and is undoubtedly one of the best influencers, focusing on fashion, beauty, interior design, and travel.

Her beautiful photography and helpful hints have led to collaborations with brands such as Topshop, TRESemme, Marc Jacobs, and Nina Ricci.

Zoe Sugg, also known as Zoella, began blogging in 2009. She’s now one of the most popular female social media influencers, with over 12 million YouTube subscribers and 11 million Instagram followers.

She’s also built an empire out of her social media fame, publishing several books and releasing several product lines. Her Instagram account proves how well she has made it on social media.

been really focusing on me 🖤 pic.twitter.com/AbBUkCfRj0

Whatever else you might think of the Kardashian-Jenner family, they are undeniably masters of social media. On this list, we’ve included two. Kylie Jenner, the founder of her makeup brand, new mom, and top female Instagram influencer with 105 million followers, is the first on the list. She’s also one of the hottest girls that have gone to a business venture and hit it huge in the business world. Her self-evident great business intelligence makes up for why e think she is one of the hottest women on this planet.

Once you understand your audience, creating and posting relevant content is next. You can become a social media influencer if you’re regular and consistent.