The real deal? The case for and against inflation | What to know

The real deal? The case for and against inflation

After years of dormant inflation, the spectre of accelerating price rises is rearing its head again across the developed world. Maybe.

Debates are raging among economists on whether aggressive government spending unleashed since the COVID-19 pandemic will power economic growth, and therefore inflation. Market gauges of U.S. inflation are at multi-year highs, inflation bulls note.

Hold on, warn others, pointing to subdued wage pressures. They note, too, that technological and demographic forces that kept price growth low for so long have not gone away.

Here are the cases for and against a surge in inflation.

THE CASE FOR INFLATION

In the United States, a $1.9 trillion spending package, equivalent to 9% of GDP, and a rapid vaccine rollout are game changers. There’s also talk of another $3 trillion in infrastructure spending.

With the U.S. economy seen expanding more than 7% this year, the highest in decades, corporate and consumer spending should get a boost. The IMF predicts 2021 global growth at 5.5%.

Cumulative economic losses in the United States from the pandemic will be roughly a quarter of the hit from the 2008-2009 crisis, BlackRock estimates.

So, after a 30-year absence, inflation might “not just moderately overshoot 2% but could threaten to breach 2.5% year-on-year — the Fed’s implicit tolerance threshold”, says Chetan Ahya, Morgan Stanley’s global head of economics. 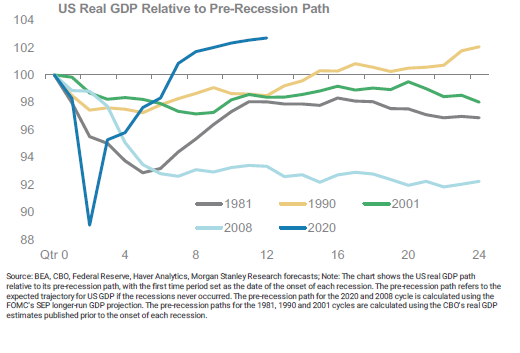 In 2020, the Federal Reserve increased the amount of dollars in circulation by around 20%. Boost the money supply significantly, argue the monetarists, and inflation follows.

Manoj Pradhan, who makes the case for an inflation revival in The Great Demographic Reversal, co-authored with Charles Goodhart, said huge fiscal stimulus would ensure a robust rise in domestic spending, some of which was already showing up in a rise in M1 money supply.

The M2 money supply measure in the United States and Japan is several times levels seen in the last 30 or 35 years, he said, a sign of building inflationary forces. 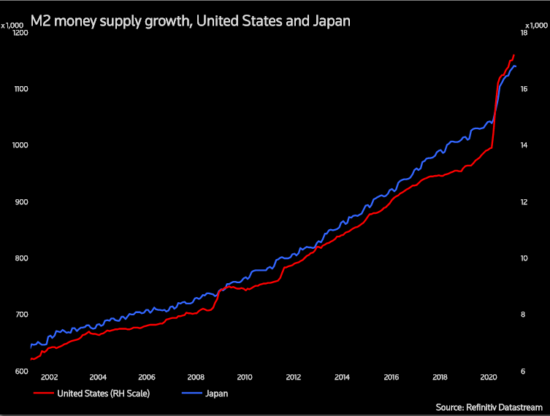 Corporate profits rose in recent decades and wages fell as hundreds of millions of lowly-paid Asian workers joined the labour ranks. But now, those populations are ageing.

In 2018, U.S. workers earned five times the average Chinese worker, versus 35 times in 2000, according to Pradhan.

The median age in major Asian countries is now higher than in the United States, according to brokerage StoneX. Its global macro strategist Vincent Deluard predicts this will slow Asian growth, shrink current account surpluses and lift currencies.

“For the rest of the world, this will be a massive and unexpected, inflationary shock,” he said.

THE CASE AGAINST INFLATION

Inflation projections for much of the developed world remain pessimistic: the European Central Bank forecasts euro zone inflation at 1.5% in 2021 but easing to 1.2% in 2022.

What also matters is whether policymakers rein in spending once the output gap — the difference between potential and actual economic growth rates — closes, said MFS Investment Management’s Erik Weisman. He predicts the U.S. government will eventually turn off the taps. 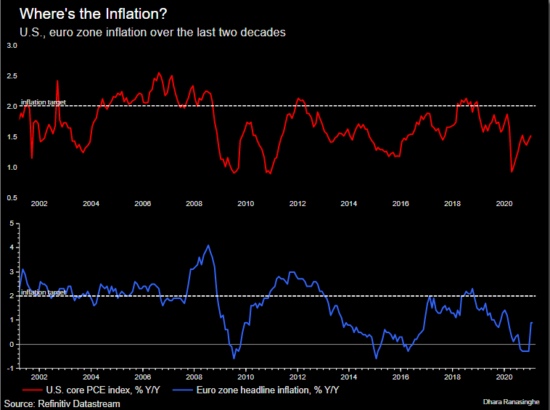 Nearly 10 million fewer Americans are in work now than before COVID-19 hit and there is no guarantee that all laid-off workers can return.

In the euro zone, average wage growth was slowing even before the pandemic. Despite unemployment at a decade low, wage growth was an annual rate of just 1.7% at end-2019, Fitch notes.

Mike Riddell at Allianz Global Investors said unemployment rates must fall below end-2019 levels to generate much inflation and “we are many years away from that”.

In short, labour markets have lots of room for wages to rise before they lift inflation. 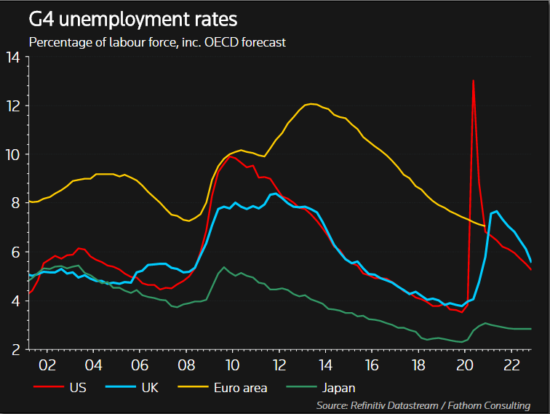 From Amazon to Zoom, tech firms were the pandemic’s biggest corporate winners.

How to Increase my Domain Authority

Quickest Way to Get Out of Debt

Technological advances could continue to pressure prices lower and in fact the pandemic has accelerated moves towards online retail. In Britain, internet sales comprise 35% of all retail sales versus 20% in January 2020. 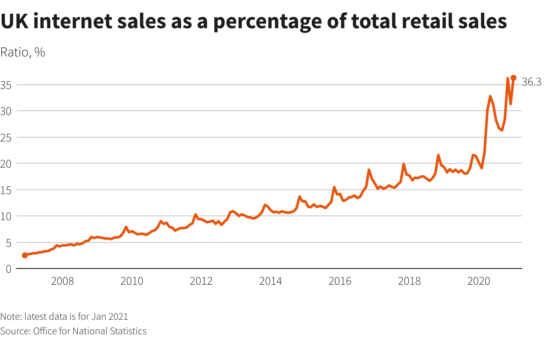