How to Become Tiktok Famous | in Only 3 Weeks | INQUIRER.net USA

How to Become Tiktok Famous

It’s Tik Tok time, and if you think we’re talking about a clock, you’re already way behind. By now, most of you have heard about the app named TikTok. Odds are unless you’re part of Gen Z, you’re vaguely familiar with this part of the social media world, but you’re not certain exactly what it is.

Maybe you have a Tiktok account, but you haven’t yet harnessed what the content creator service can do for you or your social media presence. In this article, we will cover how to become Tiktok Famous.

Advertisers and online influencers have been spoiled for the last several years. We’ve been able to do extremely well, focusing on a small number of social media apps.

this man has a real leg up on the competition pic.twitter.com/Ihqsv9EG3T

They’ve helped us build audiences, market products, and services, and engage our followings. More recently, though, the TikTok app has burst onto the scene, and you could be left behind.

It’s not too late, though. You can still become TikTok famous. Put in some time to learn about the app and how to get followers, and soon enough, you’ll be performing for an audience.

Tiktok is a social media app where users can share short videos of themselves, such as lip-sync song clips. It’s been popular among teenagers and young adults and has promoted musical artists and fashion brands.

There isn’t necessarily a formula to becoming Tiktok famous. Still, not everyone can reach that status because becoming the most followed individual on TikTok requires the following traits:

Tiktok has Tiktokers with massive Tiktok of followers, which Tiktok apps can monitor. TikTok is also timed right on the TikTok app for the ideal user engagement timing, ensuring TikTok fame overnight. 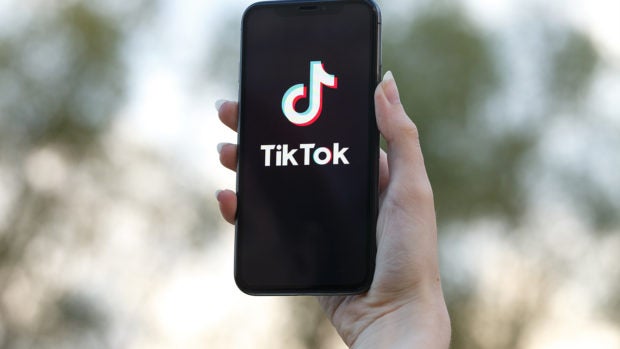 Many people come across TikTok because they see Tiktok fans posting creative or funny videos with music and sound on a Twitter or Instagram feed.

It surprises many people to find out that the online platform has over 500 million users, and it’s growing in the United States.

It’s had plenty of time honing the online platform in the other half of the world: China. That’s where it has become one of the most popular video hosting services among young people over the years.

On TikTok, users share short-form videos (up to 15 seconds each) with different filters and background music.

It’s like it took all of the great things that Vine offered and added in the appealing custom features of Snapchat.

It’s easy to navigate and uses hashtags very effectively for a group activity that keeps fans of a joke or story engaged.

The online platform and website also take care of people who wonder how to get Tik Tok followers.

As people generate good content, other users following hashtags get exposed to creators who can build a loyal audience looking for more entertaining comedy or lip-sync videos.

A large part of what’s made it successful is that it makes it easy for anyone to become a content creator. Many suggestions guide users to lip-sync different songs or participate in an ongoing TikTok challenge.

So far, it gives young social media users rapid-fire content that they crave in a cool, fun-to-use package.

Take advantage of the duet feature as much as possible.

Finally, participate in the viral challenges! Don’t miss out on anything that can turn you into a famous TikTok creator! Always update your account with high-quality videos! D

TikTok in The U.S. Market

Since its launch, the online platform has been downloaded by hundreds of millions. In September 2019, it was the most downloaded social media app on all mobile app stores worldwide, with almost 60 million installs. Imagine how many of those folks have a TikTok account!

According to SensorTower, 8% of these account for downloads from the United States. That’s almost five million downloads in just one month.

never related to a TikTok so much pic.twitter.com/6yKXRizGZE

It’s certainly come a long way in a short amount of time.

TikTok got a huge boost in the U.S. market when it purchased Musical.ly in November 2017. Musicaly.ly was a popular karaoke app targeting teens who had surpassed 100 million monthly active users.

It hasn’t all been roses, however. In February 2019, the Federal Trade Commission ruled that TikTok had to pay a $5.7 million fine for illegally collecting data from children.

Considering the user base has been concentrated on young users, the download numbers could get even larger if older demos catch on.

There’s still time to jump on and learn how to get TikTok followers.

How to Get TikTok Followers 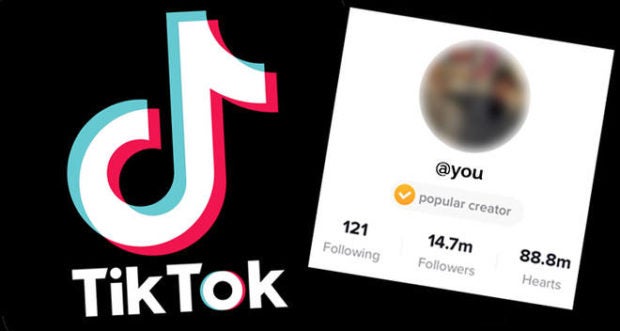 If you just made an account, here’s some help on how to get TikTok famous. Getting more followers and building a following can be hard. Yet, you can get there faster by publishing the right kind of content.

Post them during daytime hours, so more people see them. Eventually, you will get more followers as a TikTok creator.

Think about what kind of follows you want. For younger age groups, you’re probably going to get more views after around 3 PM, when kids get out of school and are free to use their phones. You need to time your post for maximum reach.

Blase videos aren’t going to cut it, either. If you want more TikTok followers, you’ve got to bring the heat! Think outside the box and make fun, off-the-wall videos that people will watch and share with friends.

Most followed Tiktok accounts are usually those with makeup skills, and a variety of personalities and are just downright interesting. If you’re just starting on TikTok, it would be a great idea to learn about makeup and how to pose for the camera. It’s also important to think of both interesting and unique content – don’t just stick to posting selfies!

The Top Spot Tiktok Stars Are:

TikTok offers a new way to send a message, the kind of organic, fresh advertising that a company would do anything to get.

So far, the free TikTok app hasn’t gotten anywhere near offering the standard ad packages and options for other platforms like Facebook.

As a result, you aren’t making any money based on the number of views your posts get. Popular content creators with millions of followers haven’t made one cent directly from the company.

However, that’s not to say that TikTok star fame can’t bring you riches. Young content generators like Jacob Sartorius, famous for making singing and comedy videos on the online platform, leaped to fame based on what they’ve posted online.

Their viewership has led to impressive merchandise sales and professional music deals. Yet, the most followed TikTok accounts are not adverse to monetization.

Right now, the best way to make money as a TikTok creator is to gain a loyal following. Make sure people will eat your videos up immediately. Viewership rates and audience engagement will attract companies who want to use influencer marketing to spread a new product launch or general brand awareness.

Done right, you can get something to catch fire and go viral. Other TikTok users will jump in on the fun, passing along a marketing message that can be very rewarding.

Getting TikTok famous is Easy.

Still, if you post regularly, people will see what you’re putting out. If it’s good, they’ll stick around.

If it’s great, you’ll join the ranks of elite online influencers who stand to make a lot of money and have a great time laughing, dancing, and singing with your audience.

Special effects and filters aren’t new to social media. Many other platforms have long incorporated them for pictures and videos. TikTok surely isn’t behind on this algorithm as it spews out new special tools almost every day.

You can still opt to post unedited videos, but where’s the fun in that? A filter that replicates three of you in one frame would look more relaxed.

Also, when users see a new tool you’ve used on a post, they will most likely click on your profile to try and see if there are other special effects like it that you use.

You are also likely to get comments asking what effects you’re using so they can use it themselves. If you make your effects, your username will be visible when other users use it.

If You Get a Viral Video, Keep Going

Their viral videos came out of the blue for most TikTok stars like Loren Gray, Baby Ariel, and Jacob Sartorius. They did not expect their content to blow up and gain as much traction as it did.

But instead of sitting back and basking in their fifteen minutes of internet fame, some capitalize on it and create more similar entertaining content to keep the ball rolling.

Some succeed and build a career out of it. Some score a few paid ad sponsors here and there, while others sadly fade into the background. If your goal is to gain tons of followers, the general rule is to keep posting and keep your fingers crossed that it becomes viral as your last one. There’s no guaranteed viewership, but that shouldn’t stop you from getting creative.

The Hype House is a place that is located in Los Angeles, California. It’s a Spanish-style mansion for some of the famous TikTok personalities.

If you want to know how to become TikTok famous, try to watch some of these people’s content and observe what sparks the interest of their million followers. If you’re going to follow in their footsteps, try interacting with their posts as well.

What to Keep in Mind

TikTok is the latest social media app to take over, and it’s not going anywhere. It has quickly become one of the most popular apps for people around the world, especially among Gen Z. You need to know about this app because it’s an easy way to share videos online through a mix of music, comedy skits, lip-syncing performances, or whatever you want!

The only drawback – there are so many different accounts out there that it can be hard to find what you’re looking for without doing some serious searching. Luckily companies like LeadAdvisors have your back with influencer marketing solutions!

With all of these being said, the real secret of getting TikTok famous is creativity and hard work. That being said, being a TikTok star could be something you aim for but be sure not to let it overshadow your real personality.

There is something to be said about relatability and genuineness, as much as weirdness and trends.