The Golden State Warriors suffered their second mauling of the season on Sunday, crashing to a 120-92 defeat against a rampant Oklahoma City Thunder.

As Americans began gearing up to celebrate Halloween, Warriors coach Steve Kerr was left digesting another horror story from his depleted squad.

The Warriors had been routed emphatically 141-122 by the Los Angeles Clippers in their season opener on Thursday.

But that defeat was surpassed on Sunday as the Thunder outplayed the Warriors in every department to win by 28 points.

“In the first half we didn’t come out ready to play and Oklahoma City just took it to us right from the beginning,” a dejected Kerr said afterward.

“I was really pleased with the effort of everyone in the second half.
But we needed to start the game with that kind of attention to detail.
I mean.
we had 12 turnovers in the first half. 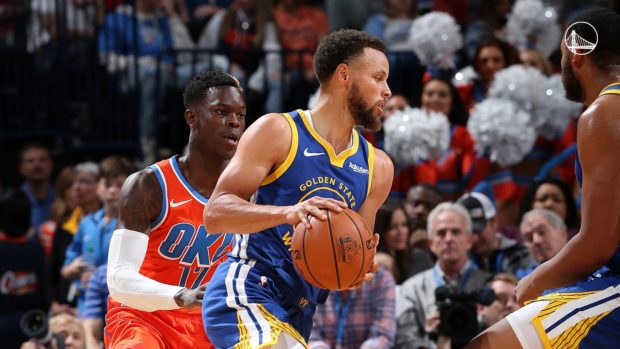 “We were throwing the ball all over the yard and our defense was breaking down.”

The Warriors ragged first-half performance saw them in trouble from the outset, quickly falling behind 35-20 by the end of the first quarter.

By half-time, the Thunder had opened up a monstrous 70-37 lead, all but guaranteeing victory for coach Billy Donovan’s team.

Dennis Schroder led the scoring from the bench for OKC, finishing with 22 points, eight rebounds, and six assists.

Golden State responded with 23 from Stephen Curry but their offense was all too often bullied by the Thunder defense. 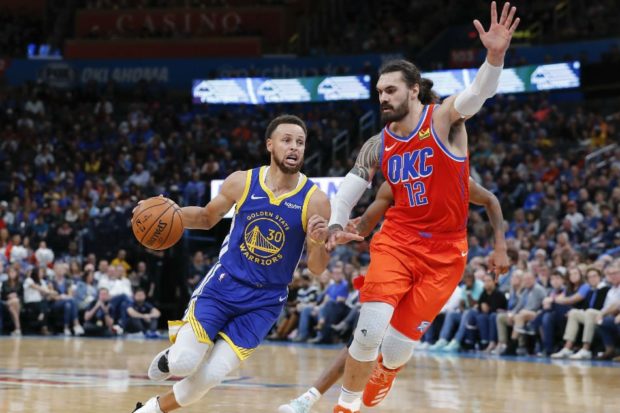 Nevertheless, Kerr said he saw signs of improvement in the second half, describing it as a “major step forward”.

“I know that sounds crazy because we lost by however many points it was, but we’re looking for incremental improvement and I saw some of that in the second half,” Kerr said.

The Warriors have reached the NBA Finals for the past five seasons, winning three of them.

However, Kerr warned after Thursday’s loss to the Clippers that the franchise would need to adjust to a new “reality” as they attempt to manage a period of transition that saw Kevin Durant leave in the summer.

The Warriors are also missing Klay Thompson, who suffered a knee injury during the NBA Finals last season that is expected to keep him sidelined for the rest of the campaign.