Here is a chronology of events in the Ukraine scandal, which has prompted the opening of an impeachment inquiry by the Democratic-led US House of Representatives into President Donald Trump

Chronology Events in the Ukraine Scandal

Trump holds a 30-minute telephone conversation with Ukraine’s new president Volodymyr Zelensky, a former professional comedian who was elected in May.

Earlier in July, Trump — without explanation — suspended hundreds of millions of dollars in military assistance to Ukraine which had been approved by Congress.

The aid is eventually released by the White House on September 11. 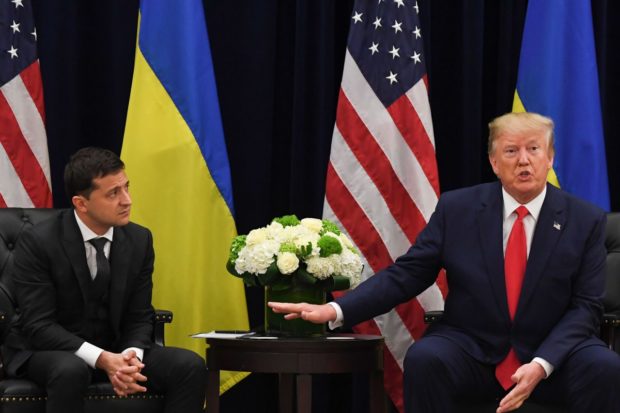 An anonymous whistleblower in the US intelligence community files an internal complaint about the Trump-Zelensky call, describing it as a matter of “urgent concern.”

The Washington Post publishes a report about the whistleblower complaint, saying that it involves a “promise” made by Trump to a foreign leader.

Michael Atkinson, inspector general of the Intelligence Community, testifies about the whistleblower complaint before the House Intelligence Committee but declines to reveal its contents, saying that acting director of national intelligence Joseph Maguire has barred him from doing so.

Trump reacts for the first time, calling the Post story “fake news” and stating that when he speaks with foreign leaders, he is well aware there are likely “many people” listening.

Trump confirms that he discussed Joe Biden, his potential Democratic rival in the 2020 presidential election, and Biden’s son, Hunter, in his call with Zelensky.

Hunter Biden served on the board of a Ukrainian gas company while his father was vice president, but has not been officially accused of any wrongdoing.

Amid a cascade of press reports that Trump pushed Zelensky to investigate the Bidens, Nancy Pelosi, Democratic speaker of the House of Representatives, announces the opening of an impeachment inquiry of the president for abuse of power.

“The president must be held accountable,” Pelosi says.
“No one is above the law.” 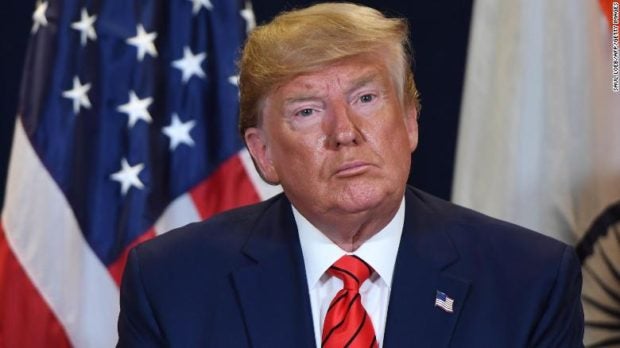 The White House releases a rough transcript of the Trump-Zelensky call. It confirms that the president repeatedly asked the Ukrainian leader to investigate the Bidens and to “look into” the matter with Rudy Giuliani, Trump’s personal lawyer, and with Attorney General Bill Barr.

The House Intelligence Committee releases the whistleblower’s complaint, which accuses Trump of “using the power of his office to solicit interference from a foreign country in the 2020 US election.”

It also accuses White House lawyers of seeking to “lockdown” access to the call transcript because of its politically sensitive nature.

Pelosi and several 2020 Democratic presidential candidates accuse the White House of engaging in a “cover-up.”

In the White House September 27

Kurt Volker, the US special representative of Ukraine, resigns after Congress orders him to provide a deposition as part of the impeachment inquiry.

Pompeo pushes back against the House subpoenas, accusing Democrats of trying to “bully” US diplomats into testifying against the White House.

Trump steps up his personal attacks on Adam Schiff, the chairman of the House Intelligence Committee who is spearheading the impeachment probe, saying he should be arrested for “treason.”

Trump openly calls on China as well as Ukraine to investigate the Bidens and dismisses his Democratic opponents as “maniacs” pursuing “impeachment crap.”

Text messages between US diplomats are released indicating the Trump administration tried to tie military aid to Ukraine to an investigation into the Bidens.

A defiant Trump refuses to confirm that he will cooperate with Congress’s impeachment investigation.

Democrats in Congress ask US Vice President Mike Pence for documents on his possible role in pressuring Ukraine.

The congressional committees carrying out the impeachment investigation order the White House to turn over documents to support its probe.

A second unidentified whistleblower comes forth, this one with first-hand knowledge of the events that sparked the original abuse-of-power complaint against Trump, according to the informant’s lawyer, Mark Zaid.

Like the original whistleblower, the latest to make “a protected disclosure under the law” is a member of the intelligence community, Zaid says on Twitter.

Zaid’s co-counsel Andrew Bakaj says their team represents “multiple whistleblowers” in connection with the original complaint.
It was unclear if that meant there are more than two.