America’s jobless rate tumbled in September to its lowest level in 50 years, according to government data released Friday, delighting the White House even though it may not assuage recession fears as President Donald Trump’s trade wars persist.

Meanwhile, with a strong dollar and slowing global economy, the US trade deficit widened in August, as the trade conflicts ate into export growth.

Trump immediately cheered the good job data, claiming his economic record should shield him from efforts to impeach him, and shortly after said a trade deal with China was possible soon.

But there was less-than-stellar news as well: the pace of job creation was the slowest in four months and wages fell, while the manufacturing workforce also shrank for the second time this year.

Wall Street was reassured by the news, with the benchmark Dow Jones Industrial Average up 0.9 percent toward 1530 GMT.

Unemployment fell two-tenths of a point to 3.5 percent, matching the rate last recorded in December 1969, and well below what analysts had forecast, according to the Labor Department. 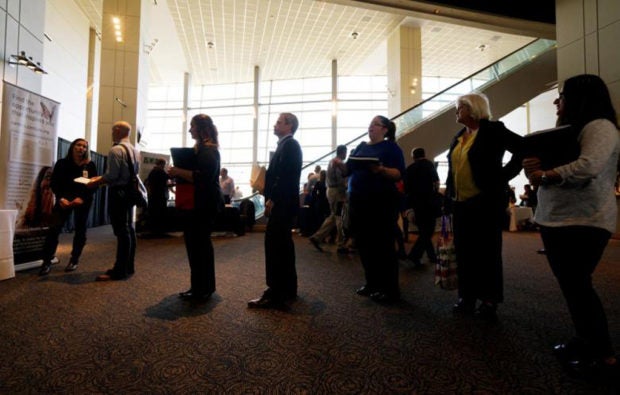 Employers added a total of 136,000 net new positions, which was below expectations, with notable slowdowns in education, government, finance, and business services.

“Breaking News: Unemployment Rate, at 3.5%, drops to a 50 YEAR LOW.
Wow, America, let’s impeach your President (even though he did nothing wrong!),” Trump tweeted.

The hotly-anticipated jobs report also landed amid a raft of worrisome economic data showing Trump’s trade wars have put a dent in the business environment and suggesting hiring should slow in the coming months.

Average hourly wages fell by a penny to $28.09 last month, well below economists’ expectations, putting an end to a year-long string of steady gains and limiting consumers’ spending power in the coming months.

As good as it gets? 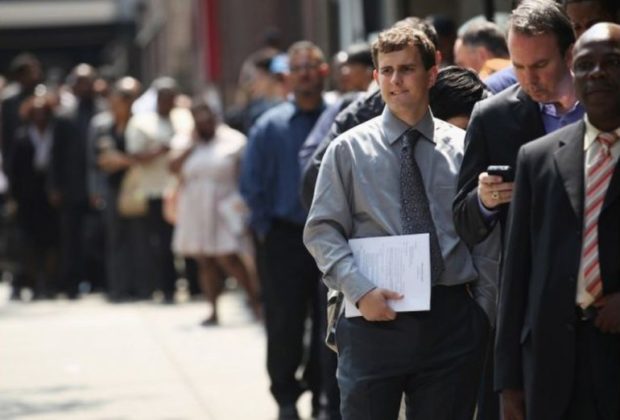 Despite the slight drop in the month, Trump hailed the increase in wages over the past 12 months.

“Wages are up by almost 3 percent. That’s a fantastic increase for everybody out there working.
We’re very happy about those numbers,” Trump told reporters at the White House.

But meanwhile the mining sector added no workers after three straight months of layoffs, and the auto sector shed workers for the fourth month in a row.

“Job growth is set to slow much further,” Ian Shepherdson of Pantheon Macroeconomics said in a note to clients.

“This is as good as it’s likely to get until the trade war is resolved.”

But given the dwindling supply of workers in the US economy, some groups continue to benefit: unemployment among Hispanics fell to its lowest level since records began in 1973.

And for workers without a high school diploma, the jobless rate fell to the lowest since records began in 1992.

The latest data did not reflect the nationwide strike launched last month by General Motors employees, who walked off the job the week after the survey for the September jobs report was conducted.

In a separate report also released Friday, the Commerce Department said the yawning US trade deficit rose by nearly $1 billion in August as weakening foreign demand and the churning trade conflict ate into US export growth.

However, Trump said there is a “very good chance” to reach a trade deal with China soon.

“Right now we’re in a very important stage in terms of possibly making a deal.
If we make it, it will be the biggest trade deal ever made,” Trump said.

But the unexpected trade deficit increase could weigh on GDP calculations for the third quarter, with a global economic slowdown expected to weaken US exports while the strong US dollar has fueled imports.

As a result, the US trade balance crept 1.6 percent higher to $54.9 billion for the month, surpassing economists’ expectations.

Imports increased by 0.5 percent, while exports rose by 0.2 percent, rising more slowly than in July.