There may be no such thing as bad publicity, but the spotlight on “Joker” is testing the limits of that old cliche.

The origin story about the classic Batman villain has inspired pieces both in defense of and against the movie.

It’s been hailed as the thing that’s going to finally get Joaquin Phoenix an Oscar and also decried for being “dangerous,” ”irresponsible” and even “incel-friendly.”

Last week, some parents of victims of the 2012 Aurora movie theater shooting even wrote to the Warner Bros. CEO asking for support for anti-gun causes.

The studio issued a statement in response saying that the film is not “an endorsement of real-world violence of any kind.”

In his 80 years as part of the culture, the Joker has always had a way of getting under people’s skin whether it’s because of who the character appeals to, what he represents or even the stories actors tell about how they got into character.

But perhaps the biggest irony of all this time around is that for all the discourse and hand-wringing, the film has yet to even open in theaters.

That doesn’t happen until Thursday night.

It’s made for a complicated release for the high-profile film, which got off to a triumphant start premiering at and then winning the top award from the Venice Film Festival.

And while reviews are mostly positive, it’s also been heavily scrutinized and put the filmmakers on the defensive.
Director and co-writer Todd Phillips doesn’t mind the discussion. 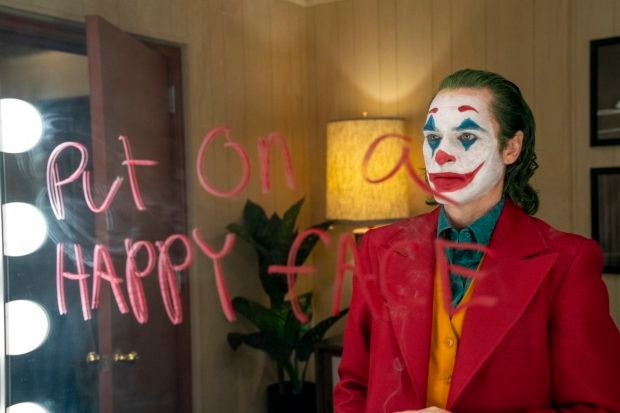 He just wishes people would see the movie before drawing conclusions.

“It’s a little troubling when people write think pieces without having seen it.

And even in their think pieces write, ‘I don’t need to see it know what it is.’

I find it astounding, to be quite frank, how easily the far left can sound like the far right when it suits their agenda,” Phillips said.

“To that point, I’ve been disappointed.”

The pre-emptive backlash is all the more baffling to Phillips because he hopes it inspires conversations: About guns, about violence and about the treatment of people with mental illness.

“Part of the reason we made the movie is a response to the comic book world of movies,” Phillips said.
“Like, ‘Why is this celebrated?
Why is this funny?

Why is this fun?

What are the real-world implications of violence?'” 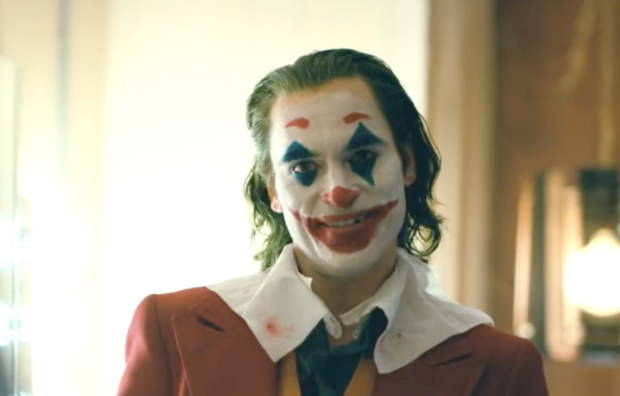 The film itself is a slow-burn character study of how a mentally-ill, middle-aged man named Arthur Fleck becomes the Joker.

When the audience drops in on his life, he’s working as a clown-for-hire, living with his mother in a run-down Gotham apartment and checking in occasionally with a social worker.

He has a card that he gives to people to explain that his spontaneous and painful bursts of laughter are because of a medical condition.

His only joy seems to be watching the talk show host Murray Franklin (Robert De Niro) in the evenings.

“And you know what happens in the movies when you have a world that lacks empathy and lacks love?
You get the villain you deserve.”

It’s a role that has often required actors to go to difficult places, and “Joker” has the added complication of being more realistic than most of the other depictions even though it’s still set in a fictional world.

To play Arthur and Joker, Phoenix researched a number of people that he’s reluctant to even name.

“Some of the people I studied, I feel what they crave are attention and notoriety,” he said.

“I don’t feel like they deserve any more of that.”

He also underwent a drastic physical transformation, losing 52 pounds on an extremely calorie-restricted diet with the supervision of a doctor.

He expected “feelings of dissatisfaction, hunger, a certain kind of vulnerability and weakness.”

Instead, he found the emaciation led to a physical “fluidity” that he didn’t quite anticipate.

The set was also fairly fluid in a way, and Phoenix said he and Phillips were constantly discovering new elements to Joker and Arthur.

“There seemed to be an infinite number of ways to interpret every moment or how he might behave at any moment.
And there wasn’t anything that didn’t make sense.

It made the experience constantly “exciting” and “surprising,” but portraying Arthur/Joker also proved to be “messy and uncomfortable” for the 44-year-old actor.

As for whether or not audiences will use the character as an inspiration or excuse to act out, Phoenix thinks that the onus is on the individual.

“I do think that the audience should be challenged and they should be able to know the difference between right and wrong. I don’t think it’s the filmmaker’s responsibility to teach morality,” Phoenix said.

“If you don’t know the difference between right and wrong, then there are all sorts of things that you are going to interpret in the way that you want.”

Both he and Phillips make sure to stress that “Joker,” which is rated R, is not a kids’ movie.

It also won’t be for everyone.

“I just hope people see it and take it as a movie,” Phillips said.
“Do I hope everyone loves it?
No.
We didn’t make the movie for everyone.
Anytime anyone tries to make a movie for everyone it’s usually for nobody…You have a choice.
Don’t see it is the other choice. It’s ok.”