Top Chinese Huawei executive Meng Wanzhou and her lawyers went to court on Monday to try to have her extradition case thrown out, arguing that her rights were violated.

The 47-year-old Huawei chief financial officer was detained during a stopover at the Vancouver airport last December on a US warrant.

The United States wants to put Meng on trial for fraud for allegedly violating Iran sanctions and lying about it to US banks — accusations her lawyers dispute.

Meng — a rising star whose father Ren Zhengfei founded Huawei and over three decades grew it into a global telecom giant — expressed surprise when told she was being arrested, according to a transcript of her speaking with authorities after her flight from Hong Kong landed.

Her detention caused an unprecedented diplomatic rift between Canada and China. 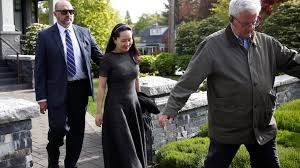 In a preliminary disclosure hearing at the British Columbia Supreme Court, defense lawyers asked for details from prosecutors about her arrest.

They are also expected to seek the release of documents in a separate civil proceeding this week against federal police and border officials, in which they allege false imprisonment and other rights breaches.

Evidence from both hearings could be used to argue a violation of process and, if successful, put pressure on the attorney general to reconsider a decision to proceed with the extradition.

He laid out how border agents detained Meng under the pretense of an immigration matter and never alerted her to a US warrant for her arrest while using passwords she volunteered to snoop through her computers and phones.

They questioned her for three hours without advising her of her rights, he said, before eventually handing her over to federal police.

“The facts establish that the CBSA and RCMP collaborated and arranged a plan to deal with Ms. Meng in a way that violated” her rights, Peck said. 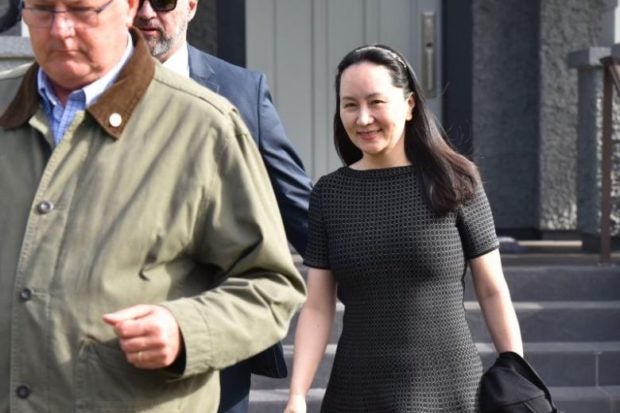 This provided CBSA agents “an opportunity to interrogate” Meng on behalf of the RCMP and the FBI, he said, suggesting that US authorities have routinely “misused” immigration admissibility exams to gather evidence in criminal cases.

“The RCMP stood by and let CBSA examine Ms. Meng without advising her of the true nature of why she was detained,” Peck said, adding that the CBSA secured her laptop, iPad, USB keys and mobile phone “to give to the RCMP and, eventually, in theory, to give to the FBI.”

Both the CBSA and RCMP have denied any wrongdoing.

“There is no evidence that lends an air of reality to these allegations,” prosecutors said in newly-released court filings.

Moreover, they said they went “beyond what is required in an extradition proceeding” in releasing documents, while Justice Heather Holmes summed up the Crown’s argument that the defense’s call for more disclosure was a “fishing expedition.”

The Crown has already disclosed some material, but the defense insists it was insufficient and says the first 1,742 pages it obtained in May were heavily redacted.

Hundreds of more pages were released on Monday.

China has also blocked billions worth of Canadian agricultural shipments, while Canada has rallied the support of allies including Britain, France,

Germany and the US, as well as the EU, NATO and the G7.

Meng’s defense, arguing that the case is politically motivated, has also pounced on US President Donald Trump’s remarks that he might seek to have the charges against Meng dropped in exchange for trade concessions from China.

The world’s two biggest economies, the US and China, are scheduled to resume trade talks next month.

Canada has insisted that it was following the rule of law in Meng’s case while calling the arrest of its two nationals arbitrary.

It sacked its ambassador to China in January for suggesting that Meng had a “strong case” against extradition, citing Trump’s remarks.

China’s envoy, meanwhile, has moved onto another posting in Paris, leaving both sides without top diplomatic representation for several months.

Both sides nominated replacements in August, in a sign they may be ready to talk. China, however, stressed that relations would not be normalized until Meng is released.

Meng is currently out on bail, awaiting the start of her extradition hearing in January.