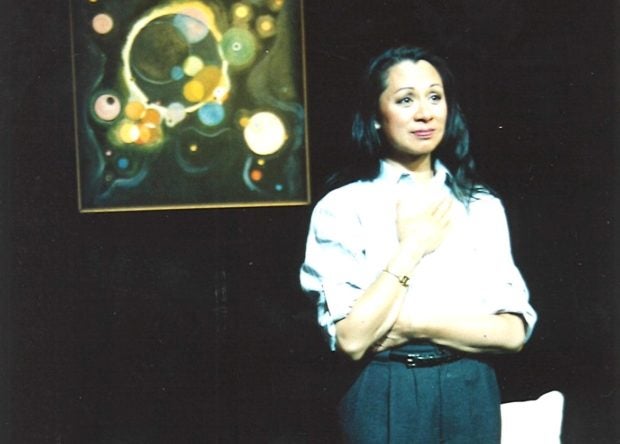 SEATTLE — Filipino American theater actress Eloisa Cardona in the 1980s predicted that “in the future of the ethnic theater community of Seattle, there would be enough of us to create a ‘tipping point.’ When we’d be seen, heard and thriving in our contributions to the theatrical landscape of this city.”

As Cardona concludes her run in Centerstage Theatre’s staging of “The Musical Comedy Murders of 1940,” she takes stock of her own—and of other Filipino American theater artists’—progress in the Seattle theater industry over the decades.

Born in Manila, Cardona moved to the U.S. with her family at nine months old. Her paternal grandfather had immigrated ahead of the family. “He was part of the early wave of the ‘manong generation’ who came to America pre-WWII,” she said.

“By the time my family and I arrived, my grandmother had already joined him. They’d been living in the house he bought on 19th Ave. in the Central District where we’d also come to live.”

Cardona’s interest in the performing arts was sparked when her mother took her to see the Bayanihan Philippine National Folk Dance Company.

“They came to perform during the 1962 World’s Fair. it made quite an impression on the three-year-old me!” She went on to take dance lessons with Dorothy Cordova and Dolly Castillo.

Her parents were not happy when Cardona wanted to major in drama. “I truly need to give my father credit and gratitude for continuing to finance my education and allowing me to reach for my dream, in spite of his disapproval and disappointment.”

“The University of Washington Drama department in the early ‘80s was predictably white and patriarchal. [Nevertheless] I was a very hopeful young pioneer in uncharted waters and it was exciting!” 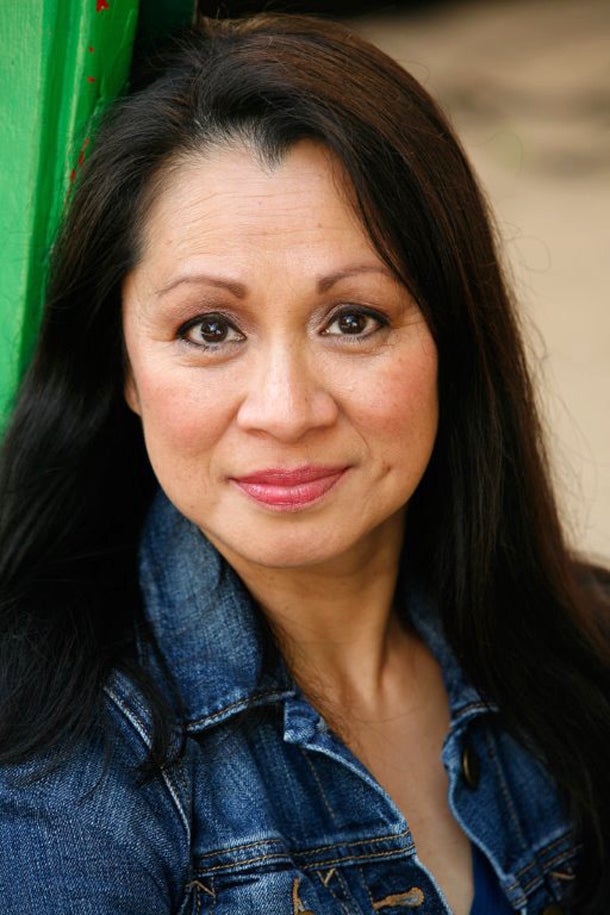 Despite the few actors of color in the TV and theater industries at the time—and the even fewer opportunities available to them—Cardona maintained a positive outlook. “Just because they did not play leads didn’t mean they would not do so in the future.

“We needed to be persistent and tenacious. I strongly felt that we needed to be seen by young students of color so they could see relatable performers and characters; and maybe follow in our footsteps if it was also their heart’s desire, whether here in Seattle, New York or LA.

“We needed to use our voices to tell our stories and insist they be told by actors who looked like us and who came from our same ethnic backgrounds.”

Prescience notwithstanding, her first professional production allowed her to play a Filipino character. “My part was a Filipina student named Aurora Santos in the play ‘Newcomer.’ Seattle Repertory Theatre toured it for two years to schools all over Washington.”

She went on to work with companies such as the Group Theater, Seattle Children’s Theatre, Northwest Shakespeare Ensemble.

She also worked with Northwest Asian American Theater (NWAAT), a group that had been cofounded by Filipino Americans including Stan Asis and Maria Batayola.

“During the entire run of NWAAT’s existence, I was cast in many Asian roles that were not Filipino. In my time, to my recollection, they only produced two plays by Filipino American playwrights— Jeannie Barroga’s ‘Eye of the Coconut’ and Ralph Pena’s ‘Flipzoids.’ Because of scheduling conflicts, I could not be part of the casts.”

“Through the 1990s and 2000s, I saw the development and expansion of more actors of all ethnic backgrounds come into the theater community. More plays on Asian American, African American, Latinx, Middle Eastern experiences were included in various theater groups’ seasons. Multicultural casting became more accepted—even the norm in some cases.” 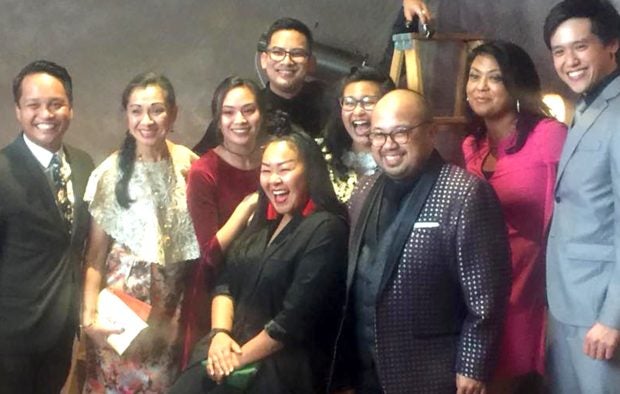 Now in the 2010s, Cardona proudly inventories the achievements of her Filipino American colleagues. “The Fil-Am artistic community has been steadily growing and garnering awards and honors along the way.”

Cardona herself was a nominee in the 2018 BroadwayWorld Seattle Awards for Best Leading Performer (Play) for her work in Dukesbay Productions’ staging of “Calligraphy.”

Jojo Abaoag won the 2018 Gypsy Rose Lee Award for Excellence in Performance of a Play-Supporting Actor-Smaller Theater Category for his work in “An Octoroon” for ArtsWest Playhouse and Gallery.

She’s also happy to announce the productions, recent and upcoming, that her fellow Fil-Ams are working on.

“Since 2019 started, Annelih Hamilton and Justin Huertas were in Strawberry Theatre Workshop’s ‘Everybody.’ Chrysanthemum Binayug was in Live Girls! Theater’s ‘Raisins in A Glass of Milk.’ Matt De La Cruz wrote and performed a one-person show about his mother titled ‘Tita Ester.’ Sara Porkalob was in 5th Avenue Theatre’s ‘Rock Of Ages.’”

“Rheanna Atendido co-adapted the children’s story ‘Sonya’s Chickens’ for 5th Avenue Theatre,” she says. “The show will be toured to elementary and middle schools throughout the Northwest.”

“The future I dreamed of in my hopeful years has gloriously materialized,” says Cardona. “My hope is that this current trajectory of Filipino American artists’ contributions of excellence in all aspects of theater continues to grow stronger and more prolific in the years ahead.”