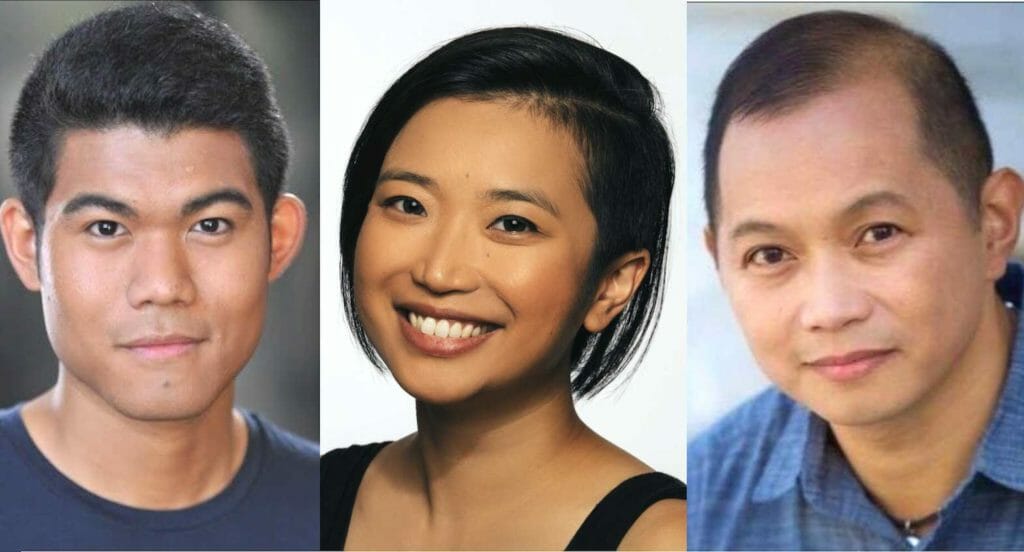 SAN FRANCISCO — The latest buzz is that there is a new Filipino American theater company in town and its inaugural production is fully created by Fil-Ams, telling the story of Fil-Ams.

The Chikahan Company’s appellation is based on chika, the Filipino slang for gossip or latest conversation topic. Chikahan is the chit-chat that ensues.

Cofounded by co-artistic directors Ely Orquiza, Krystle Piamonte and Alan Quismorio, the theater group “invites audiences and artists to conversations about the perceptions and issues of the Filipinx experience, to dispel what’s not entirely true and to present authenticity as a way to introduce our languages, culture, history, and stories into the mainstream.”

“We use the term ‘Filipinx’ to refer to the Fil-Am community at large to be inclusive of as many people as possible,” explains Orquiza. “We believe it’s important for all members of our community to feel equally included and represented. Filipinx is simply a term we choose to use and is not meant to deny, subtract, erase, or change anyone who prefers to identify as Filipino or Filipina.”

“The Act of Care” is a horror drama where Filipino nurse Olivia must deal with a high-strung Filipino American floor supervisor and three Filipino mythological creatures as an unexplainable virus infects her patients and her friend.

The work explores “the humanity and inhumanity of the American Healthcare System.” It is written by Fil-Am playwrights Lauren Andrei Garcia and Conrad Panganiban.

The cofounders had been meaning to set up shop for a while now. The pandemic catalyzed their intentions. “We acknowledge the increasingly complex work dynamics and the cultural changes happening in the theater especially in the last year,” says Ely Orquiza. 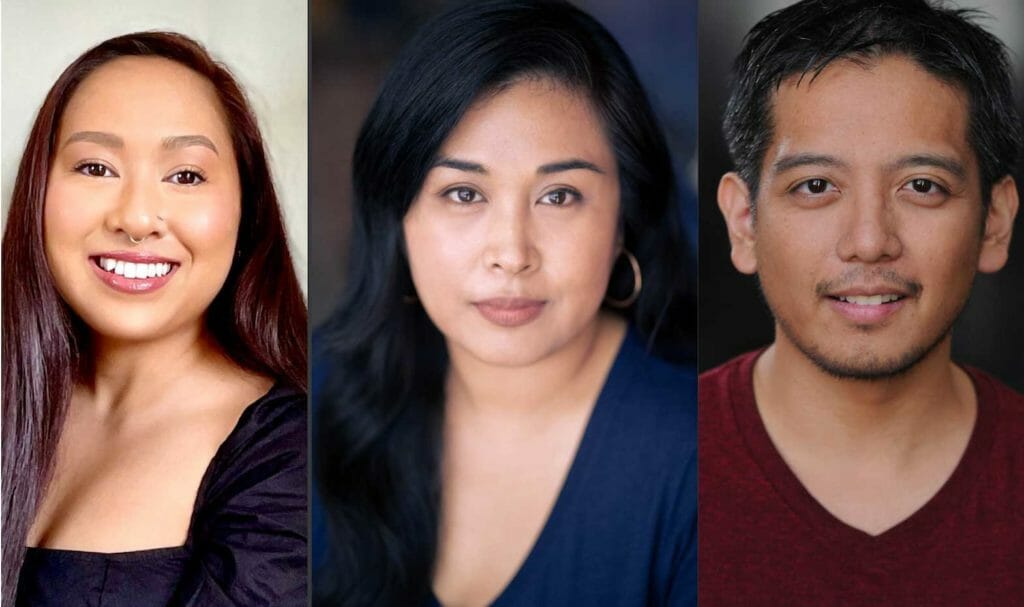 “Each of the co-artistic directors offer varying degrees of expertise and perspectives, and all of us believe it is the most effective way of operation especially as an emerging theater company.”

Orquiza is the Director of New Works and Development at Gritty City Repertory. He directing work has been see at American Conservatory Theater, University of California Berkeley, Academy of Arts University, Playground, and Theatre Rhinoceros.

Alan Quismorio was co-artistic director of Asian American Theatre Company in the late 2000s and artistic director of Filipino American theater group Bindlestiff Studio in the early 2010s (where all three cofounders of ChikaCo have had several collaborations). He helped create emerging playwrights program  AlchemySF.

He adds, “Each of the co-Artistic Directors have overlapping responsibilities and unique roles. As working theater artists in the Bay Area, we find this model best to create a healthy support system.”

The pandemic also steered the group’s storytelling direction. “The COVID-19 pandemic and its devastating impact on Filipino nurses in the United States was influential in our selection of the subject matter for our inaugural production. [One study says] nearly a third of COVID-19 nurses casualties in the US are Filipinos.

“As artists, we sensed an urgency to uplift their voices and their stories on the stage and our playwrights were receptive. They were also willing to consider new ideas and find fresher, more relevant and engaging ways to tell this uniquely Filipinx story.”

The artistic directors had considered potential Fil-Am playwrights “who’ve had positive impact and influence in the Bay Area community as an artist.”

“The three of us have seen and been moved by the works Conrad has done in the past and Lauren’s unique voice and promise as a playwright. Since this is our first year producing new works, we were stirred by the idea of bringing these two brilliant minds together.”

This production is staged a part of PlayGround’s Innovators