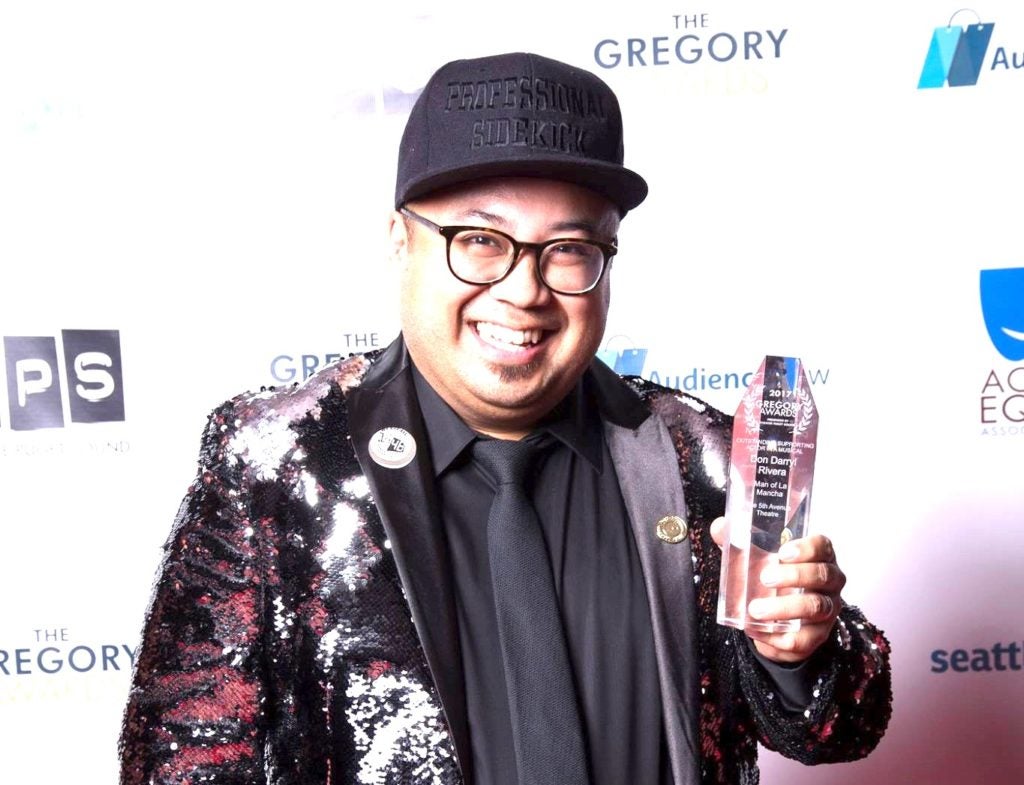 “When they called my name, I think the first word that came out of my mouth was a curse word because I was so pleasantly surprised!” says the Seattle native.

Named after Gregory Falls (1922-97), founding artistic director of A Contemporary Theatre and a former chair of University of Washington’s School of Drama, the awards are administered, funded, and produced by Theatre Puget Sound.

“I was so not expecting to win that I didn’t even prepare a speech. The talent in Seattle is so immense that it is a privilege and an honor to even be nominated among my colleagues. I love the Seattle theatre community so much.” 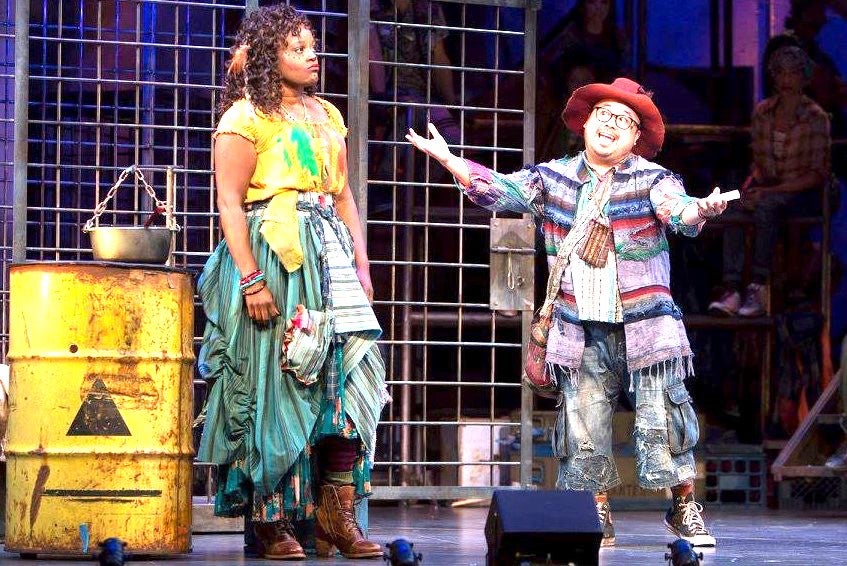 Rivera previously won the 2009 Gregory Award in the Person to Watch category.

Hosting the awards ceremony at Marion Oliver McCaw Hall were Huertas and Sara Porkalob, who recently concluded her one-person play “Dragon Lady,” about her Filipino gangster grandmother, for Intiman Theatre.

Rivera currently plays Iago in Disney’s “Aladdin” on Broadway, which he’s been doing since the show opened in 2014. Iago, a parrot sidekick to the villain Jafar in the animated film, is human in the musical.

Rivera originated the role in the musical’s world premiere in Seattle and through its developmental run in Toronto prior to opening on Broadway.

Princess Jasmine’s singing voice was done by Lea Salonga in the animated film that the musical is based on. 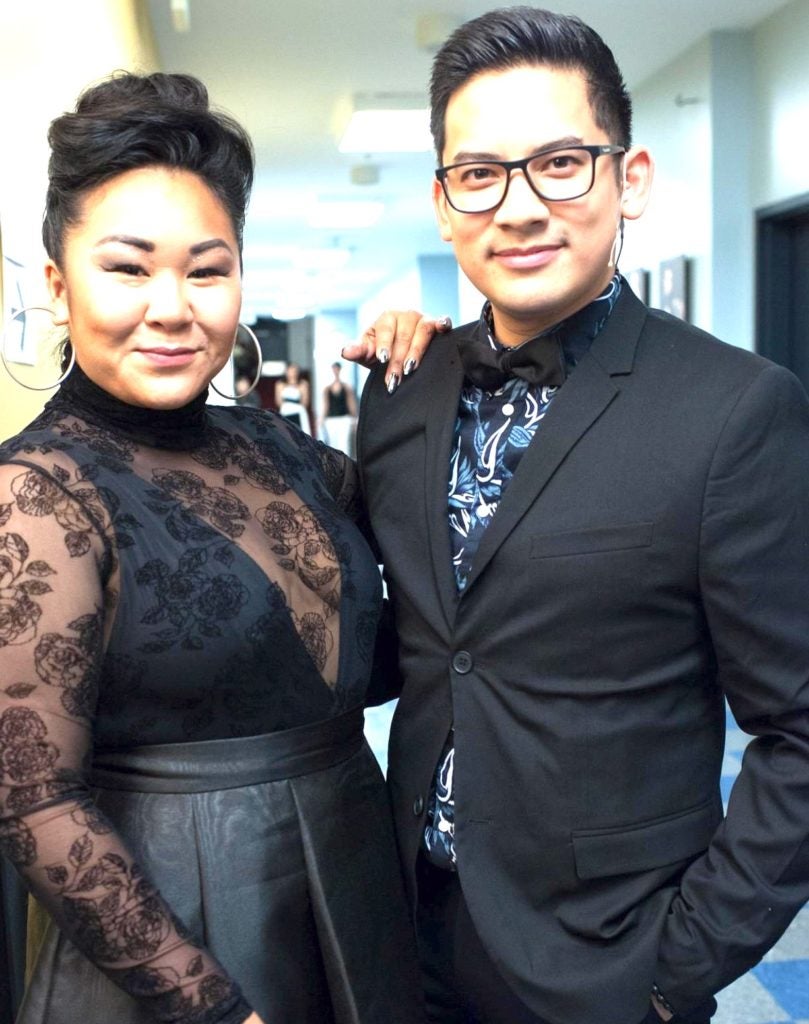 Other Fil-Ams in the “Aladdin” machinery include Chicago-native Reggie de Leon who plays Iago in the US national tour together with Adam Jacobs as Aladdin, who originated the role on Broadway. Jacobs’ sister Arielle opened the show in the Australia production, where Fil-Australian Aljin Abella (Blue Ranger in TV’s “Power Rangers Jungle Fury”) plays Iago.

Rivera and his wife have moved to New Jersey, after a brief stay in Brooklyn, because of the job, which he is contracted for until next year. Disney management allowed Rivera to join “La Mancha” last year.

“I was gone from ‘Aladdin’ for about seven and a half weeks. Alan Muraoka, who you might know as Alan from ‘Sesame Street,’ took over the Iago role while I was gone and he was fantastic! He’s a Broadway vet and one of the sweetest, most humble people I know,” says Rivera.

Rivera’s parents immigrated to the US in the ’70s and his father, Danny, became a founding member of Filipino folk dance group Kultura. It’s no surprise that he grew up learning to dance tinikling and itik itik; and eventually joining kaSAma, a hip-hop dance group. Rivera, whose acting credits stretch from Shakespeare to children’s theater, was bitten by the acting bug in high school and took up acting at Cornish College of the Arts.

For Philippine history buffs, another of the musical’s songs, “The Impossible Dream,” is associated with anti-Ferdinand Marcos dictatorship activist Evelio Javier and politician Benigno “Ninoy” Aquino.

Rivera’s favorite song from “La Mancha” is “To Each His Dulcinea.” “Nick DeSantis, who played the Padre, sang it so beautifully every night,” says Rivera. “There is always something worth fighting for. There is always beauty in the world.”