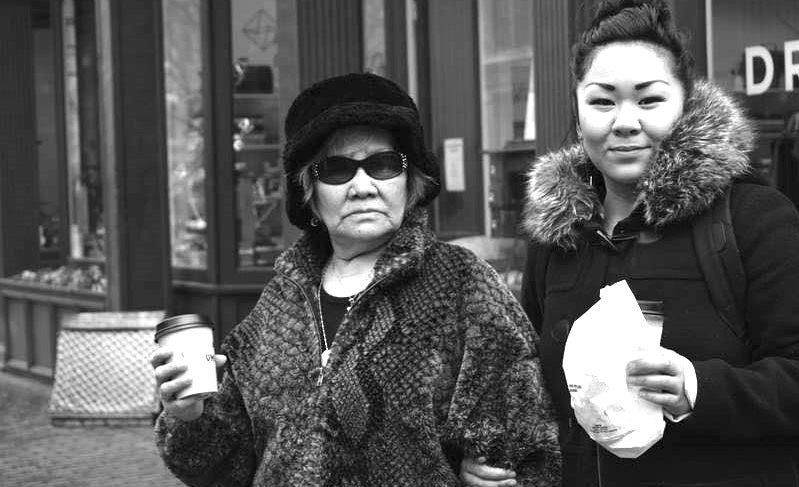 SEATTLE — Sara Porkalob wants to tell you the story of her gangster Filipino grandmother who immigrated to America.

In her upcoming show “Dragon Lady,” Porkalob will unravel 60 years of shady history and faulty memories through multiple family members across three generations. By the way, she’s acting all the roles herself.

It’s a show that she’s been developing, writing and performing since she was a student at Cornish College of the Arts. From its original seven minutes, the show is now a full two-hours and it’s still growing and morphing.

Its most recent incarnation was in cabaret and dinner-theater form earlier this year under the title “Madame Dragon’s 60th Birthday Bash.”

This time around, the staging will be a musical with music composed by Pete Irving.

“It will keep evolving and I think that’s one of the script’s strengths. It allows me to take the show to different places and it allows me to tailor the show specifically for an audience demographic,” she says.

“It’s the story of my [maternal] grandmother’s past in the Philippines as a gangster and a nightclub singer,” explains Porkalob.

But more than just that, it’s a statement of Porkalob’s anger at Asian stereotypes, her assertion as a woman theater artist, and her love for family.

“My grandmother’s first time in seeing the show was in 2014. She was embarrassed and proud,” Porkalob says.

“Embarrassed because she couldn’t believe I was telling people all this history about our family, then proud because she knew I was doing it to honor and celebrate where we came from and who we are.”

“‘Dragon Lady’ describes Asian women who are strong, sexual, deceitful and domineering,” writes Porkalob in an essay posted in the Intiman Theatre website. “The opposite is ‘Madame Butterfly,’ demure, passive, alluring and a martyr. Both terms are racial slurs, objectifying and negatively portraying Asian women.” 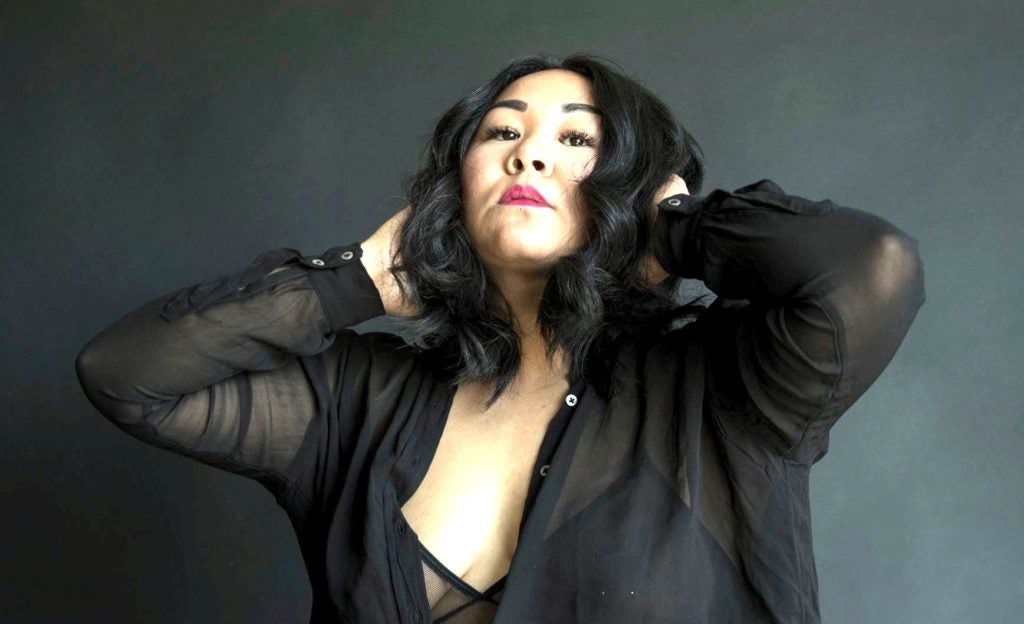 She noted how these were the only representations of Asian women she saw in mainstream media growing up.

“Yet, there I was, an Asian woman being raised by strong, complex Asian women. Why wasn’t I seeing their experiences portrayed on TV, in the movies, and in books? Was I a Dragon Lady or was I a Madame Butterfly? Or was I neither?” she added.

“To me, a Dragon Lady is a woman taking control of her narrative, a woman who knows where she came from, where she’s going, and a woman who is not afraid to burn some shit down.”

Porkalob’s grandmother immigrated to Hawaii in 1971 and then moved to the West Coast soon after. “My mom’s side of the family is Filipino and Chinese. My father’s side is Filipino and Hawaiian.”

Born and raised in Bremerton, Washington, with a few years in Anchorage, Alaska, in between, Porkalob moved to Seattle for college and has been based there since.

In fact, after she was appointed Intiman Theatre’s co-curator for this year, she taught the participants of its Emerging Artist Program how to develop their own solo shows.

And there’s more to come. “I’m in the process of developing two other solo shows about my family. Those plus “Dragon Lady” would make a trilogy of plays dedicated to family.”

And then some: “I plan on adapting the material for television, film, and eventually a book,” she adds.

Since Porkalob also directs and because the show is autobiographical, she usually self-directs the different incarnations of “Dragon Lady.”

Every once in a while, she works with a director to take in a second eye’s point of view. This staging will be helmed by Intiman Theatre’s artistic director Andrew Russell.

“This collaboration with Andrew is a very non-traditional. We always defer to my instinct, rather than his, which is normally the case for a director. Andrew is a great listener and he helps me keep track of my ideas and he’s great at saying, ‘You don’t need that.’ He’s been a wonderful editor.”

“Dragon Lady” is scheduled to be staged at Random Howse Thai Restaurant in Orcas Island, Washington in October for Woman in the Woods Productions; and at Oberon theater club in Cambridge, Massachusetts, next year in March for American Repertory Theatre.

This December, Porkalob will play the lead in Book-It Repertory Theatre’s world premiere of the musical “Howl’s Moving Castle,” where her character is turned into an old woman by a witch. Music and lyrics are by Filipino American composer and actor Justin Huertas.