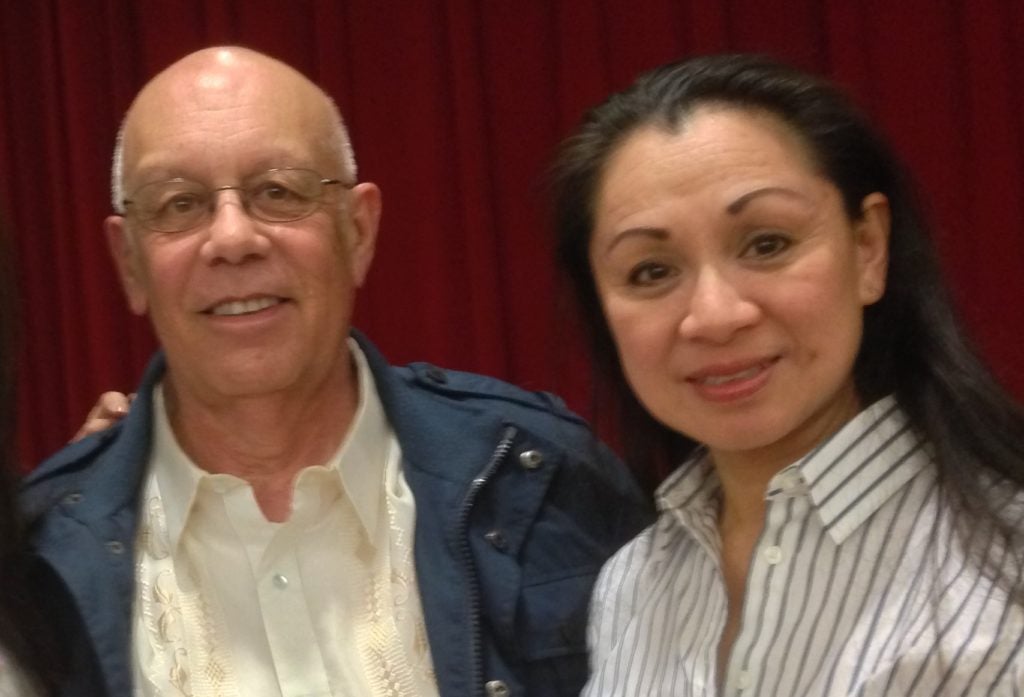 Robert Francis Flor’s play “Mabuhay Majesty,” which is set in the 1960s, explores the challenges that traditional societies face when transitioning into modernity, all combined with the hurdles immigrants face when adapting to life in America.

The beauty pageants are not fictitious. Flor, whose father immigrated from Iloilo in 1932, was born and grew up in the Central and Rainier Valley areas of Seattle during the years when these pageants were held.

“These contests were fundraisers held by Filipino communities,” he explains. “Contestants danced in box socials. The girls reject the tradition as humiliating.”

Meals prepared in boxes, usually made by women at the time, were auctioned off to men at box socials. The winning bidder earned the privilege of sharing the meal with the box’s preparer.

Despite having worked in the academe and government, Flor has always had creative ways with words. He writes poetry and is currently the co-chair of writers’ organization Pinoy Words Expressed Kultura Arts.

“My father Vincent Fernandez, who passed in 2003, had always inspired us to read and pursue an education. He read Whitman, Poe and other American writers to us from time to time at the dining room table.”

Flor’s foray into playwriting was sparked when he unearthed some of his late uncle Baltazar’s personal items. His uncle had immigrated to Seattle in 1921, ahead of Flor’s father.

Flor discovered that Baltazar had been a playwright for the community and had formed the Filipino Catholic Club Drama Guild. “My uncle’s affects included programs from plays he’d written and one surviving play,” he said.

Flor showed the items to friends who suggested the materials could be fashioned into a play. “Not knowing how to write one, I enrolled in courses at Freehold, ACT and Seattle Repertory theaters.”

Since then, Flor has worked on his own play “My Uncle’s Letters,” scenes of which were performed in ACT Theatre’s Multicultural Playwrights Festival in 2014.

He has written other plays, too. He has had his short plays produced at the Eclectic and Burien Actors theaters and has several other plays in various stages of development—most of which are set in the past, from the 1930s to the 1970s, and all set in Seattle. “I write about what I’ve experienced and what I love.”

The love for the culture and dynamics of his Filipino heritage was partly nurtured by community leaders when he was younger. Flor had been a member of the youth social group Filipino Youth Activities, founded by Dorothy and Fred Cordova in 1957, both of whom went on to establish the Filipino American National Historical Society.

“During that time, Uncle Fred and Auntie Dorothy fostered in the second generation (i.e. Filipinos born in America to immigrant parents) a resonating pride and interest in our roots and our families.”

“Mabuhay Majesty” is Flor’s first full-length play to be produced and will be directed by Fil-Am actress Eloisa Cardona.

He says he chooses to focus on stories in the community for several reasons.

“There are few writers writing about the Bridge Generation, author Peter Jamero’s term for the children of Filipino immigrants who arrived in the US in the early 1900s.

“Each of us likely gives some thought to celebration and retention of the values of language, food, dance, dress, arts and customs. Those stories delve importantly into the assimilation of Filipinos in America and the maintenance or loss of cultural elements.”

Flor also points out how little the greater American society knows of Filipino culture. “For sure, they enjoy lumpia, adobo and the tinikling. But, there’s very little understanding or knowledge even among Filipinos of their history, role and contributions to this country. I wanted to seed the public mind and consciousness of Filipino participation in this nation through the arts: theater, fine arts, poetry and literature.”

He also intends to have his plays be used as a bridge for Filipino theatrical and artistic aspirations. “They can be used for the development of our actors, directors and technicians.

“The Seattle area has seen the growing rise of Filipino talent in the arts. In theater, we’re blessed to see and experience the talents of actors Ray Tagavilla, Ben Gonio, set designer Lex Marcos, composer Justine uertas, and others. Actress and playwright Sara Porklab is remarkable. She’s an ascending shooting star!”

Cast includes Linda Rigor and Roxie Torres as sisters Reina and Marrietta, respectively; and Manny Golez and Laurie Rocello Torres as the parents. Language translations and music are by Roger Rigor and Josh Valdez. Lighting design is by Kiera Stevens.