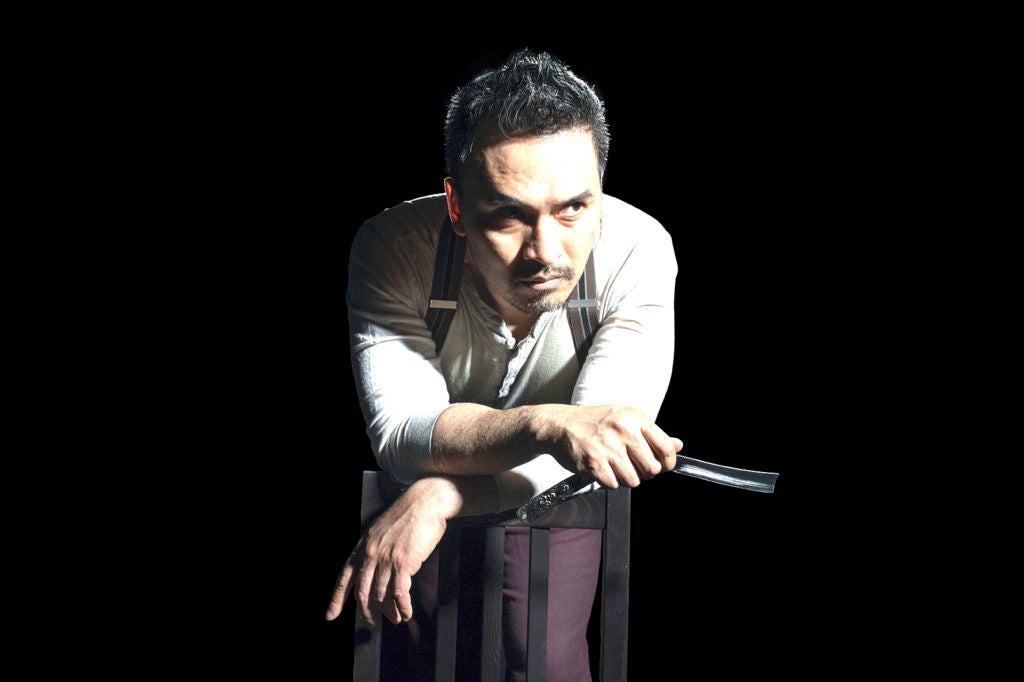 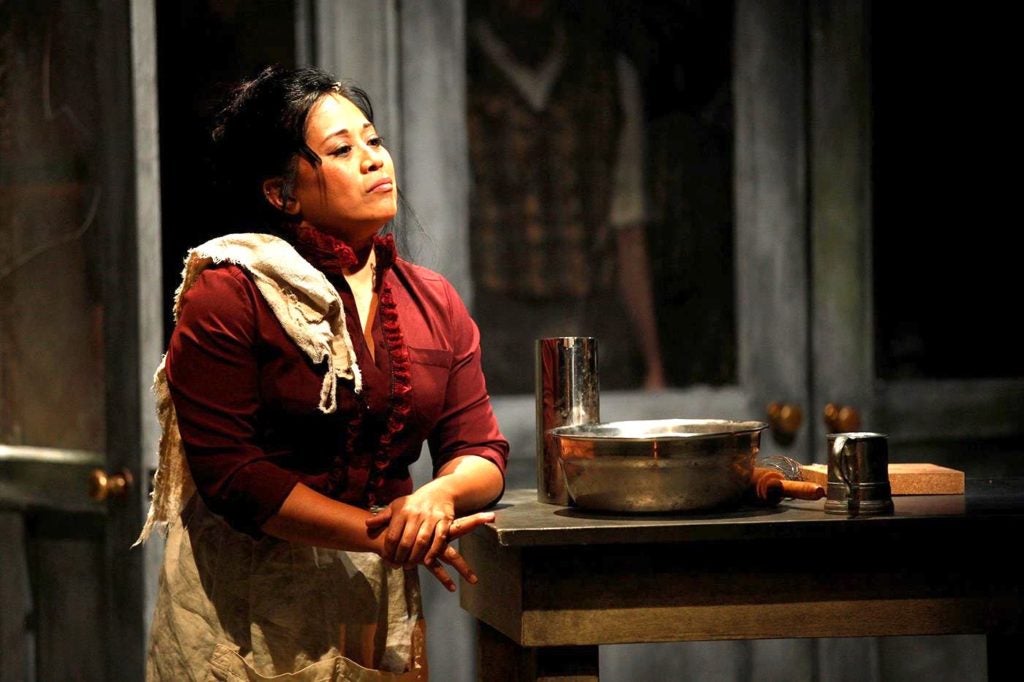 Staged by ArtsWest Playhouse and Gallery, this musical thriller follows Sweeney Todd (Gonio) as he returns to London to exact revenge on corrupt officials, aided by pie-maker Mrs. Lovett (Lapid Munter). Music and lyrics are by Stephen Sondheim and book is by Hugh Wheeler.

Co-directors Mathew Wright (who is also ArtsWest’s artistic director) and Eric Ankrim have developed a bold vision for “Sweeney Todd” that places race, oppression and power squarely at the forefront of this new telling, says ArtsWest in a statement.

The show has been multiracially cast and includes black, Latino and white actors.

“We’ve had standing ovations in all our shows thus far and upcoming shows continue to be sold out,” reports Gonio, who felt “honored, humbled and elated” when he found out he had been cast for the title role.

“I submitted a video audition very late in the casting process. Apparently, they were having trouble casting the role, so I suppose I came around at the right time!”

He’s appeared on TV shows like “The Librarians” and “Grimm.” Recent theater credits include lead roles in “It’s A Wonderful Life” and “Love Letters.”

A coloratura soprano (and belter), Lapid Munter had been cast in the ensemble of a 2005 staging of this musical where she immediately fell in love with Sondheim’s music.

“Just singing the ensemble music was so thrilling, so difficult, so challenging. You have to be precise and that’s what I like,” she says.

The music wasn’t the only thing she fell in love with. The Lovett role was a revelation to her, though she never thought she would ever get to play it.

When she found out she was cast as Lovett for this production, “I was thrilled, shocked, surprised, dumbfounded!”

Recent theater credits include Abuela Claudia in “In the Heights” and Christmas Eve in “Avenue Q.” Opera roles include Mercedes in “Carmen,” Hansel in “Hansel and Gretel,” and Rosina in “The Barber of Seville.”

Partial to apple pie a la mode, Gonio was born in the Philippines (Malabon, Rizal) and moved to the US when he was eight years old.

Lapid Munter, on the other hand, was born in Connecticut to Filipino immigrants. “I love peach and blueberry pie. And I must say, I make an amazing chicken pot pie!”

When asked if pork adobo or pork sisig would make a better filling for a savory pie, both voted for adobo.

Another thing they have in common is that performing runs in their respective families. Each has a relative that’s popular in Philippine showbusiness: singer/recording artist Gary Valenciano is Gonio’s maternal cousin; actor/politician Lito Lapid is Lapid Munter’s uncle.

Levity aside, both actors have chosen to ground their characters by tying into their humanity.

Gonio says, “If I were pushed to a point where my family and my child were taken away and I was hauled away for no reason, how would I react?”

Lapid Munter says, “Mrs. Lovett just wants what everybody else wants: a nice life, to be happy, to share that life with somebody. It sounds pretty simple but not everybody has that. And that’s what she yearns for.”

Both also highlight the relevance of the material in present times.

“It’s more relevant today than ever,” says Gonio. “If you really peer into the thematic elements like class systems and oppression, it’s all grounded in that simple story of a father who has been unjustly wronged.”

Munter agrees. “In society, there’s always the upper class who will step on the lower class. We can all relate to that feeling of being wronged and wanting to be vindicated. [This story] is always going to be relevant.”