Remedies for whistleblowers in employer misconduct 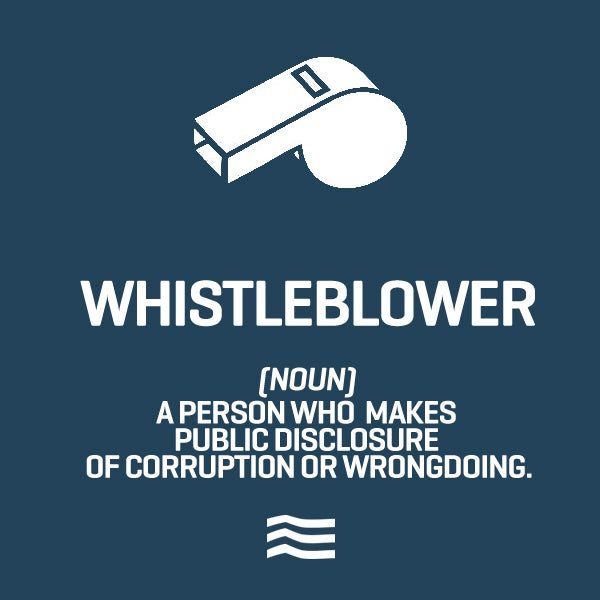 Susanna Smith worked as a superintendent, and Cleve Pell worked as an operations officer for the Montebello Unified School District (MUSD). In the course of doing their jobs, Smith and Pell discovered that Ruben Rojas, the Board of Education and Chief Business Officer of the school district, obtained his position by misrepresenting his past employment history.

Rojas was in charge of the school district’s $300 million annual spending budget. Due to this finding, Smith and Pell investigated Rojas and further uncovered that within a year of his hiring, Rojas awarded many lucrative MUSD contracts to people favored by him. This was a violation of the state’s Public Contract Code and other laws.

Smith then placed Rojas on leave and she and Pell brought their finding to the school board. However, the school board ignored their concerns and instead acted to cover up Rojas’ corruption and “engineered his return from leave by false pretenses and then voted to terminate Smith and Pell in retaliation for their whistleblowing.”

After their firing, Smith and Pell sued MUSD and members of the school board for Whistleblower Retaliation and Wrongful Termination in Violation of Public Policy. The employees claimed that the employer’s conduct was a substantial factor in causing them harm, including past and future lost earnings, past and future lost benefits, emotional distress, mental suffering, and reputational damage.

California Whistleblower Protection Act protects employees from being retaliated against after reporting to a government agency that their employer has violated a state or federal law. This law also protects employees who report of a suspected violation internally (for instance, to a supervisor within the organization) or externally to “any public body” conducting a hearing or investigation.

Employees are protected if they truly believed the conduct they complained about was unlawful, even if it was not. The employer is also prohibited from retaliating against an employee who refuses to participate in activities that violate the law.

How does an employee prove to the court that the employer has engaged in illegal retaliation?

First, it must be shown that the employee engaged in a protected activity, such as report to management or a government agency about suspected violations.

Second, it must be shown that the employer subjected the employee to an adverse employment action, such as a demotion or termination.

Finally, it must be shown that there is a ‘causal link’ between the conduct of employee and the employer.  A causal link may be established if the employer knew that the employee engaged in protected activity, and immediately after fired the employee.

The employer defended Smith’s and Pell’s firing as due to a legitimate business reason, i.e., due to the terms of their employment contract.  During trial, Rojas denied any wrongdoing.

The jury decided in favor of the employees. Smith was awarded $2.7 million, and Pell was given $567,665. These awards represented past and future lost wages, emotional distress damages, and civil penalties for retaliation.