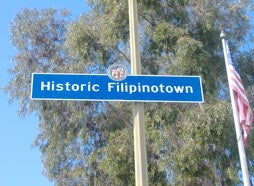 LOS ANGELES — New projects, along with market-rate multifamily buildings that began springing up shortly after the recession are attracting a new crowd and displacing longtime residents in Historic Filipinotown, community activists warned.

They see the gentrification of Koreatown in the past 15 years as an omen of what’s to come as downtown Los Angeles experiences a resurgence of development. Historic Filipinotown, Silver Lake, Echo Park and Boyle Heights, are seen as the next hot spots for a new wave of projects and redevelopment, according to a report in Bisnow.com. From the 1940s to 1970s, many Filipinos bought homes and set up businesses in the Temple Street-Beudry Avenue neighborhood and Temple Street and Beverly Boulevard area, which became home to some of the oldest Filipino American organizations, churches and Filipino-run businesses.

The average rent for an apartment in the Westlake neighborhood that includes Historic Filipinotown is nearly $1,900. Ten years ago, the average rent was $1,300.

To ease some Historic Filipinotown residents’ worries about development,  Councilman Mitch O’Farrell, who represents the neighborhood, and the Los Angeles Planning Department came up with a “North Westlake Design District” community master plan to improve the area. But the proposed pedestrian- and transit-friendly overlay that places regulations on the type of new construction, business signage and other requirements for local and new businesses only heightened residents’ concerns, said Aquilina Soriano, who heads the Pilipino Workers’ Center. said. The plan did not include any affordable or low-income housing.

“A lot of people want to know what this design district overlay is all about. What is all this going to bring? That is the central tension,” Joel Jacinto, of the nonprofit Search to Involve Pilipino Americans said. Jacinto is also member of LA’s public works commission.

Local activist Arturo Garcia called the design plan terrible.  “All we are seeing is market-rate housing,” Garcia said. “Who can afford $2,100 for a one-[bedroom] apartment? Historic Filipinotown is being erased because of these designs,” said Garcia.