LOS ANGELES — The first Filipino-American paid commissioner in the city of Los Angeles “voluntarily resigned” from his post on Friday, Jan. 18, after being named in a federal search warrant related to a corruption investigation.

Joel Jacinto, who was appointed to LA’s Board of Public Works by Mayor Eric Garcetti in 2015, handed his resignation letter on Friday effective immediately. 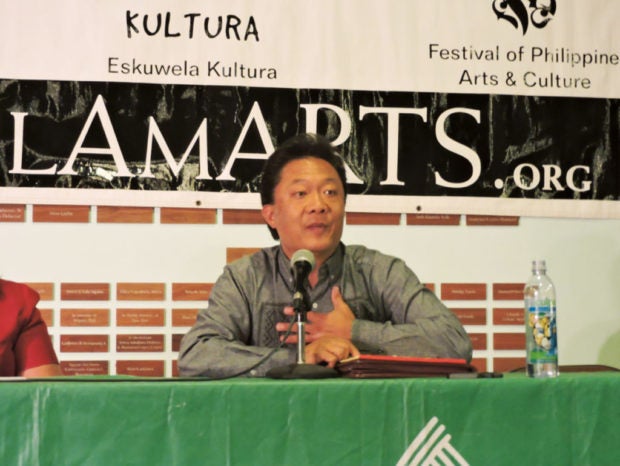 Joel Jacinto, who was appointed to LA’s Board of Public Works by Mayor Eric Garcetti in 2015, resigned from his post on Friday, Jan.18. AJPRESS

“[Jacinto] voluntarily resigned as Commissioner on the City of Los Angeles Board of Public Works so as not to distract from the important mission of the Department of Public Works to deliver projects and programs to enhance the quality of life, economic growth, public health, and the environment to all Angelenos,” Thomas Brown, a lawyer representing Jacinto, said in an email to the Asian Journal on Friday.

The commissioner’s departure comes days after the Los Angeles Timesbroke a story that detailed an ongoing FBI investigation inside City Hall that seeks evidence of possible money laundering, bribery, kickbacks and extortion related to real estate projects in and around LA.

Jacinto and his wife Ave were among the 13 individuals listed in the warrant, along with Councilmembers Jose Huizar and Curren Price; Ray Chan, the former deputy mayor for economic development and general manager of the LA Department of Building and Safety; Deron Williams, chief of staff to Council President Herb Wesson; and other city and business officials.

The warrant includes China-based real estate and development companies like Greenland USA, the developer of Hotel Indigo and the on-going Metropolis condo project next to LA Live; Shenzhen New World Group, which owns the LA Hotel Downtown and Sheraton Universal; Shenzhen Hazens, owner of the Luxe Hotel, which has plans to turn it into a two-tower, mixed-used projects; and Oceanwide, which is developing three-tower Oceanwide Plaza across the Staples Center.

The ongoing and proposed projects of these companies were not directly specified in the warrant. But it did seek records relating to the LA Hotel Downtown, Sheraton Universal Hotel and Luxe Hotel.

Federal agents in November 2018 raided Huizar’s home and offices and obtained several boxes and other materials, according to various reports. Some of the councilman’s family members and staffers are named in the warrant as well.

The warrant — served in July and filed in federal court in November last year — asks Google for access to communications and data from Chan’s Gmail account. The document was posted on Twitter on Saturday night, January 12 by Seamus Hughes, deputy director of the Program on Extremism at the George Washington University and was subsequently reviewed by the Times.

Jacinto told the Timeson Sunday that he was unaware he was named in the federal search warrant.

However, if he is contacted by any federal agency, “he will fully and voluntarily cooperate as a witness against any individuals within city government,” Brown said in his email to theAsian Journal.

Prior to his position with the Public Works, Jacinto was executive director of Fil-Am community organization Search to Involve Pilipino Americans (SIPA) for 25 years and was appointed by Garcetti in 2014 to serve on the Affordable Housing Commission.

Upon his confirmation by the City Council in 2015, Jacinto was in charge of overseeing the Bureau of Engineering.

“Since Joel was appointed, he hasn’t been working with SIPA in a professional capacity for the past three years,” Lyle Del Mundo, who has been president of SIPA’s board of directors since 2016, clarified with theAsian Journal.

The five-member Board of Public Works is responsible for the design, construction, renovation and operation of public projects around LA like bridges and libraries.

As a Public Works commissioner, Jacinto helped push for street light installations in Historic Filipinotown and a sister river agreement between the LA River and the Philippines’ Pasig River.

“The news article was very sad, but I hope he is able to clear his name and I wish him the best,” Yey Coronel, executive director of the Filipino American Service Group, Inc. and former board member of SIPA in the mid-2000s, told the Asian Journal on Friday.

Considered a leader in the local Filipino-American community, Jacinto was “instrumental in the creation of Historic Filipinotown and worked closely with the City to enhance the public spaces in that neighborhood to reflect its character, such as creating decorative crosswalks, installing streetlight banners, and building a gateway sign at Silverlake Blvd. and Temple Street,” according to a 2015 release from the Mayor’s Office.

No individual or company mentioned in the warrant has been arrested or charged, as of press time.

Brown added in his email that Jacinto “hopes that he will be able to return to his position as Commissioner in the near future after any distraction related to his willingness to serve as a witness is completed.”