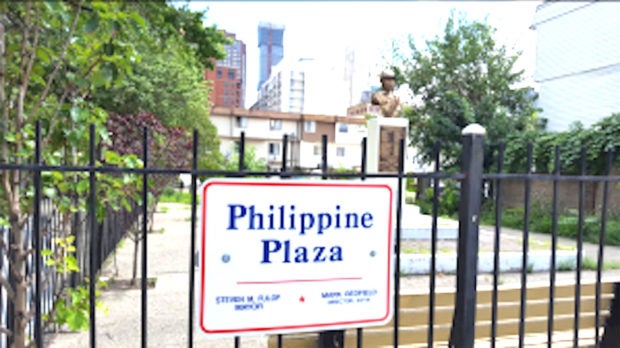 The monument dedicated to Filipino veterans. THE FILAM

JERSEY CITY, New Jersey — A proposed 800-unit luxury condominium to be built on the Philippine Plaza Park in Jersey City is making some Fil-Am families very anxious about the prospect of gentrification.

The planned development has stoked fears that it would encroach on the park’s memorial dedicated to Filipino veterans and drive residents out of their homes. The developer gave his assurance that it would “preserve the rich history” of Filipino Americans.

The park is located in the area of Second Street and Manila Avenue in downtown Jersey City. Most of the homeowners around the area are Filipino Americans. Developer Lerner Management Company (LMC) is looking to build a school and a public park with water sprinklers and playgrounds adjacent to the condo.

LMC Vice President Charles Epstein suggested the school could be named after a Filipino hero or the woman behind the foundation that built the park, Flor Alcantara Reyes, who passed away in 2019.

In a recent meeting attended by officers of the Philippine Plaza Foundation, LMC executives, Jersey City Councilman-at-Large Rolando Lavarro, and Ward E Councilman James Solomon, Epstein announced that “99 percent of the 38 homeowners have expressed acceptance to the buying agreement.” 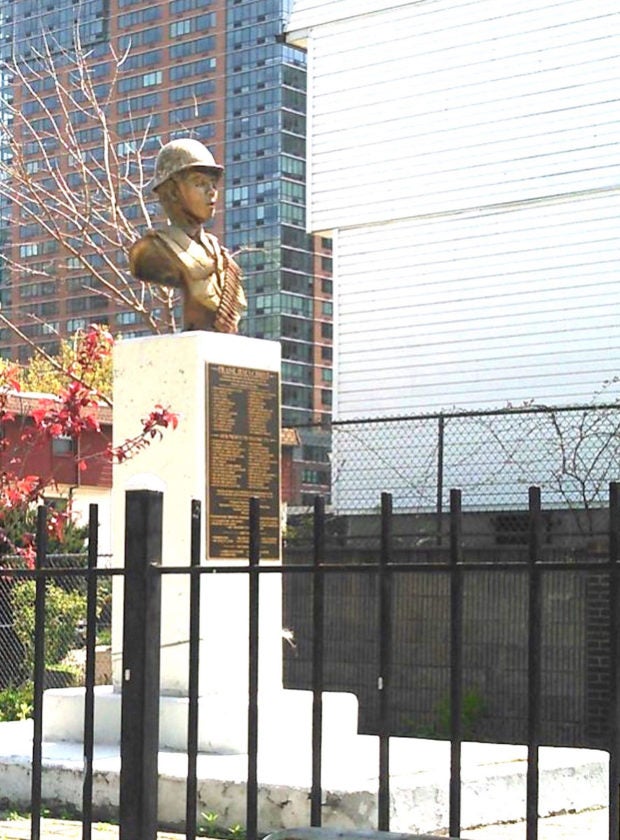 The monument dedicated to Filipino veterans. THE FILAM

There is one remaining holdout, a developer who has never lived in the property but bought a home hoping to sell it in the future, he said. He stressed the company acknowledges the “rich history of the Filipino Americans on Manila Avenue,” and gave his assurance the Philippine Plaza Memorial would remain intact.

Representing the foundation in the meeting were chairman Pastor Will Tangunan and board members Linda Abello, Romel Ramos, and Maricar Taino.

Taino told The FilAm, “The company said they will put more landscape grass and benches and hire a professional to shine the statue like new. The park will keep its name, Philippine Plaza.”

The foundation was led by its CEO Alcantara Reyes when the veterans’ monument was constructed. She was very active in the community while she worked as a training coordinator at Hudson County Correctional Facility.  She moved to Arizona in 2014 when she accepted the position of commissioner of Economic Development and Marketing in the city of Kingman.

A resolution paved the way for the creation of the park in 1992. The agreement — signed by the then-Democrat Mayor of Jersey City Joseph Rakowski and Councilman James Vasquez – was for the park “to honor both the living and the fallen Filipino American veterans of all wars.” Epstein, according to a press statement, said LMC would “honor the sovereignty” of the agreement. The foundation was given the authority to maintain the park. 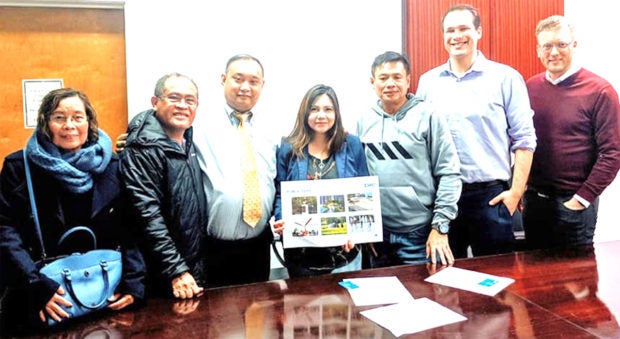 Philippine Plaza Park is listed as one of the historic parks of Jersey City, Taino told The FilAm. The park has served as venue for Filipino cultural activities, such as the Santacruzan festivals in May.  Its major events, however, revolve around veterans’ holidays such as Memorial Day in May, Veterans Day in November, and the Philippines’ Bataan Day usually held in April.

She raised the issue of possible displacement at the meeting.

“These units will not be built for ordinary working-class workers like me to afford and many had no choice but to be pushed and move away from downtown due to taxes and high rents due to all the luxury buildings being brought up,” she said.

She and Lavarro questioned if LMC could assign more than 5 percent of units toward affordable housing to accommodate the elderly and low-income residents. Lavarro said he would like to see a financial analysis from LMC and whether it would address his concerns about affordable housing.

There will be a series of public hearings to discuss the future of the park, to be conducted by Councilman Solomon of Ward E where the park is located. The foundation said it will attend all meetings to make sure that the monument and plaza “will not be destroyed.”