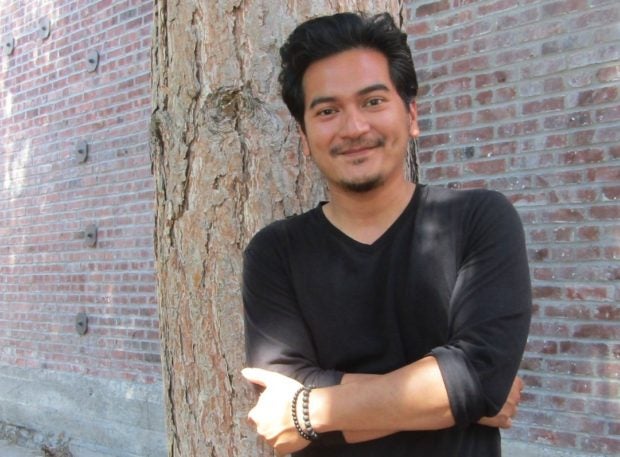 SEATTLE — Filipino American Lex Marcos has designed the sets for Intiman Theatre’s comedy “Native Gardens,” which opens in September at the Jones Playhouse.

PhD-candidate Tania and her spouse Pablo, a lawyer, have just purchased a home next to well-established and English garden-owning older couple Virginia and Frank.

A dispute over a fence line spirals into an all-out border dispute, exposing everyone’s biases on race, class, privilege and taste.

Zacarias, a native of Mexico who has lived in Washington D.C. since 1991, conceived the play after a dinner party where guests traded horror stories about feuds with their neighbors. 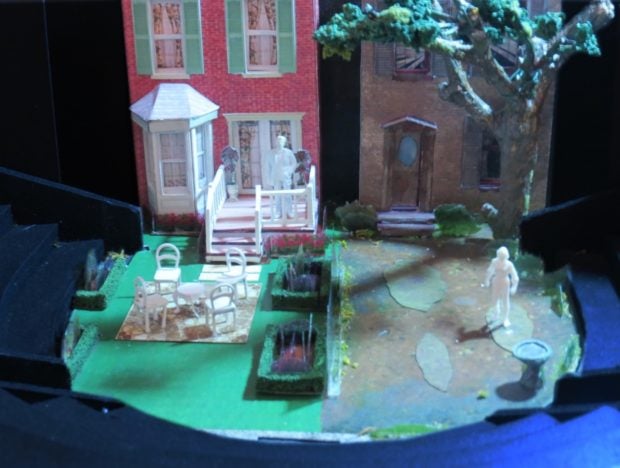 She realized that arguments “internationally, locally, whatever” are about “what your place is in the world and culture.”

Director Arlene Martinez-Vazquez said there are many reasons why she wanted to direct the play.”These characters are highly educated and funny, a combination rarely seen on our stages. I love the approach it takes on the very timely border conversations plaguing our nation. It acknowledges the many perspectives and points of view and with great empathy.

“At its core, ‘Native Gardens’ is really about tolerance, understanding and balance, which really, is what the world needs now. Desperately.”

Marcos was a set designer and actor in Manila prior to moving to Seattle to take up a master’s in scenic design at University of Washington’s School of Drama, which he completed last year.

His design credits in Seattle include “We Are Pussy Riot or Everything is PR” (Theater Battery), “The Who and The What” and “The Nance” (ArtsWest Playhouse and Gallery) last year; “American Hwangap” (West of Lenin) and “Welcome to Arroyo’s” (Theater Schmeater) earlier this year.

His most recent credits are Mamches Productions’ staging of Off-Broadway musical “Disenchanted” (which was co-created by Fil-Am director Fiely Matias) and Theater Battery’s “Alma (or #nowall).”

“I was laughing in some scenes when I read it for the first time,” says Marcos. “How it was written is very clever. It tackles the timely issues of race, gender and cultural differences. At the same time, it touches the very essence of human compassion.”

He even had a difficult time taking any particular side given each character’s arguments. “Audiences will love these four intelligent characters. The comedy is so genuine that there are moments in the play that you can imagine happening in real life.”

“I just started scribbling how these characters would move in a space, not thinking about the whole picture yet, just figures interacting with one another.”

Marcos took visual cues from the script. “The geography and the condition of the two backyards were well described in the play,” he says. 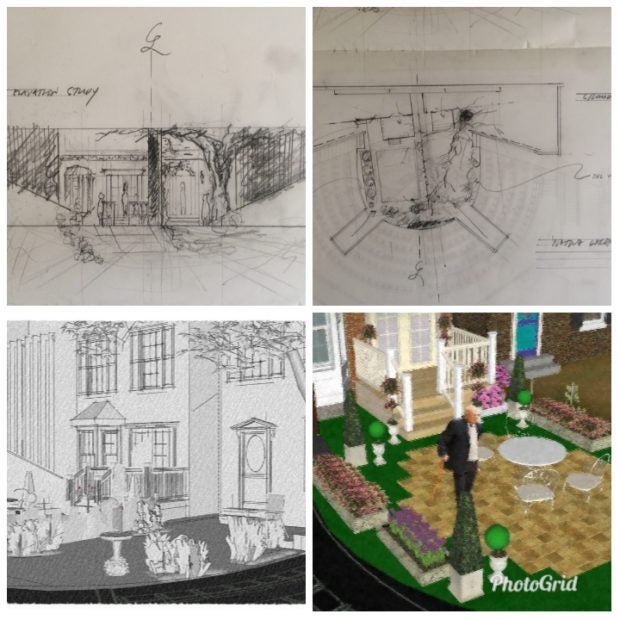 He then researched images of historic houses in Washington, DC (where the play is set) as well as what flowers and plants grow in different seasons.

“I browsed at some paintings of Norman Rockwell and film images of Wes Anderson. This was not to imitate the style but to have a sense of how to ground the set design in terms of graphic treatment and colors.”

“Director Arlene Martinez-Vazquez’s meticulous eye on details was significantly helpful with my process as well as the good aesthetic and practical insights from our artistic director Jennifer Zeyl, who’s also a great and experienced designer in her own right,” he adds.