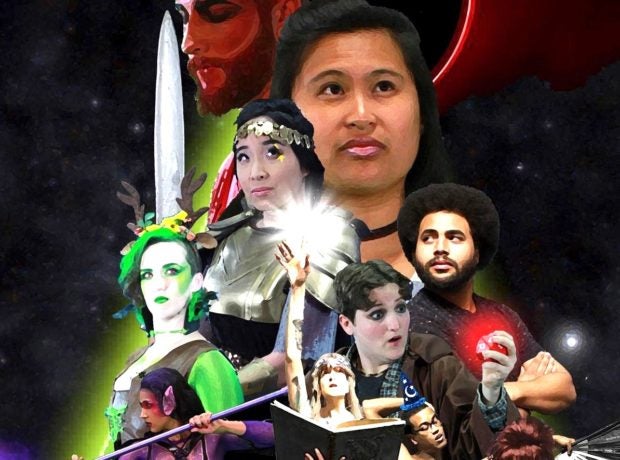 Hamilton plays the character of Agnes Evans in this comedic romp into the world of fantasy role-playing games. Agnes finds a way to know more about her recently deceased sister—along with homicidal fairies, nasty ogres, and 90s pop culture—through her sister’s refuge: the world of Dungeons & Dragons.

For television, Nguyen has written for AMC, Netflix, SYFY, PBS, and Marvel Studios.

“After Agnes loses her sister Tilly, she comes across a Dungeons & Dragons campaign that Tilly wrote. Agnes plays the game in an effort to learn about her sister since they didn’t have much of a relationship,” she says.

Through the game, Agnes is able to play along and have an adventure “with” Tilly, as well as with a demon queen, a dark elf and a demon overlord.

Theatergoers need not be familiar with the Dungeons & Dragons game to go watch the show, reassures Hamilton. 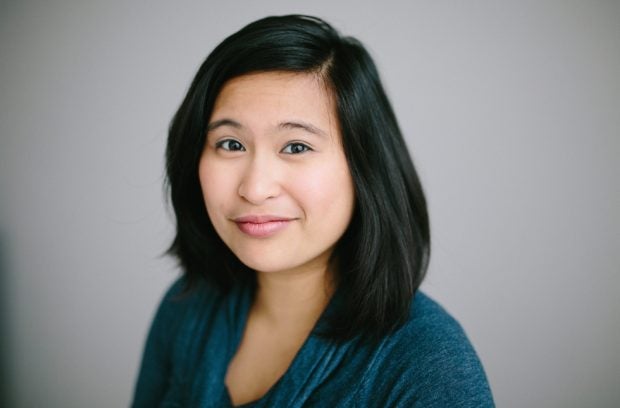 “Also, in our production, we’ve got lots of puppets, stage combat, and even a dance battle, so there’s lots of fun, engaging antics to watch!”

Hamilton was born in Anchorage, Alaska to Filipino parents (Hamilton is her married surname) and fell in love with acting while she was as student in middle school. She went on to study theatre performance at Chapman University in California and later took up a master’s degree in theatre at University of Florida.

She recently concluded a run at the Seattle Children’s Theatre tackling the one-actor play “The Lamp is the Moon,” as Shawn, a girl who dreams of becoming an astronaut.

Other credits include “Don’t Split the Party” for Transparent Storytelling Theatre, “King of the Yees” for ACT Theatre, “Squatch! The Musical” Ensemble Centerstage Theatre helmed by Fil-Am director Sara Porkalob, and “The Realization of Emily Linder” for Taproot Theatre Company.

While she herself does not play Dungeons & Dragons, Hamilton appreciates its appeal. “I can see why many people love the game. It’s a chance to play characters in a magical world and you get to create that world with friends. It’s a great way to build community and stretch your imagination.”

When she was a child, Hamilton preferred playing the card game Uno. “I really enjoyed playing that with family during get-togethers.” As an adult, she’s no technophobe—“I occasionally play mobile games. I like puzzle games. My current favorite is 2048, a single-player sliding block puzzle game. The objective is to slide numbered tiles on a grid to combine them to create a tile with the number 2048. The highest I’ve gotten is 512, so I’ve got something to work towards!”

Despite the overtly fantastical and comedic aspects of the play, and without giving away the story, the plot also touches on grieving and other “serious” topics.

Hamilton hopes that “audiences will be inspired to nurture the relationships that matter most to them.”