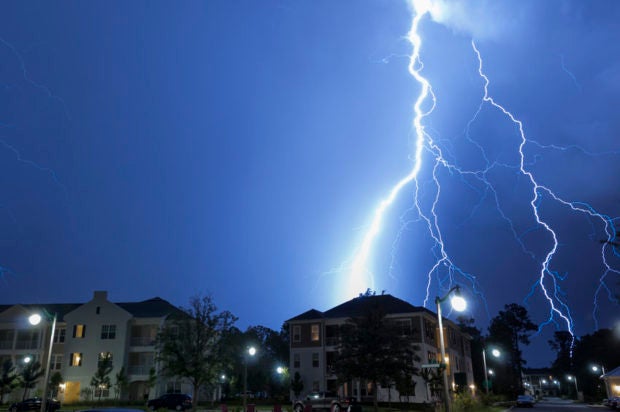 A 13-year-old boy from Arizona, USA, survived a lightning strike and went home after only five days in the hospital.

Josiah Wiedman, an 8th grader living in El Mirage, Arizona, had the shock of his life when he was struck by lightning on Aug. 8 while walking home with his friend, reports Fox 10.

Wiedman described suddenly feeling a burst of heat before his vision went dark. He further described the experience as having “needles constantly stabbed into me.”

After getting struck, the boy fell to the ground where he hit his head hard, causing a concussion. Meanwhile, Wiedman’s friend, who had been walking beside him, suffered minor burns.

A neighbor who saw the incident quickly rushed to the two teens and performed CPR on Wiedman. Once revived, Wiedman was rushed to Phoenix Children’s Hospital in critical condition. He was admitted unconscious. When Wiedman came to, doctors were surprised at his quick recovery and lack of any permanent damage to his body apart from marks on his leg. Wiedman’s mother believed the teen’s skateboard, which he had been holding at the time, absorbed most of the electric shock, as stated in the report.

After five days in the hospital, Wiedman got up and went home under his own strength. He said, “I feel like I’m superman right now!”  Alfred Bayle /ra