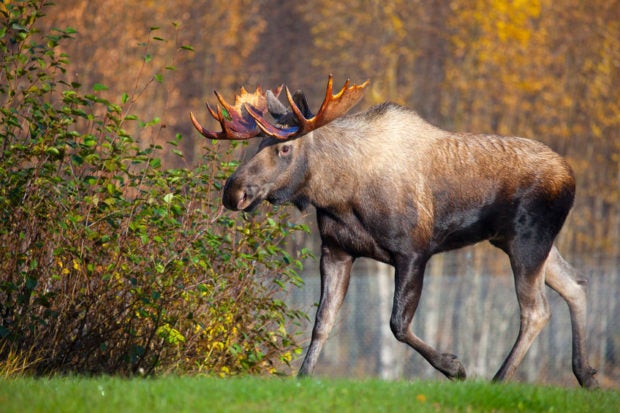 A giant moose decided to take a slow stroll along the middle of an Alaska highway.

The moose, which appeared to be larger than a car, was spotted by Alaska resident Robert Farris. He was driving down the Northern Lights Blvd. at midnight after picking up his daughter when he saw the wandering giant. 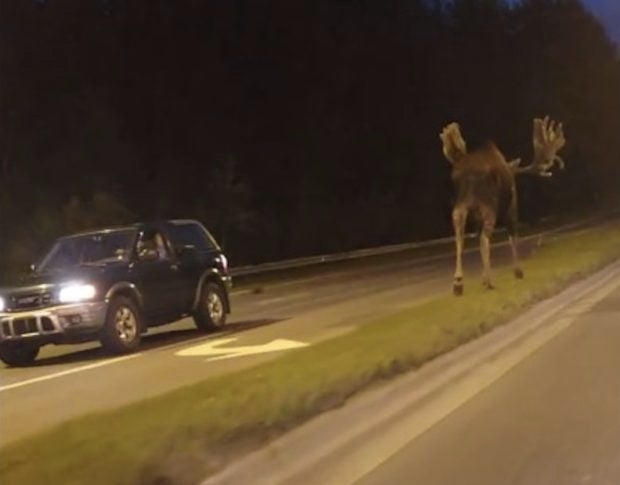 Footage uploadded on YouTube channel ViralHog on Aug. 8 indicated the sighting happened the day before on Aug. 7. With his smartphone’s camera trained at the moose, Farris pulled up to drive slowly beside the animal.

One motorist who was driving on the opposite lane stopped his vehicle and began to drive backwards just to get a better look at the lumbering giant. Another car beside the first one slowed as it came nearer to the moose. 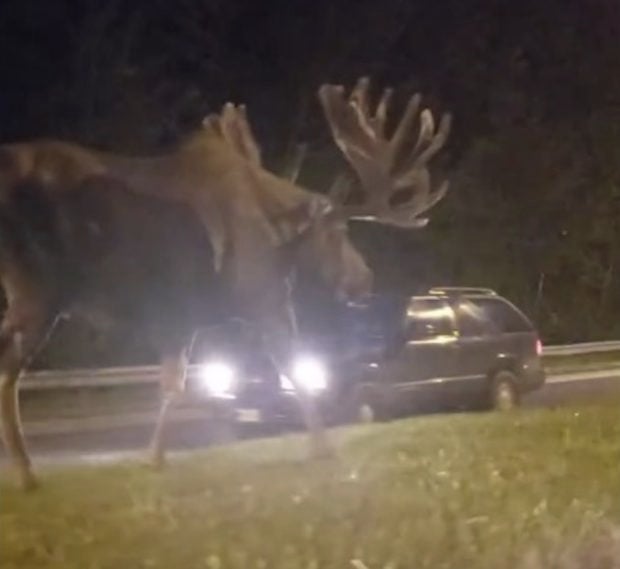 As Farris himself drove beside the moose, he tried to call out to it several times. The moose ignored him completely and just kept on walking. A little girl riding with Farris, presumably his daughter, asked whether he would touch the animal. Farris immediately said “no,” which was probably a good decision. Given the animal’s size, it can easily injure a person if provoked.

After his attempts to get the moose’s attention failed, Farris decided to move on and let the lumbering giant enjoy its evening stroll in peace.

The Alaska Department of Fish and Game describes the Alaska moose as the largest among moose species. An adult male can grow to as tall as almost six feet and weigh as much as 725 kilograms.  /ra