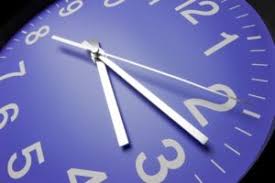 Douglas Troester worked as a shift supervisor of coffee giant, Starbucks Corporation. As shift supervisor, he performed store closing tasks where he transmitted daily sales, profit and loss, and store inventory data to Starbucks’s corporate headquarters. He then activated the alarm, exited the store, and locked the front door.

However, before performing these tasks, he was required by Starbucks to clock out. After having closed the store, Troester also walked his coworkers to their cars in compliance with Starbucks’s policy.

In addition, he occasionally reopened the store to allow employees to retrieve items they left behind, waited with employees for their rides to arrive, or brought in store patio furniture mistakenly left outside.

Troester’s closing tasks required him to work four to ten additional minuteseach day. These minutes were not paid. Over the 17-month period of his employment, Troester’s unpaid time totaled approximately 12 hours and 50 minutes. At the then-applicable minimum wage of $8 per hour, this unpaid time added up to $102.67. Troester sued Starbucks on behalf of himself and other nonmanagerial employees claiming unpaid wages.

Starbucks asked that the case be dismissed because Troester’s uncompensated time was so minimal that Starbucks was not required to compensate him. Starbucks argued that under federal law, Troester’s time was de minimistime, which is defined as “insubstantial and significant periods of time beyond the scheduled working hours which cannot as a practical administrative matter be precisely recorded for payroll purposes.” The trial court agreed with Starbucks and dismissed the case. Troester appealed and the case reached the California Supreme Court.

First, the High Court decided that California’s wage and hour laws did not adopt the de minimis doctrine found in federal law. Not only that, California law mandates that employees should be paid “for allhours worked.” Hours worked means “the time during which an employee is subject to the control of an employer, and includes all the time the employee is suffered or permitted to work, whether or not required to do so.”

An employer that requires its employees to work minutes off the clock on a regular basis may not evade the obligation to compensate the employee for that time by invoking the de minimis doctrine. As demonstrated in this case, a few extra minutes of work each day can add up. Troester is seeking payment for 12 hours and 50 minutes of compensable work over a 17-month period, which amounts to $102.67 at a wage of $8 per hour. The Court opined that this is enough to pay a utility bill, buy a week of groceries, or cover a month of bus fares. Thus, what Starbucks calls “de minimis” is not de minimis.

Employers have alternatives that allow them to track small amounts of regularly occurring work time, such as restructuring the work so that employees would not have to work before or after clocking out. Also, technological advances may help with tracking small amounts of time. Lastly, it is possible to reasonably estimate work time, for example, through surveys, time studies, or a fair rounding policy – and to compensate employees for that time.