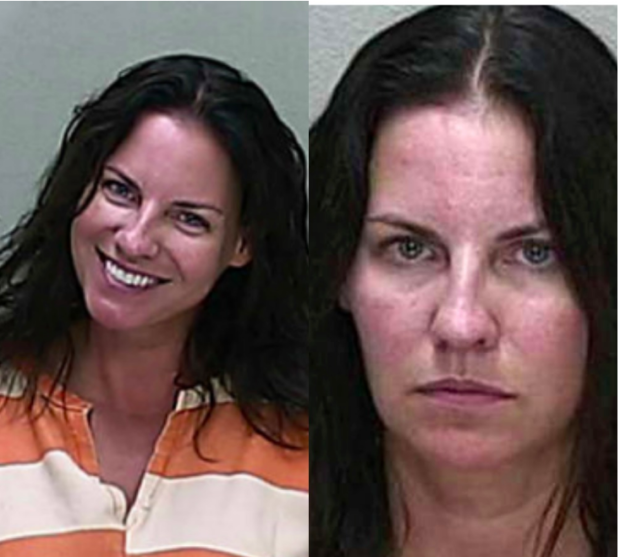 Left: Angenette Marie Welk smiled for her first mugshot when she was charged with DUI. Right: Welk’s smile was gone when a casualty died in the crash she was involved in.  Images: Marion County Sheriff’s Office

A 44-year-old woman from Florida, initially charged with DUI, was slapped with an additional manslaughter charge last Saturday, four days after a victim of the rear-end collision died.

Angenette Marie Welk was first taken to the Marion County Sheriff’s Office after her first offense and sported a smile when her mugshot was taken. When she was asked to have another photo taken after she was arrested for manslaughter, her grin was gone.

The Florida Highway Patrol arrested Welk after her sedan rear-ended another vehicle. The impact was so hard that it slammed into the back of a trailer on May 10. This was first reported by the local newspaper Ocala Star-Banner.

The three-vehicle collision caused the death of 60-year-old Sandra Clarkston four days after the accident. Her daughter, 18-year-old Shiyanne Kroll, survived the crash.

Police found that Welk was intoxicated at the time of the accident. She told one officer that she had dropped her phone and on her way up, she saw that she was about to collide with Clarkston’s car.

At the time of the crash, the suspect was charged with driving under the influence, serious bodily injury and two counts of DUI property damage. The charge of manslaughter was added in connection with Clarkson’s death.

Kroll’s older sister, Keonna Scicca, expressed both sadness and anger over her mother’s death. She said: “We didn’t get to spend anytime with my mother. We have to mourn her death.”

“She has no remorse. If she did, she would never get behind the wheel. She deserves no mercy,” Scicca said of Welk.

Clarkston’s family has set up a Gofundme account to help with the expenses for the funeral.

However, Clarkston’s family was mad about the decision. “She needs to be sitting in the jail,” Kroll angrily said. “She needs to rot in hell. I want to spit in her face.”  Katrina Hallare /ra