Griner and her lawyers had asked for acquittal or at least a reduction in her sentence, which they said was disproportionate to the offense and at odds with Russian judicial practice.

After retiring for no more than 30 minutes to consider the appeal, the presiding judge said the original verdict was upheld “without changes” except for the counting of time served in pre-trial detention as part of the sentence.

Griner, a two-time Olympic gold medallist, was arrested on Feb. 17 at a Moscow airport, a week before Russia sent troops into Ukraine, and her case has inevitably been viewed in the context of the ensuing crisis in U.S.-Russian relations. Washington was quick to respond to the verdict.

“We are aware of the news out of Russia that Brittney Griner will continue to be wrongfully detained under intolerable circumstances after undergoing another sham judicial proceeding today,” White House national security adviser Jake Sullivan said in a statement. 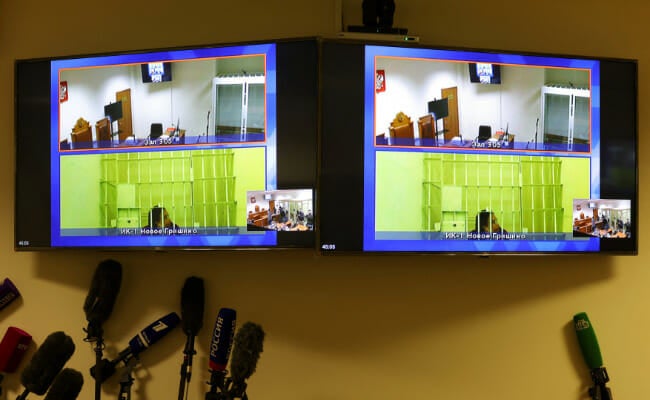 U.S. basketball player Brittney Griner appears on a creen via video link from the detention centre before a court hearing to consider an appeal against her prison sentence, in Krasnogorsk, Moscow Region, Russia October 25, 2022. REUTERS/Evgenia Novozhenina

He said the United States would “continue to engage with Russia” to bring her home. The state prosecutor had said Griner’s Aug. 4 sentence of nine years in a penal colony was “fair,” but Alexander Boykov, one of her lawyers, had told the three-judge panel sitting in Krasnogorsk, on the outskirts of Moscow:

“No judge, hand on heart, will honestly say that Griner’s nine-year sentence is in line with Russian criminal law.”

He listed a series of what he said were procedural flaws in Griner’s conviction and requested an acquittal but asked, “if the court wants to punish her, [it should] give her a new, ‘fair’ verdict and mitigate the punishment”.

“The severity and cruelty of the sentence applied to Griner shock people worldwide,” he said.

Permitted to make a final statement by live video link from her detention center in the town of Novoye Grishino, just outside Moscow, Griner said how stressful her eight-month detention and two trials had been.

“I was barely over the significant amount [of cannabis oil] … People with more severe crimes have gotten less than what I was given,” she said.

‘I DID NOT INTEND TO DO THIS

Griner apologized for what she said was an honest mistake, as she had at her original trial, saying: “I did not intend to do this,” and asking the court to consider that she had pleaded guilty.

She has said she used medical cannabis to relieve the pain from a series of sports injuries. Both recreational and medicinal uses are prohibited in Russia. 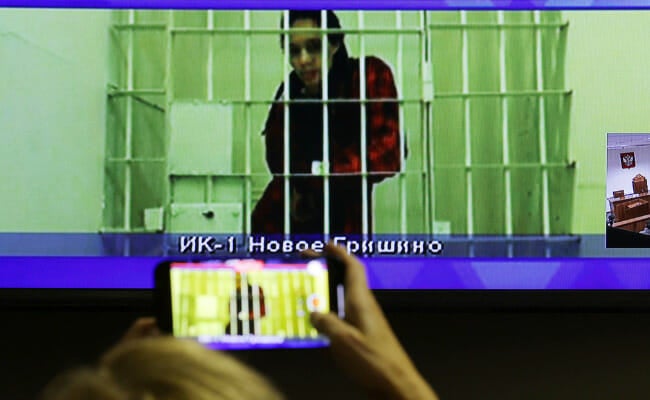 U.S. basketball player Brittney Griner appears on a screen via video link from the detention centre during a court hearing to consider an appeal against her prison sentence, in Krasnogorsk, Moscow Region, Russia October 25, 2022. REUTERS/Evgenia Novozhenina

Wearing a black and red lumberjack shirt over a black hooded top, the 32-year-old alternately sat or stood in her cell, sometimes with her head lowered, sometimes leaning against the white bars.

When asked if she had understood the verdict, she merely replied “Yes” before being led away. U.S. President Joe Biden had called the original verdict “unacceptable.”

U.S. State Department spokesperson Ned Price said on Monday that Washington was working to free Griner and former U.S. Marine Paul Whelan, serving 16 years in jail after being convicted of spying and that there had been “active discussions, including in recent days.”

“We have not weighed in on the various judicial proceedings and steps because, as we’ve made clear, we believe that these proceedings have been largely shambolic,” Price told reporters.

U.S. Chargee d’Affaires Elizabeth Rood, the ranking U.S. diplomat in Moscow, told media waiting outside the court that she had not been allowed to speak to Griner before or after the hearing.

But Griner’s lawyers said in a statement: “Brittney’s biggest fear is that she is not exchanged and will have to serve the whole sentence in Russia. She had hoped for today as each month, each day away from her family and friends matters to her.”

They said it would be some time before Griner was moved to a prison colony and that they had not yet decided whether to try to launch another appeal.

“We generally think we must use all the available legal tools, especially given the harsh and unprecedented nature of her verdict,” the statement said.