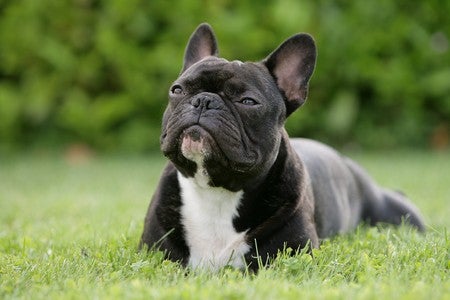 A dog died during a United Airlines flight last Monday, after a flight attendant allegedly forced the dog’s owner to place the animal in the overhead bin.

The dog was brought into the flight by its owners in a carry-on bag, per airline instructions. The flight attendant ordered the owners to place the carry-on bag with the dog in it, into the overhead compartment. While passengers could hear the dog occasionally bark within the duration of the journey, the dog no longer made it to the end of the flight.

Passengers who witnessed what happened took to social media to express their anger and frustration. Later, even celebrities voiced their disgust about airline procedures that led to the incident.

One of the passengers was June Lara, who stated on his Facebook post last Monday that it was his first time to board a United Airlines flight. He sympathizes with the family of three who lost their dog.

Lara said that he sat behind the mother and her two young children. In his post, he narrated how the flight attendant insisted that the dog be kept in the overhead compartment during the three-hour flight.

“There was no sound as we landed and opened his kennel. There was no movement as his family called his name,” Lara wrote. “I held her baby as the mother attempted to resuscitate their 10-month-old puppy. I cried with them three minutes later as she sobbed over his lifeless body.”

Another passenger, Maggie Gremminger, also felt sympathy for the family and expressed her frustration about the flight attendant.

I want to help this woman and her daughter. They lost their dog because of an @united flight attendant. My heart is broken. pic.twitter.com/mjXYAhxsAq

This should never have happened. How did this happen? I am not sleeping tonight. @nytimes @washingtonpost @WNYC pic.twitter.com/5x5bckI7EU

She gave her eyewitness account of what transpired in the flight from Houston, Texas to New York. She told People, “The flight attendant told the passenger that her bag was blocking part of the aisle. I could not see it, as I was already in my seat, but it sounded like it was somehow not completely fitting beneath the seat in front of her.”

Gremminger also told the magazine that the woman who owned the dog at first “adamantly refused” to follow the instruction: “There was some back and forth before finally the flight attendant convinced her to move the carrier to the bin above.”

Various celebrities have reacted about the unfortunate incident. Actress Amanda Seyfried asked, “Who in the world would shove a living animal into an overhead bin?”

Who in the world would shove a living animal into an overhead bin? Good luck @united. And f*ck you.

Olivia Munn said she now hates United Airlines because of what happened.

Songwriter Dianne Warren, out of anger about the incident, had some strong words for the airline.

According to the airline‘s policy on in-cabin pets, passengers will be charged $125 (around P6,500) for bringing a pet to the flight; and the pets must be kept in a carry-on bag or “an approved hard-sided or soft-sided kennel. The kennel must fit completely under the seat in front of the customer and remain there at all times.”

Following the incident, United Airlines spokesperson Maggie Schmerin said, “This was a tragic accident that should never have occurred, as pets should never be placed in the overhead bin. We assume full responsibility for this tragedy and express our deepest condolences to the family and are committed to supporting them. We are thoroughly investigating what occurred to prevent this from ever happening again.” Katrina Hallare/JB