Attorneys for actor Johnny Depp began their questioning of Amber Heard in the couple’s defamation trial on Monday and challenged the “Aquaman” star’s claims that she suffered physical abuse before and during their brief marriage.

Depp’s attorneys introduced photographs of Heard making public appearances on red carpets and “The James Corden Show” shortly after times that she said Depp had struck her with his hands, on which he usually wore heavy rings.

The pictures shown to jurors appeared to reveal no injuries. Heard said the harm, which included what she thought was a broken nose, was not severe enough to be visible or was covered up by makeup. 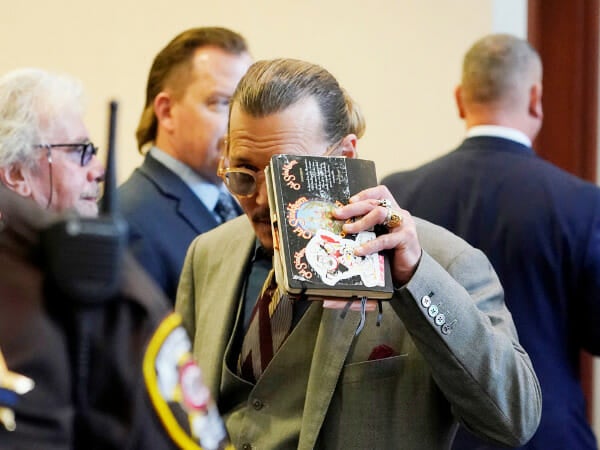 Actor Johnny Depp looks toward the courtroom gallery as they take a break in the courtroom at the Fairfax County Circuit Courthouse in Fairfax, Va., Monday, May 16, 2022. Steve Helber/Pool via REUTERS

Depp, 58, is suing Heard, 36, for $50 million, saying she defamed him when she claimed she was a victim of domestic abuse. Heard has countersued for $100 million, arguing that Depp smeared her by calling her a liar.

At the start of the cross-examination of Heard, an attorney for Depp asked Heard if she had abused Depp and was further harming him with false allegations.

Earlier, Heard told jurors that she filed for divorce from Depp in 2016 because she worried she would not survive physical abuse by him. She said she realized the relationship was beyond repair after he threw a cell phone that hit her in the face. 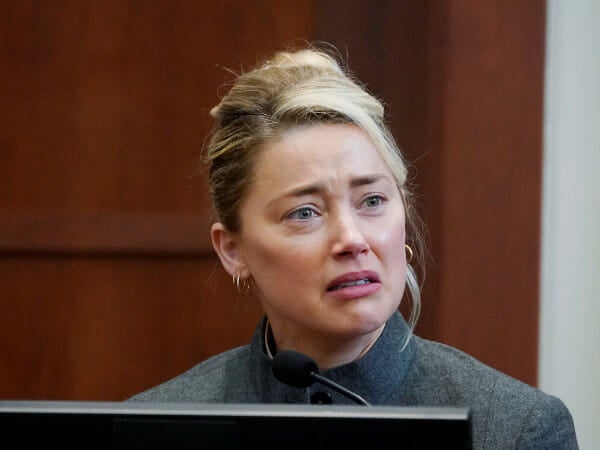 Actor Amber Heard testifies in the courtroom at the Fairfax County Circuit Courthouse in Fairfax, Va., Monday, May 16, 2022. Steve Helber/Pool via REUTERS

“I made the decision to file for divorce,” she added. “It was hard because I loved Johnny so much.”

The pair wed in February 2015 and their divorce was finalized about two years later.

Depp has testified that he never hit Heard and argued that she was the abuser in their relationship. He said she threw a vodka bottle at him in early 2015, severing the top of his right middle finger.

Heard said she did not cause the finger injury and said she only hit him to defend herself or her sister. 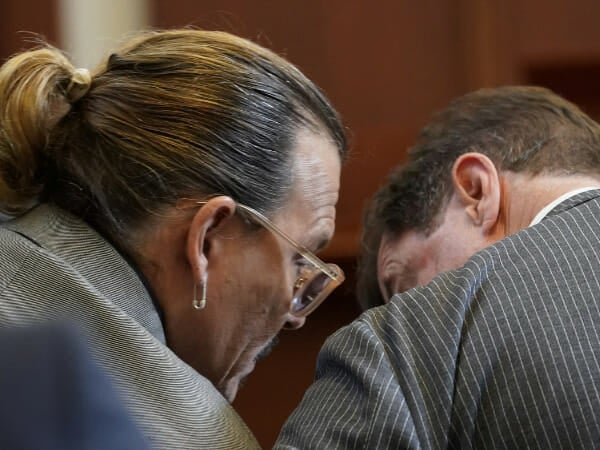 Actor Johnny Depp talks to attorney Ben Chew in the courtroom at the Fairfax County Circuit Courthouse in Fairfax, Va., Monday, May 16, 2022. Steve Helber/Pool via REUTERS

She also denied Depp’s allegation that she had left feces in a bed at one of his homes following a fight on her birthday. A security guard had testified that Heard told him the feces were a “horrible practical joke.”

Heard said she did not commit any prank that day, adding that she was “not in a pranking mood.”

“I had just been attacked on my 30th birthday by my husband, with whom I was desperately in love and knew I needed to leave,” she said.

The legal case centers on a December 2018 opinion piece by Heard that appeared in the Washington Post. The article never mentioned Depp by name, but his lawyer told jurors it was clear Heard was referencing him.

Depp, once among Hollywood’s biggest stars, said Heard’s allegations cost him “everything.” A new “Pirates of the Caribbean” movie was put on hold, and Depp was replaced in the “Fantastic Beasts” film franchise, a “Harry Potter” spinoff.

Heard’s attorneys have argued that she told the truth and that her opinion was protected free speech under the U.S. Constitution’s First Amendment.

Closing arguments are scheduled for May 27.

Less than two years ago, Depp lost a libel case against the Sun, a British tabloid that labeled him a “wife-beater.” A London High Court judge ruled that he had repeatedly assaulted Heard.