You know the saying “Behind every great man, there’s a woman”? Well, we’re here to tell you that behind all female celebrities are even greater Instagram accounts.

Looking back on September 2016, the ten most followed female celebrities on Instagram are:

These ladies have built their empires through being famous for being famous and doing nothing other than looking good in front of cameras. They are living proof that people will follow if you’re hot enough.

That list above goes way back. Now, we’ve prepared for everything! So without further ado, let’s take a look at which ladies have the highest number of Instagram followers today! 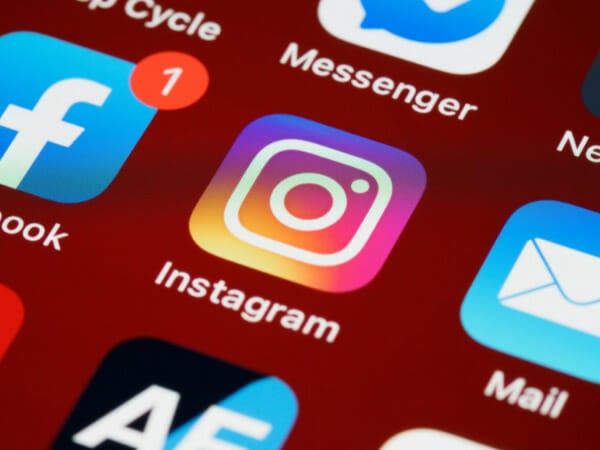 Since the day Instagram was born, people have been obsessed with sharing their lives on the app. And, unsurprisingly, some of the most popular accounts belong to celebrities. Spoiler: They mostly just promote their work and vacations… but they look good doing it! Here are the ten most followed female celebrities on Instagram and what you can learn from their posts.

Like Scarlet Johansson, who doesn’t have an official Insta account, Mila also has a pretty impressive Instagram following! Considering that it’s just a fan-based account. She’s also a Golden Globes nominee as best supporting actress for her movie Black Swan.

Like some famous female celebrities who don’t have an Insta account, Scarlett Johansson’s Instagram account is a fan account. However, it has still gained more than 3 million followers. Scarlett Johansson is a Hollywood star with an estimated net worth of $160 million. It’s not surprising with her recent role as the Black widow, which made her one of the highest-paid actresses for a role.

Kate Upton, a cover girl and model for Sports Illustrated swimsuit issue has over six million followers. Upton is one of those models who doesn’t need to use Photoshop because she’s naturally perfect and gorgeous – and we can tell by looking at her feed!

Natalie Portman has been in the spotlight for a very long time. From Queen Amidala in Star Wars to Jackie Kennedy in Jackie, Natalie is an old pro at dealing with fame and celebrities. So it’s no surprise that she’s embracing social media and using Instagram to share her life with her followers, which number over 7 million!

The Oscar award-winning actress posts snapshots of everything from working out to hanging out on set and even gives glimpses into behind the scenes during photo shoots.

While she is one of the hottest women in Hollywood, she’s also one of the most popular female celebrities on Instagram. She has over 17 million followers. She’s also known for her witty captions that she adds to her photos, like “sorry I’m not sorry” and “I’m just tryna live.”

Some of these captions are so clever, they’ve inspired people to make their versions. Megan Fox is a well-known actress and model. She’s been in many popular movies over the years, such as Transformers and Jennifer’s Body.

She’s a Hollywood actress and entrepreneur with over 60 million followers on Instagram. Jessica is a female celebrity who has been in the spotlight since she was a teenager, but her recent photo of her daughter Honor may be one of the most powerful yet.

Honor is wearing a shirt that Jessica made for girls struggling with low self-esteem and body image issues. Her caption says, “You are more than enough.” She has had film and television parts.

Whether you remember her from her old crown princess days or like her more with her action stints, Anne Hathaway is a powerhouse of an actress. As one of the beautiful women in Hollywood, the number of her Insta followers is proof that many adore her.

Although she’s not only a beautiful face, she’s also a great actress. Switching roles from a fairy tale princess, fashion assistant to a femfetal. She’s one of the female celebrities who can give justice to any role she is given.

Blake is an American actress that has long been a favorite of the celebrity gossip world thanks to her high-profile relationships and glamorous lifestyle. But now, fans are getting an even more personal look at Blake thanks to her Instagram account.

Blake has over 30 million followers on Instagram so far. She posts pictures from moments in her life that she wants people to see – including family vacations, candid shots with husband Ryan Reynolds, or just photos of food she’s eating for lunch. The A-list female celebrity has starred in movies like The Shallows and All I See Is You.

Jennifer Aniston is a well-known female celebrity who starred in many popular movies, including the “Horrible Bosses” movies. She also works behind the camera as an executive producer for TV shows like “Friends.”

Jennifer Aniston is one of those stars that can’t seem to stay out of the headlines. Now that she’s had time to settle down, Jennifer spends her days on Instagram with over 40 million followers! The media loves following her every move, which means they’re always looking for ways to get inside information about her life.

This academy award-winning female celebrity has performed in different parts of the world and sold out many venues! Her posts are a mix of personal and professional photos, as well as behind-the-scenes videos from her tour. In addition to being one of the best-selling artists of all time, Taylor Swift is also known for giving back through charitable donations and partnering with brands that share her values, such as Keds and Diet Coke. In 2017 alone, she donated a huge amount to various charities.

While she’s the youngest Kardashian family member, she’s also one of the most-followed people on social media. The whooping number of followers is clear proof that she’s one of the most influential female celebrities. Following the steps of the older Kardashian, Kim, who has recently passed her bar exam, she’s taken things up a notch.

With Keeping Up with the Kardashians, plus a massively successful cosmetics company, Kylie is constantly in the news. And, of course, she uses her massive Instagram following to keep her name in people’s minds.

Top Celebrities Who Make the Most Money on IG

This post has given you a list of the top female celebrities on Instagram with the most followers. If you’re looking to grow your fanbase, take some tips from these women and start building relationships with your fans!