Nikola Jokic scored 37 points, Monte Morris had 19 of his 24 in the second half and the host Denver Nuggets beat the Golden State Warriors 126-121 on Sunday to avoid a sweep of the Western Conference first-round series.

Aaron Gordon had 21 points, Bones Hyland scored 15, and DeMarcus Cousins 10 for Denver, which trails the series 3-1. Game 5 is at Golden State on Wednesday night.

Steph Curry had 15 of his 33 points in the fourth quarter. Klay Thompson scored 32 points, Andrew Wiggins added 20, Draymond Green finished with 13 points, 11 rebounds, and six assists before fouling out and Jordan Poole scored 11 for the Warriors.

The Nuggets were ahead 113-103 with six minutes to play when Golden State made an 18-6 run to take their first lead since the first quarter. But Jokic tied it with a layup, igniting a 7-0 game-ending spurt for Denver. 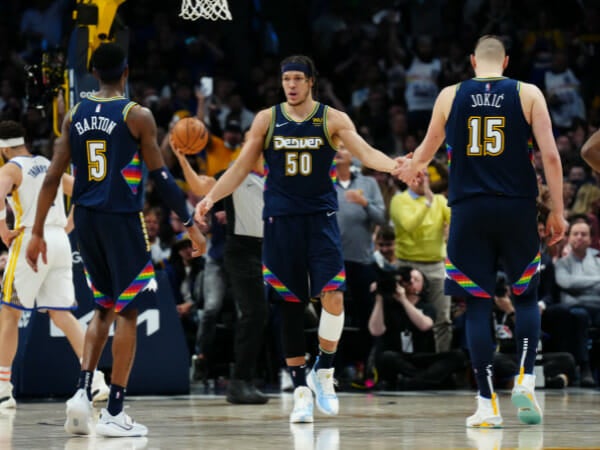 Denver Nuggets forward Will Barton (5) and forward Aaron Gordon (50) and center Nikola Jokic (15) during the fourth quarter against the Golden State Warriors of the first round for the 2022 NBA playoffs at Ball Arena. Mandatory Credit: Ron Chenoy-USA TODAY Sports

Grayson Allen continued to torture host Chicago with 27 points off the bench in 28 minutes, Giannis Antetokounmpo scored 32 more and Milwaukee completed a two-game road sweep with a dominant victory in Game 4 of its Eastern Conference playoff series.

The third-seeded Bucks, who have won 15 of their last 17 first-round playoff games, own a 3-1 series lead and will go for the clincher in the best-of-seven series on Wednesday night in Milwaukee. Allen shot 10-for-12 overall and 6-for-7 on 3-pointers en route to his second straight postseason career-high. 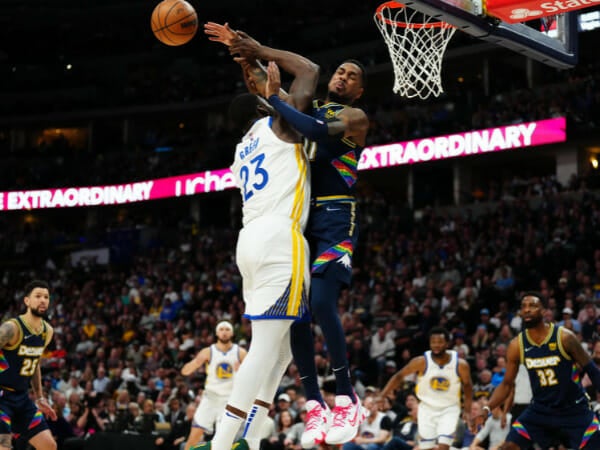 The Heat can clinch the series on Tuesday night in Miami. Heat star Tyler Herro scored just three points on 1-for-8 shooting. But the Heat got 14 points each from P.J. Tucker and Bam Adebayo.

Hawks star Trae Young, who led the NBA this season in total points and assists, had a quiet night. Young finished with nine points and five assists and was charged with five turnovers. He shot just 3-of-11 from the floor, including 3-of-10 on 3-pointers. The Hawks were led by De’Andre Hunter, who scored 24 points on 9-for-13 shooting, including 4-of-6 on 3-pointers.

Game 5 is set for Tuesday in Phoenix. Ingram scored 16 points as the Pelicans outscored the Suns 35-23 in the third quarter. Valanciunas finished with a career playoff-high in points, CJ McCollum scored 18, and Herbert Jones Jr. 13.