Alaska man strikes roommate with 'Legend of Zelda' sword, then with a real knife

Alaska man strikes roommate with ‘Legend of Zelda’ sword, then with a real knife 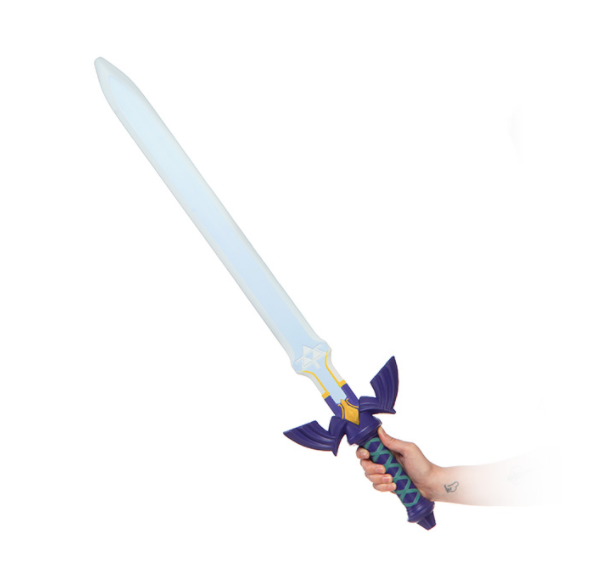 A man in Alaska was arrested on the early hours of Friday for attacking his roommate with a replica sword from the popular video game “Legends of Zelda”, then with an actual kitchen knife.

The suspect, 22-year-old Jeremy Tazruk, may have actually acted in self-defense based on reports. The person he stabbed was a certain “T.P.” who had gone amok and attacked “multiple roommates,” including Tazruk’s fiancee who was holding a baby, reported Anchorage Daily News.

Tazruk and his fiancee tried to calm down the unnamed person after he punched two other roommates, according to a charge sheet signed by Assistant District Attorney Jessica Bjerke-Owens. The cause of the altercation was not stated.

Tazruk’s fiancee asked someone to call the police. Tazruk then grabbed a replica “Legend of Zelda” sword displayed on the wall, initially using its sheath to hit T.P. After T.P. came for him, Tazruk struck T.P. with the sword. Next, Tazruk grabbed a real knife and stabbed T.P. twice.

Upon reaching the scene of the incident, police found the stabbed person on the ground with a broken television, a napkin stained with blood, the bloody knife placed on the table and the broken sword.

“The edges of the sword were not sharp, but the tip was sharp,” the court document stated.

The injured roommate was then rushed to the Alaska Native Medical Center to have his stab wound on the left side of his rib treated.