What Is A CryptoPunks NFT And Should I Still Buy One Today?

Buying art has been a common practice for years, but it has now taken a new form. Nowadays, people drop millions of dollars for images on a screen! Many people have become millionaires from selling NFTs, so more people want to do it too.

You might be one of those hopefuls who want to strike it big on digital art. Hang around the NFT space for long enough, and you’ll come across the CryptoPunk NFT collection. Is it still a golden investment, or has its luster faded over the years?

We will start by talking about what an NFT is and how it works. Then, we will discuss how the CryptoPunks project became popular. More importantly, we will elaborate on the pros and cons of NFT investments, so you can see if you should buy some or not.

What are CryptoPunks NFT pieces and cryptocurrencies? 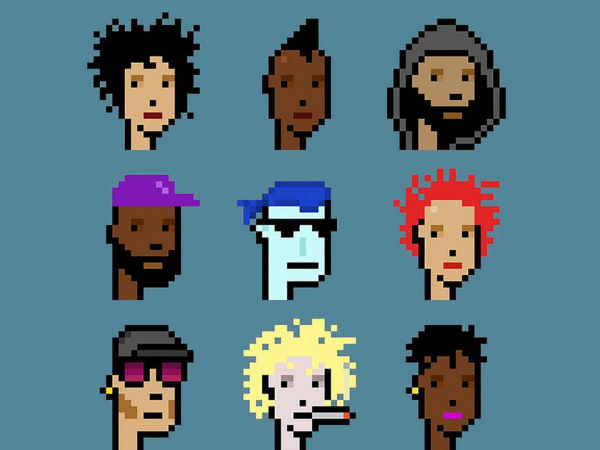 Check the other Inquirer USA articles about NFTs, and you’ll notice that they start with an overview. More people are getting into this trend, but many of them don’t fully understand.

If you share the same issue, that’s fine. Every experienced investor starts out from zero, but they worked their way up. That’s why we will start by discussing what cryptocurrency is.

Why can’t this article start on NFTs right away? Cryptos run on computer networks that make NFTs possible. More importantly, it’s a bad idea to invest in something you don’t understand.

Let’s begin by using the first cryptocurrency as an example. Bitcoin or BTC came out in 2009, and its creator Satoshi Nakamoto intended to replace the current financial system with it.

It runs with the help of volunteers called miners. These are ordinary people who confirm bitcoin transactions using their computers. A layer of encryption protects each exchange that breaks with a certain code.

Miners use their PCs to crack this code. The network adds a new block of data once a miner finds out the “winning solution.” That’s why crypto networks also go by the name “blockchain.”

The winner also gains more bitcoins as mining rewards. What does this have to do with the CryptoPunks? As time went on, bitcoin received numerous upgrades.

Eventually, more cryptocurrencies popped up with new and exciting features, such as the Ethereum blockchain. Specifically, they allowed people to create non-fungible tokens or NFTs.

What does an NFT do?

Non-fungible tokens are objects that have ownership tied to blockchains. Most people think it’s just for digital art, but you can find several NFTs that are real-life properties or items.

The NFT status allows your asset to become unique even if there are free copies available. Most people can’t wrap their heads around investing in something like this!

You may share a similar opinion, so let’s clear a few things about NFTs. Look at the definition of a non-fungible token, and it’s not explicitly for investment purposes only.

For example, it can prevent ticket scalping, the practice of purchasing multiple admissions for an event to resell them at higher prices. NFT tickets only work for their initial buyers.

This makes the tickets useless for scalpers. However, various projects made non-fungible tokens popular as a form of digital art, so people eventually assumed they were the same.

Many of these collections launched ten years ago, but they became popular in the 2020s. This is the case with the CryptoPunks project, one of the most famous options in the market.

Read More: Should You Invest In NFTs?

How did Larva Labs start the digital art trend?

🚨 New Project Alert 🚨 CryptoPunks: https://t.co/pxglKeGai6 10,000 unique characters that you can own on the Ethereum blockchain. pic.twitter.com/Tfx48t5QuF

At the time of writing, they sell for millions of dollars. However, would you believe that people used to get them for free back then? This was how the CryptoPunk NFT collection came out.

It started in 2017 when non-fungible tokens didn’t follow the current format called ERC-721. CryptoPunks started from the brilliant minds of Matt Hall and John Watkinson.

Matt Hall and John Watkinson kept the rest, but demand didn’t rise for three years. The Larva Labs collection saw demand rising in late 2020, but it truly picked up in early 2021.

If you recall, this was around the time when Beeple caught everyone’s attention. He was a digital artist that earned $69,346,250 from selling one of his digital artworks as an NFT.

The piece’s name was “Everyday: The First 5,000 Days.” You could say Beeple’s success inspired many people to ride the NFT trend, similar to what the CryptoPunks collection did.

What were the most expensive CryptoPunks sold?

The Larve Labs creation also sold for exorbitant prices. Visa bought the first one, a female punk that was worth $150,000. This pales in comparison with the more recent Larva Labs creations!

The most expensive CryptoPunk NFT sold for 8,000 ETH or $23.7 million. Deepak Thapliyal heads the blockchain-based firm Chain, and he bought it on February 12, 2022.

According to his tweet, he bought his Larve Lab art with leverage on the Compound Finance platform. It was one of the rare alien CryptoPunks in the world as there are only nine of them.

Before Thapliyal’s purchase, the most expensive CryptoPunk in the world sold for $11.8 million. The purchase occurred on June 2021 in a Sotheby’s auction.

Celebrities who have CryptoPunk NFT collections

I keep a blue flag hangin out my backside #CRYPtopunks

These non-fungible tokens have extremely high prices, so it’s no surprise that they usually attract wealthy people. Specifically, we have numerous celebrities who have CryptoPunks:

How do CryptoPunk NFTs work?

We’ve talked about how Larva Labs created one of the oldest NFT projects, so let’s talk about how they work. As the name suggests, this digital art collection took inspiration from the London Punk scene.

That’s why many of the images featured buck teeth and wild hair. Similar to other collections like the Bored Ape Yacht Club NFTs, an algorithm created them.

In other words, a software program with a few lines of code assigned the features that each CryptoPunk would have, from the wild hair to the accessories. They can have a maximum of seven attributes.

CryptoPunks have different background colors that tell people about their status. Let’s take a look at the meaning of the three colors:

You can find the latest sales info on the Larva Labs website. If you look at them, they may seem to blend together into one image. However, there are a few that are far more coveted.

We’ve already mentioned the alien punks and how the NFT market only has nine of them. Yet, there are rarer CryptoPunks out there called Genesis Punks.

There are only eight of them. Unlike the Alien Punks and others, they have no distinctive features. CryptoPunk #8348 is the rarest among them.

The Christies website describes its CryptoPunk attributes as a “big-bearded, bucktoothed, cigarette-smoking Punk with an earring and a mole, wearing classic shades and a top hat.”

You can learn more about it on the Larva Labs website. At the time of writing, it retains the blue background, meaning the owner isn’t putting it up for sale or auction.

Pros of investing in an NFT

Cryptopunks will always be the alpha

They may not look like it, but non-fungible tokens are a growing innovation. You can find numerous companies and countries that want to adopt the technology.

Let’s take the Korean tech firm Samsung as an example. At the time of writing, people may purchase its latest smartphone called the Galaxy Z Flip3 5G for the chance to earn a unique NFT.

Meanwhile, the Philippines ranked highest among 20 countries for NFT ownership. This data came from an online survey from Finder.

It said that 32% of Filipino internet users said that they owned these pieces in the digital art market. This may have come from the Axie Infinity trend.

This is an online game that lets players earn NFTs and cryptos while playing. It’s easy to see its huge role in the Philippine NFT sensation. Based on this info, it seems like now is a great time to enter the NFT space.

This will allow you to adapt early to the rapidly-evolving technologies of our world. It’s not just the NFT market that’s growing since cryptocurrency adoption continues to spread worldwide.

You may earn money from it.

More people buy CryptoPunks and other NFTs nowadays as they hope to make millions like the early investors. The CryptoPunks owners of today may become the millionaires of tomorrow.

That’s why art auction houses like Christie’s and Sotheby’s continue to feature them. They want to meet the growing demand for these pieces of generative art.

Cons of investing in an NFT

The NFT world has its share of problems. First, it’s not that easy for regular people to invest in them. If you’ll remember, the most CryptoPunks cost millions of dollars.

The same goes for the first NFT projects. Many people want them because were first in the market, but their increased demand drives the price higher.

It’s not easy to find buyers.

You may do what the first CryptoPunks buyers did and buy selections from recent projects. However, you can’t be sure you can sell CryptoPunks at a higher price.

You can’t just turn your CryptoPunks investments or others into money that easily. You will have to find people who are willing to pay for it.

Your collection may get stolen.

The Ethereum blockchain may secure your CryptoPunks, but the marketplaces on it can have flaws. There have been multiple instances of NFT theft over the years.

Multiple news outlets were abuzz as a hacker stole a total of $150 million worth of digital assets from users. Game creator Sky Mavis reimbursed the victims, but this emphasizes the flaws of the NFT space.

We can’t be sure of the hype.

You can find many CryptoPunks still up for sale on the OpenSea marketplace. Their secondary market value is a bit more affordable as many of them are just worth thousands of dollars.

We can’t say for sure if the CryptoPunks hype has cooled down or if it will heat up again. As more famous people buy them, we may see a resurgence in the average sale price and NFT volume.

How Can I File My NFT Taxes?

What Is The Azuki NFT Collection?

How to buy CryptoPunks

If you’re decided on buying CryptoPunks, you will need a digital wallet and accounts for crypto exchange and the OpenSea marketplace. Here is how it works:

You could say that investing in CryptoPunks is similar to the London Punk movement. It goes beyond traditional art by selling the most outlandish pieces.

CryptoPunks continues to capture public attention even now. However, you should look outside CryptoPunks as there are other options in the non-fungible token market.

Those can turn out to be million-dollar hits or not. Just remember that this article does not provide investment advice. If you want to invest for financial freedom, speak with a money advisor.