Are NFTs Worth It? - The pros and cons of investing in non-fungible tokens

If you use the internet frequently, you’re bound to come across all sorts of investment advice. Perhaps your friends are now getting into stocks, or you’ve seen a few online articles about the matter. You may have also heard about people investing in digital art.

Some people snap up the latest NFT projects as soon as possible to use them as investments. Is it a good idea since more people are doing it nowadays? Fortunately, we will talk all about NFT investments in this article!

First, we will have to discuss what an NFT is and what this technology does. After that, we will delve deeper into the reasons why some people purchase or ignore these digital art pieces. That way, you’ll have an easier time thinking about whether or not you should invest.

Why learn about cryptos before investing in NFTs? 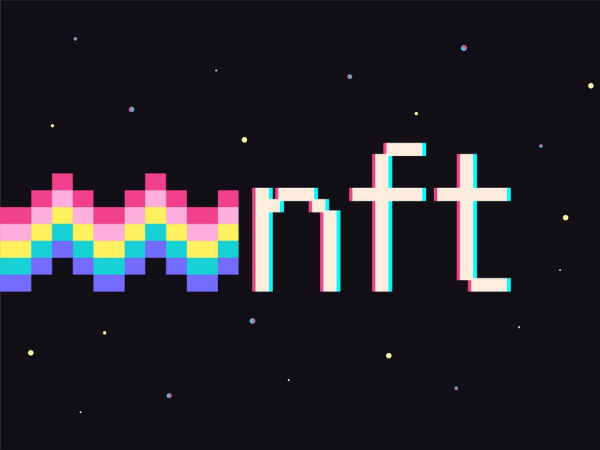 If you’ve heard of NFTs, you’ve probably heard of cryptocurrency. That’s because the latter makes this type of digital media possible.

Specifically, it’s the crypto networks that make it possible. That’s why you have to learn about it first. After all, research is one of the most crucial aspects of investing.

You’ll spend a lot of money on it, so you should know your chances of earning more. You can only figure that out if you understand how the asset works.

What is a cryptocurrency?

Let’s discuss cryptos by using the first one ever as an example: Bitcoin (BTC). Satoshi Nakamoto released it in 2009 intending to create a new financial system for the world.

The current one relies heavily on governments and financial institutions. This is why they can exercise so much control over the flow of money and data from everyone using the system.

Bitcoin may change all that by creating a system run by the people and for the people. It runs via a decentralized computer network called a blockchain.

These folks could volunteer as miners who will confirm bitcoin transactions. Each one has encryption protecting them, and a certain code could break it.

It’s up to the miners to figure out the code for each transaction using their computers. The first one to get a “winning solution” may add a new block of data to the crypto network.

This is why it’s called the blockchain. What’s more, the winner gets proof-of-work which lets that person earn more cryptos as a mining reward.

Bitcoin came out as open-source software, so people started to tinker with it. Eventually, we saw more cryptocurrencies besides bitcoin that had more features, such as NFTs.

What is a non-fungible token?

Looking to purchase your first NFT?

We keep throwing the term “NFT” around, but what does it mean? You may have seen it in news reports about people earning millions from selling these.

That’s what started the NFT craze. Someone named Beeple sold his art piece as an NFT and earned $69 million from it. Now, more folks want to strike gold as well.

This makes it unique despite numerous copies available for free. Now, you may be asking, “Why should I buy an NFT if I could get a replica at no cost?”

A lot of people ask this when figuring out if NFTs are worth it. Fortunately, we could answer that right now by using regular collectibles as an example.

Before the NFT craze, people have been collecting stuff, such as baseball cards. Now, there’s a hype surrounding Pokemon cards thanks to online influencer Logan Paul.

Believe it or not, he joined a wrestling match on April 3, 2022. Paul entered the ring with a $5 million dollar Pokemon card hung on a necklace.

You could apply the same argument against NFTs with this card. You can get an image of that card on the internet. You could even buy the right equipment to create a physical copy.

Yet, the one Logan Paul wore in that WWE match has far more value than a replica because it’s the original. The same goes when comparing an NFT with copies!

Yet, an NFT isn’t just a form of digital art. It’s just that the art forms gain more media attention. It can be anything that has ownership recorded on a blockchain.

Here are the other uses of NFTs

Play-to-earn is an important shift in the nature of work; we look forward to working with physical nations (governments) on a path forward that encourages innovation and empowers gamers.

You can find video games that let you earn NFTs and cryptocurrencies while playing. Then, you could sell those for real money. Let’s use Axie Infinity as an example.

It’s one of the most popular NFT games right now, especially in the Philippines. Axie allowed Filipinos to have fun while making extra cash.

As mentioned, an NFT can make something unique by tying the ownership to a crypto network. Also, non-fungible tokens aren’t just for digital goods.

You could also turn a physical item into an NFT, such as concert tickets. As a result, nobody but the buyer could use that ticket. This can prevent scalping, so people can rely on getting a fair price for their admission.

Owning a home means keeping the deed to your land safe. Also, you will have to hope that your local government will secure their copy as well. Otherwise, you put your ownership at risk!

That will soon be a thing of the past with NFTs. In 2021, someone in Portugal bought a real home using the cryptocurrency Cardano (ADA) and recorded his deed as an NFT.

What’s great about investing in NFTs?

So much happening with NFT gaming right now. So many questions!

💰 Is play-to-earn sustainable?
🎮 What is @YieldGuild?
🦎 How does @AxieInfinity generate revenue?

The latest Around The Block has answers 👇https://t.co/fqe1Y6yFtH

We just talked about what non-fungible tokens are and what they do. Now, we could discuss whether or not an NFT is worth it. Let’s talk about the benefits of this investment.

First, it lets you enter a burgeoning technological trend that’s growing around the world. You may have not noticed, but companies are exploring new ways to apply NFT tech.

For example, major supermarket chain Walmart is quietly preparing its cryptocurrency and NFTs. Meanwhile, the next line of Samsung TVs will allow users to interact with their collections.

It will be a part of our lives eventually, so you should learn all you can. You may even go one step further by investing in NFTs yourself.

Buying them is quick and easy.

More people could think that NFTs are worth it because everyone can invest. As long as you have enough money, you could purchase as many of these as you want.

You don’t have to go through a lot of paperwork or other processes. Just have the cryptos ready, pick the ones you want, then confirm your transaction. It’s just like online shopping!

They could be worth millions in the long run.

we're giving away a Doodles NFT

Still, the prospect of long-term value growth is arguably the most appealing aspect of NFTs. Most people buy them as soon as possible because they think their prices will increase eventually.

We could look at Pokemon cards again as an example. These trading items have been around for decades. Back then, children used to collect them, so they could play with others.

Those cards were a lot cheaper because people can buy them from store shelves. As time passed, retailers stopped selling the old models.

They became rarer as time went by. Eventually, people can now sell them for millions of dollars. Many investors think NFTs are worth it because they believe they could do the same.

Why do other folks avoid NFTs?

The NFT world does have its share of flaws. The most glaring one is that it’s a highly speculative asset. It has value because people say it has value.

Of course, you can say the same for every other commodity. Let’s take the humble chicken McNugget as an example. You could probably get some for a couple of bucks or less.

That wasn’t the case with one that just happened to be in a promo box for the K-Pop group BTS. It also happened to look like a character from the online game Among Us.

This one sold for $99,997.00 at an online auction. Someone was willing to drop that much money on it, so they got it at that price. Some NFT investors think this may happen with their collection.

However, this approach places a lot of faith in blind luck. It’s not easy to confirm if someone will be willing to pay thousands of dollars for your piece of digital art.

Unless someone does, you’re probably not getting a return on your investment. Also, there’s an issue with how you store your NFTs.

How To Create NFT Art

The Most Affordable NFTs Right Now

Your NFTs may get stolen.

You will have to choose where you store your NFT collection. Some platforms let you store them on an account. If your marketplace gets hacked, you may lose your NFTs.

This is why many people get their NFTs on the OpenSea marketplace. Its users store their cryptos and other assets in their digital wallets instead of the platform itself.

The Ronin Wallet network got hacked, causing its users to lose a total of $150 million worth of digital assets. Fortunately, the game’s creator Sky Mavis reimbursed the victims.

Still, this emphasizes one of the risks of investing in these digital media. This is why you have to think long and hard about whether or not NFTs are worth it.

More people are buying NFTs nowadays, so they can use them as an investment. However, you should plan carefully before entering this growing market.

Remember that many of them cost hundreds if not thousands of dollars. That’s why you should only invest the money that you can afford to lose.

Note that this article is not meant to provide investment advice. You may speak with a financial advisor for professional assistance in buying assets.