Will Smith releases statement of apology over the Oscars slap incident

Will Smith releases statement of apology over the Oscars slap incident

Actor Will Smith has issued a statement of apology for slapping fellow actor Chris Rock during the Oscar awards on Sunday. On Monday, Will Smith reprimanded his behavior as “unacceptable and inexcusable” on an Instagram post.

He said, “I would like to apologize to you, Chris. I was out of line, and I was wrong.”

After the Oscars guild called out Will Smith, the actor released a statement over the incident. They also announced they would formally review if Smith should be facing sanctions.

While it’s still fresh news to everyone, this news could still go on for a few days. Will Smith slapped Chris Rock onstage. Following Rock’s joke about Smith’s wife, Jada Pinkett Smith. The actress with a shaved head is dealing with a hair condition called alopecia.

Moreover, Smith also wrote, “Jokes at my expense are a part of the job, but a joke about Jada’s medical condition was too much for me to bear. And I reacted emotionally. I would like to publicly apologize to you, Chris. Also, I was out of line, and I was wrong. I was embarrassed, and my actions were not indicative of the man I want to be. There is no place for violence in a world of love and kindness.”

He also added in the post, “Violence in all forms is poisonous and destructive.”

Smith was apologetic to Rock and stated that he was “out of line.” He also extended his apologies to the Williams family and the Academy.

He said, “I deeply regret that my behavior has strained what has been an otherwise gorgeous journey for all of us.”

Meanwhile, the Oscars stated that they “condemn the actions” of the actor. “We have officially started a formal review around the incident and will explore further action and consequences in accordance with our Bylaws, Standards of Conduct, and California Law.” 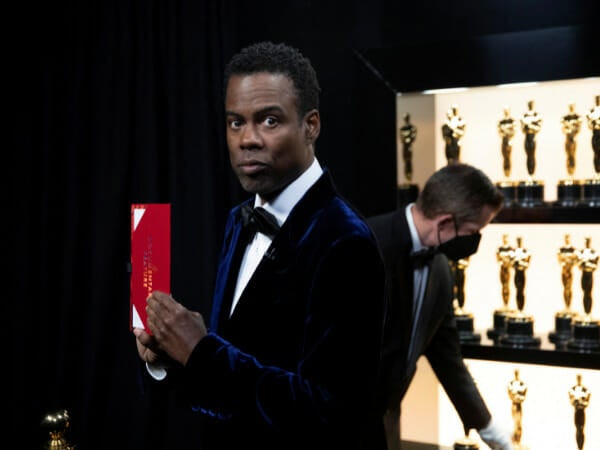 The actor, Will Smith, and his PR team are optimistic that the apology would be enough. To save his career and his relationship with the Oscars. They are also hoping that the released statement of apology would somehow cool down the burning issue about what resurfaced on Sunday night’s awards.

Even with the release of his apology, it won’t mean that the story will die down. Aside from his statement, everybody is looking forward to what Chris Rock has to say about the incident. The comedian hasn’t said anything yet and is about to release his statement soon.

Although knowing Rock, he will just shrug it off into another joke. He even refused to file a police report. And according to sources, he went and joined Smith’s camp backstage after the strike. He said, “That’s the only time Muhammad Ali hits you, and it doesn’t leave a scratch.”

The Los Angeles Police Department confirmed that Chris Rock did not want to press any charges.

While many are expecting that the headlines will cool down in a few days, this year’s Oscar events will haunt those involved for the following years to come. The journalist will not be able to hold back asking about the incident. If in case the two would have future film or show endeavors.

The Academy does not condone violence of any form.

Tonight we are delighted to celebrate our 94th Academy Awards winners, who deserve this moment of recognition from their peers and movie lovers around the world.

In addition, the Academy Awards released a short statement via Twitter. “The Academy does not condone violence of any form. Tonight we are delighted to celebrate our 94th Academy Awards winners. Who deserves this moment of recognition from their peers and movie lovers worldwide.”

On Monday, the Academy issued another statement. They are condemning Smith’s actions. They also revealed that they are doing a “formal review around the incident.”

The Academy also said that it “will explore further action and consequences in accordance with our Bylaws, Standards of Conduct, and California Law.”

Before the Academy’s statement, CNN heard from a source. The Academy is “strongly considering” removing Will Smith from the Oscars telecast.

According to the source, “There were immediate discussions, but the Academy decision-makers were in various spots in the Dolby Theater. And they couldn’t mobilize to decide before he won the best actor.”

The two sources with details about the meeting also added that a dozen members of the Academy met virtually. To discuss a response to Smith’s slap incident. They also said that the discussion was “divided” and “heated.”

Although there was no agreement on whatever action will take a course, the members who met were the most influential and recognizable Academy members. Though the high-profile group does not have any disciplinary power, they are highly respected enough. And they can directly influence any response from the Board of Governors for the Academy.