Economic Sanctions - More than One Way to Stop Global Conflict

Economic Sanctions – More than One Way to Stop Global Conflict

Everyone’s talking about sanctions as the conflict between Ukraine and Russia escalates. Yet, most people say neighboring countries aren’t doing enough to help Ukraine. Others cry out their support for sending troops to this country.

Check social media, and you’ll see that people share the sentiment that sanctions do not work. Yet, you don’t hear or read many conversations discussing how sanctions work. After reading this article, you should get up to speed about the Sanctions Regimes.

That’s why we will start by sharing more details about sanctions and their inner workings. Then, we will go through the types of sanctions and the ones that countries have recently imposed on Russia. Later, you’ll see why countries prefer this option over direct intervention. Some experts to these as Sanctions Regimes, economic, financial, sectoral, or trade sanctions implemented, administered, or enforced by any Sanctions Authority.

Most people prefer calling them sanctions for the sake of simplicity. Yet, they refer to the same thing. That “authority” can either be a country or a group of countries such as the UN.

More importantly, they now have the world’s attention because of the ongoing conflict between Ukraine and Russia. Many countries have imposed them against Russia.

Yet, sanctions aren’t just useful for armed conflicts between nations. Authorities have been implementing them for a variety of other purposes.

For example, they could put a stop to illegal activities, such as:

Nations don’t just place sanctions on other countries either. They may impose them on certain organizations, financial institutions, and even individuals.

Based on the definition, sanctions can inflict different effects. After all, authorities have to apply the most suitable approaches for each situation. 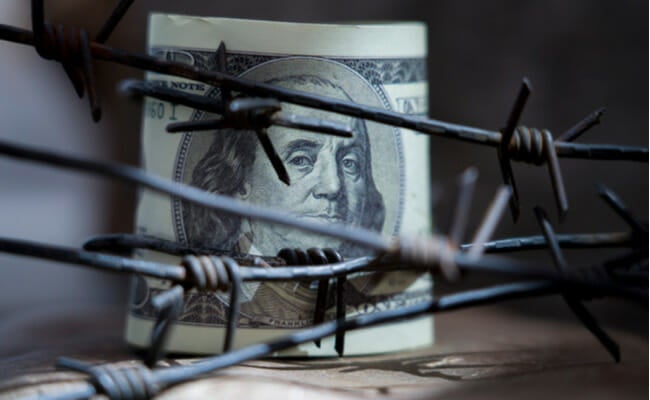 The acronym stands for “Society for Worldwide Interbank Financial Telecommunication.” It’s a tool used by banks worldwide to quickly and securely communicate with each other.

Specifically, they use it to exchange financial information among the members safely. If a bank isn’t part of the system, it won’t deal with those banks.

This could impose a serious blow on a country’s economy. This is especially true if you invest in foreign assets like stocks and bonds. There are other types of economic sanctions, though.

Read More: How To Deal With Uncertainty

Here are other examples:

NEW RUSSIA SANCTIONS: The UK has imposed more sanctions on leading oligarchs. These associates of Putin are now cut off from their significant interests in UK.

You may have also heard a lot of countries and global organizations that express their condemnation of Russia’s actions. Those count as diplomatic sanctions.

Others take it further by reducing or removing diplomatic relations with other countries. They may remove embassies in the area or cancel important government meetings.

Regular folks believe that these are nothing but empty words. Look closely, and you’ll notice how they affect relations among nations. This could prevent them from benefiting from other countries.

Imagine if several nations agreed on helping each other deploy a certain type of energy, such as solar or wind. They may share resources to help each other transition to renewables.

Sanctions may prevent your country from even entering such agreements. This type of energy could have lowered your electricity costs, but the negative foreign relations keep you from gaining such benefits.

FIFA and UEFA suspend Russian clubs and national teams from all competitions.

It may seem strange that a basketball game or a football match could have a significant global impact. Yet, you’ll often notice this with the Olympics.

They were meant as a show of unity among countries. Unfortunately, countries have used it over the years to promote national pride. As a result, it has become a geopolitical tool.

In light of the Ukraine-Russia crisis, the International Olympic Committee (IOC) recommended blocking the participation of Belarusian and Russian athletes in the next Olympic event. 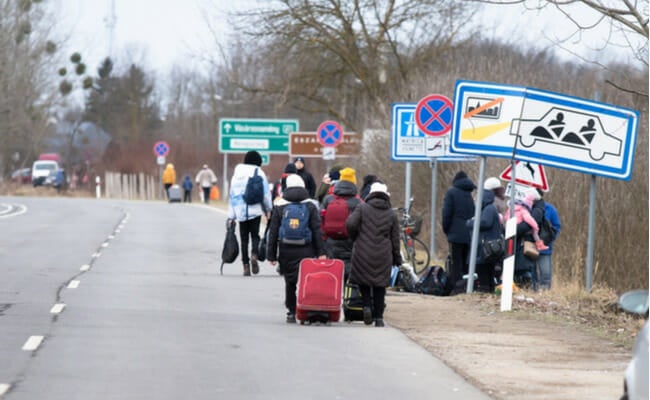 Besides economic sanctions regimes, countries may implement ones that involve military force. Otherwise known as military intervention, people refer to it when they call for sending troops to Ukraine.

Nowadays, they’re frowned upon, especially because of World War II. This caused several countries to form the UN. Its Charter forbids the use of military force except in the case of self-defense.

Specifically, the United Nations Security Council (UNSC) may only decide on military sanctions under Chapter 7 of the UN Charter.

With nowhere to hide and no more legal loopholes, we can make sure polluters and offenders face a punishment that fits the crime.

We support changes to EU laws that harmonise how we classify environmental crimes in the EU and that enforce sanctions.#RecognizeEcocideNow

Did you know countries can also have a sanctions program for environmental offenses? We even have an international law for such actions as illegal logging.

Nowadays, global awareness of environmental impacts is spreading. We are now seeing how the destruction of the environment in faraway countries can affect us.

That’s why we now have environmental sanctions. They still have some flaws, but continents like Europe are looking to improve these international actions.

Here are some examples of environmental sanctions:

What are the sanctions on Russia so far? 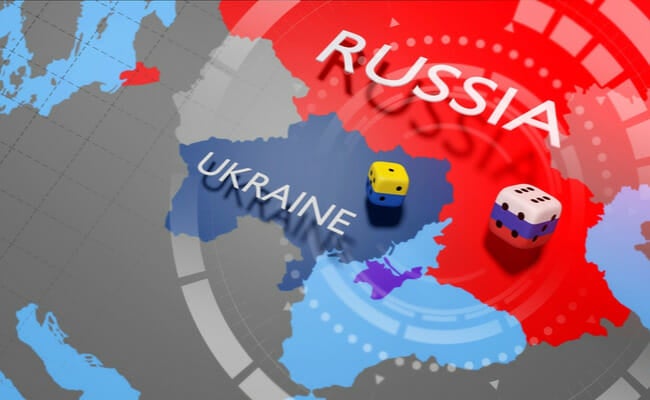 Let’s turn our attention to recent events once again. At the time of writing, there have been ten groups that have imposed economic sanctions on Russia.

Here are the countries and international organizations that have imposed sanctions:

I will just share details regarding the top three for simplicity. Note that this is a developing story. New sanctions and groups may enter the fray as the conflict escalates.

Here are the sanctions imposed by the US, the UK, and the EU:

Today, I am authorizing additional strong sanctions and new limitations on what can be exported to Russia. This will impose severe costs on the Russian economy — both immediately and over time.

I welcome the EU countries' agreement on new sanctions against Russia.

Russia has manufactured this crisis and is responsible for the current escalation.

We will now quickly finalise the sanctions package, in coordination with our partners. https://t.co/k7E8pSZbfH

Now law: Our tough new sanctions regime against Russia, giving the UK the power to target individuals and organisations of strategic value to the Russian state.

We will use these sanctions if Russia invades Ukraine. Nothing will be off the table 👇 https://t.co/sAA1pHq9Lm

Why don’t countries send troops instead?

Russian occupation forces are trying to seize the #Chornobyl_NPP. Our defenders are giving their lives so that the tragedy of 1986 will not be repeated. Reported this to @SwedishPM. This is a declaration of war against the whole of Europe.

Many people are frustrated that countries refuse to send troops to Ukraine. You can find many arguments about how sending supplies and funds isn’t enough support.

We have to look back at how international relations work to understand why countries impose sanctions. Many of them enter agreements with each other for economic and military cooperation.

They agree to trade freely with each other and benefit from doing so. This discouraged them from engaging in military actions against each other.

Would you still attack your neighbors if you’re getting a lot of benefits from working with them? Countries nowadays follow this principle. Yet, this also places obligations for the parties involved.

If one member is under threat, the others are obliged to provide aid. In some cases, they would have to impose military intervention. After all, it would make sense for these allied nations to defend each other.

Countries know this. That’s why they prefer such sanctions instead of engaging directly with the Ukraine-Russia conflict. They want to preserve international peace as much as possible.

What are sanctions doing to our daily lives? 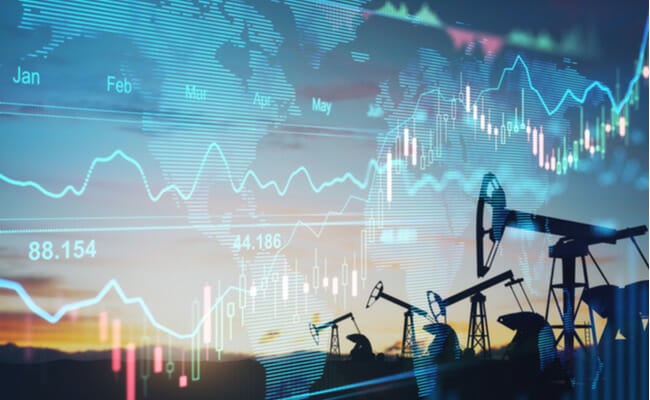 We all pray for the safety of the Ukrainian people and the end of this major conflict. Yet, ordinary people may believe that it ultimately doesn’t affect them.

Your country is probably thousands of miles away from this crisis. Contrary to popular belief, it’s impacting your life right now. You may have seen it while at the gas station.

Gas prices set an all-time high never before seen since Hurricane Katrina in the US. The Indian Rupee and the Philippine Peso are the most impacted Asian currencies.

This is also shooting up food prices since Russia and Ukraine produce 29% of global wheat exports. This means spending more money on bread, the staple food for most Western countries.

What Are Skimpflation And Shrinkflation?

In his book The Art Of War, Chinese general Sun Tzu said that war is highly expensive. That’s why funds are crucial for any military endeavor, even with recent ones like the Ukraine-Russia conflict.

Many experts say that the economic sanctions make it harder for Russia to fund its war efforts. Yet, its ultimate effects on the entire conflict remain to be seen.

We hope that this crisis ends soon for the sake of the international community. Read more Inquirer USA articles if you’d like to get up-to-date with the latest developments on this issue.

LATEST
How to Create a Successful Femtech Startup
Breakfast in, shopping out: US tourists hit by rising dollar
How to Create the Perfect Pitch: Tips and Tricks
5 Things Small Business Owners Need to Do to Retire Comfortably
Private sector to allot $8 billion for battling US hunger
10 Ways to Build a Better Business Model