Equity founder sentenced 15 months in prison in US college scandal

A private equity financier was sentenced on Wednesday to 15 months in prison for participating in a vast U.S. college admissions fraud scheme by conspiring to pay bribes to secure spots for his children at top schools.

The sentence imposed on John Wilson, the founder of Hyannis Port Capital, was the longest that any of the dozens of parents, coaches and other defendants charged in the “Varsity Blues” college admissions scandal have received to date.

U.S. District Judge Nathaniel Gorton in Boston issued the sentence a week after sentencing another parent, former Wynn Resorts executive Gamal Aziz, to a year in prison after both men were convicted in the first trial to result from the scandal.

Prosecutors argued Wilson, 62, deserved a longer sentence as his attempts at securing his children spots at the University of Southern California, Harvard, and Stanford with $1.2 million in bribe payments involved more extensive crimes. 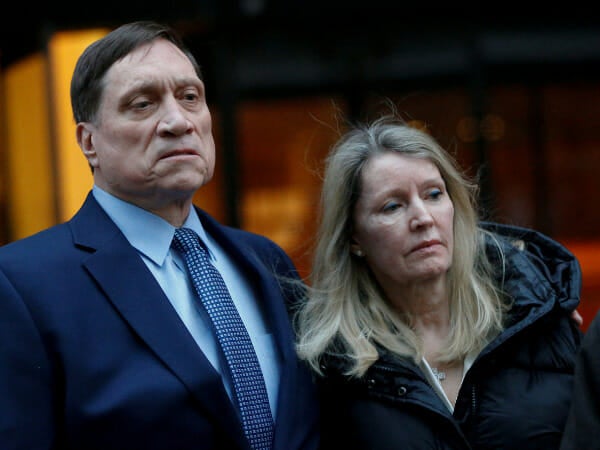 Private equity firm founder John Wilson, who is charged with participating in a scheme to pay bribes to fraudulently secure the admission of his children to top schools, the scandal known as “Varsity Blues”, leaves federal court for sentencing in Boston, Massachusetts, U.S., February 16, 2022. REUTERS/Katherine Taylor

“I hope you and others get the message and that you spend the rest of your life and considerable fortune making up your egregious conduct,” Gorton said.

He also fined Wilson $200,000, ordered him to pay $88,546 in restitution to the Internal Revenue Service and required him to perform 400 hours of community service. 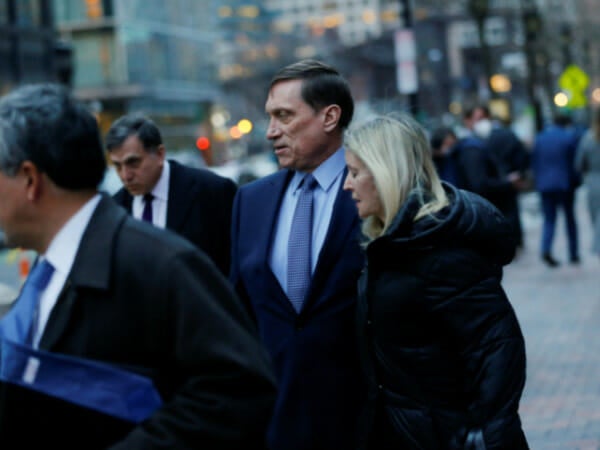 Private equity firm founder John Wilson, who is charged with participating in a scheme to pay bribes to fraudulently secure the admission of his children to top schools, the scandal known as “Varsity Blues”, leaves federal court for sentencing in Boston, Massachusetts, U.S., February 16, 2022. REUTERS/Katherine Taylor

Prosecutors said Wilson in 2014 paid $220,000 to secure the admission of his son to USC as a water polo recruit.

About $100,000 went to a USC account controlled by Jovan Vavic, a water polo coach who took bribes to designate the children of Singer’s clients as recruits, prosecutors said. Vavic faces trial next month on related charges and has pleaded not guilty.

Prosecutors said Wilson later in 2018 paid $1 million in bribes to have his twin daughters admitted to Harvard and Stanford as sailing recruits.

Wilson has denied wrongdoing, arguing he believed his money would be used for university donations. He apologized, though, “for any negative effect my actions have had on the trust and confidence people have in the college admissions process.”

(Reporting by Nate Raymond in Boston; Editing by Aurora Ellis and Rosalba O’Brien)